For decades, coffee was Kenya's largest export, and it still supports the lives of 600,000 farmers there. But disease and low prices have wiped out nearly 60% of production. Coffee-growing families in the Mount Kenya region that could pay their children's school fees 20 years ago are now struggling to make ends meet.

Francescah Munyi's mother is one of those farmers. That's partly why Munyi started KOFAR, a company that converts biodegradable waste into compost, which she sells to farmers like her mother to boost yields. By filling a critical market gap, she expects to double sales in 2019 and now serves 6,000 farmers. And Munyi is not the only entrepreneur making a difference.

Moses Kimani, founder of Kenyan precision agriculture company Lentera Africa, is working with farmers to create new ways to fight pests and disease — boosting yields by nearly 50% on some farms — while eliminating chemical fertilizers. Lentera harnesses new technology, from drones to weather monitoring apps, to precisely identify which inputs and techniques are best for each plot of land. 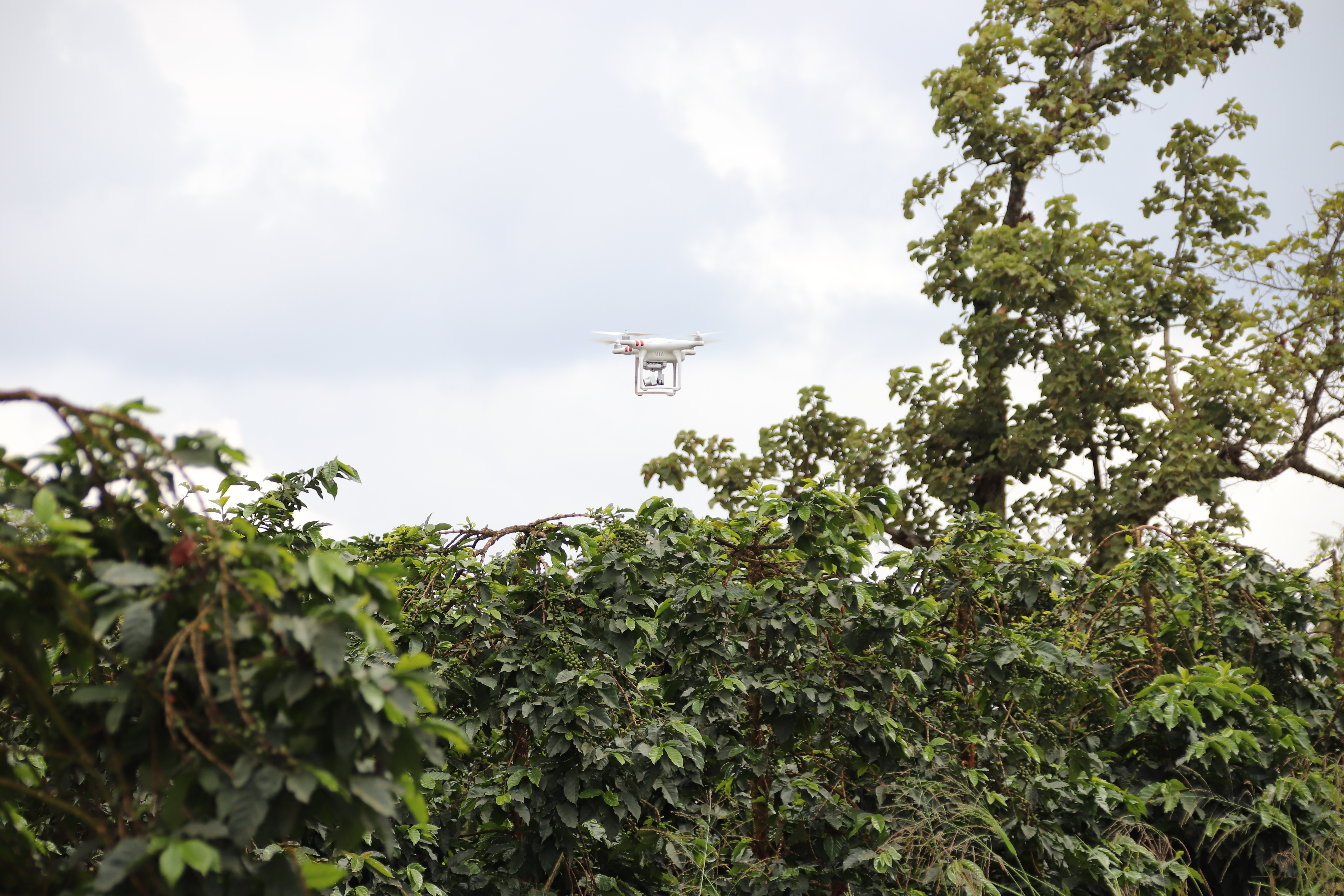 Lentera Africa and KOFAR are at the forefront of Kenya's growing restoration economy, led by entrepreneurs that revitalize degraded land while turning a profit. The opportunity to invest in restoration is larger than you might think. Every $1 invested provides up to $30 in economic benefits. Lentera has already created 10 full-time jobs and is helping 4,000 farmers — with both large and small parcels of land — to boost their yields and incomes.

But Kimani had faced serious challenges scaling up to reach more farmers and restore more land, even though his team has the ambition and a profitable business model.

A Missing Middle Keeps Restoration Businesses From Scaling Up

There are relatively few investors that fund companies seeking finance between $20,000 and $200,000 in Africa, since this range is too large for microfinance and too small for institutional investors. This creates a "missing middle," where businesses have limited options. But that's precisely the amount of capital that most restoration businesses in Africa need at their early stage of growth.

Most African restoration businesses face other barriers to attracting investment, too. Their founders often lack the confidence to compellingly tell their businesses' stories and explain their unique value proposition. Restoration entrepreneurs, usually based in rural areas, often work in isolation from the start-up networks that tend to concentrate in cities. Investors are also wary of funding businesses that take longer to mature, but restoring land takes time.

Even in Kenya, it's not only Lentera that needs help. We found Caroline Kariuki and Kuki Njeru, the CEO and Chief Outreach Officer of Nyeri-based GreenPot Enterprises, at their busy nursery on a drizzly day. Together, they are planting bamboo to restore soils, make rivers flow again and bring cash to local farmers. 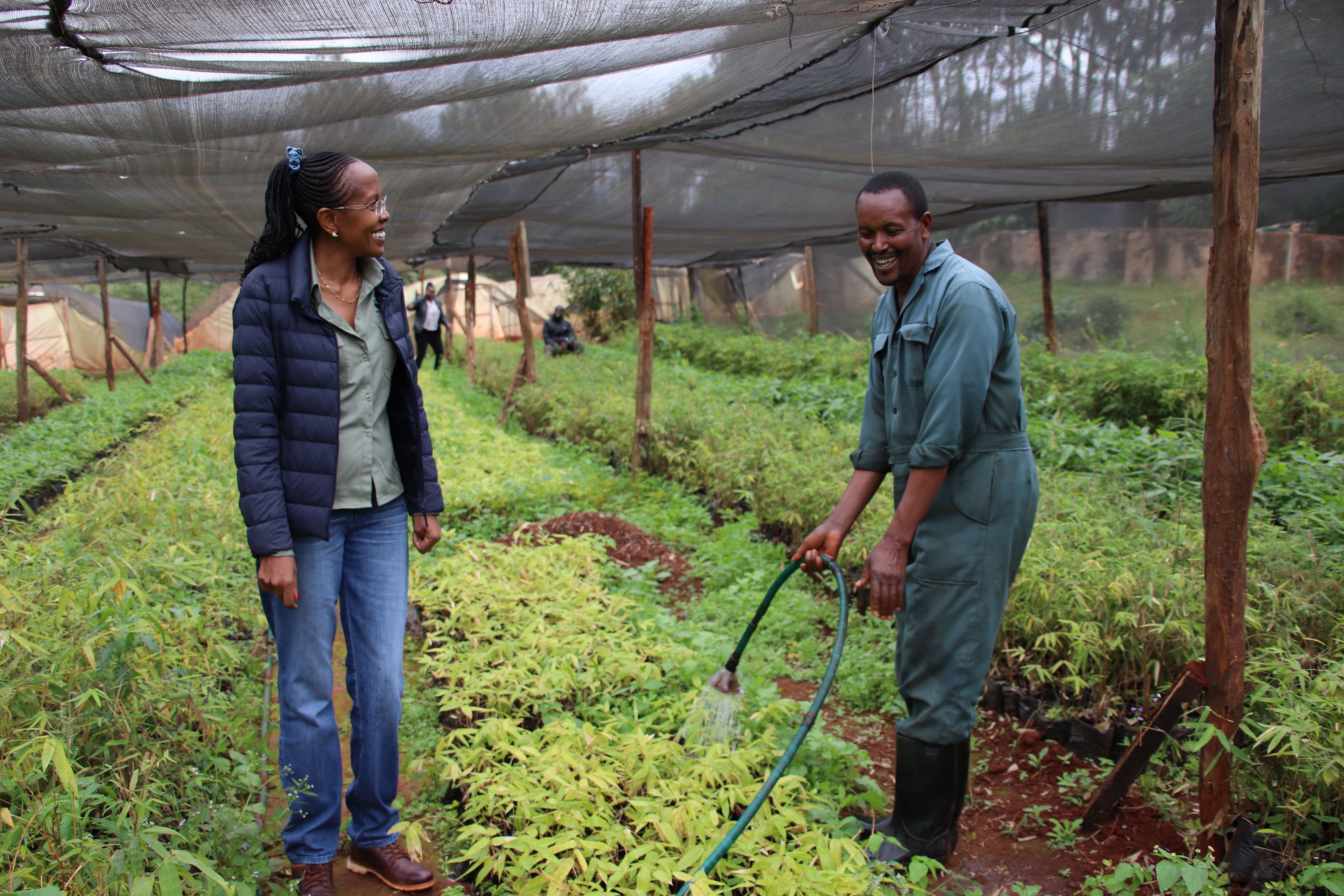 Caroline Kariuki, CEO of Kenya's GreenPot Enterprises, with one of her employees at a bamboo nursery. The company's bamboo helps farmers restore degraded land and make extra income. Photo by Will Anderson/WRI.

In rural Nyeri, a hilly and green landscape three hours away from bustling Nairobi, farmers have stripped the hillsides of trees to plant more crops. Trees lock moisture in the soil and their roots prevent erosion, so as an unintended consequence, rivers dried up and soils washed away with severe flooding.

At the same time, traditional crops like coffee are suffering from disease, and climate change has changed rainfall patterns, shifting planting cycles. The result is an increasingly precarious situation for farmers in Nyeri and throughout Africa.

GreenPot works with 800 farmers to plant clustering bamboo (a non-invasive variety) across nearly 500 hectares. Twice a year, farmers selectively harvest part of the plant while leaving the rest nearly intact. This keeps soil in place and carbon stored in the stalks.

It's a great deal for farmers, too. GreenPot buys the bamboo and then sells it to processors to use in the energy, construction and textile industries. Plus, bamboo takes minimal effort to cultivate. Kariuki and Njeru wanted to build a processing factory to expand to new markets and put more money into farmers' pockets.

Closing the Training and Investment Gap for Africa's Entrepreneurs

Kimani of Lentera, Munyi of KOFAR, and Njeru of GreenPot have all joined the Land Accelerator, an intensive, four-month training and networking program to help restoration entrepreneurs from African countries scale up to success. Led by WRI in partnership with AFR100 and Fledge, the program's first two cohorts received nearly 600 applications in one year. In September 2019, 14 entrepreneurs from eight countries pitched to a room of over 100 investors and members of Nairobi's business community, telling their stories and making connections.

At the Accelerator, Njeru met investors and connected with other entrepreneurs. GreenPot is in the process of raising additional capital, allowing the company to begin construction on a bamboo processing factory. With its new factory, GreenPot could create more jobs and begin exporting finished products, like tables and flooring, to the international market.

And Kimani of Lentera has received good news recently. The company secured a $50,000 loan and won a $10,000 cash prize based on Kimani's improved pitch developed during the Land Accelerator. Lentera is now helping Kenyan farmers make coffee a viable crop once again.

A Community of Restoration Entrepreneurs

These entrepreneurs are creating a community that connects business and sustainability leaders across Africa. Njeru recently visited Addisu Hailu of SA Bamboo Works, an Ethiopian restoration entrepreneur whose bamboo business has had revenues of over $1 million and has supplied IKEA. By working together, they aim to build a thriving market for bamboo across Africa that can transform thousands of lives. Learning from Hailu has helped Njeru avoid some false steps and accelerate her company's growth. 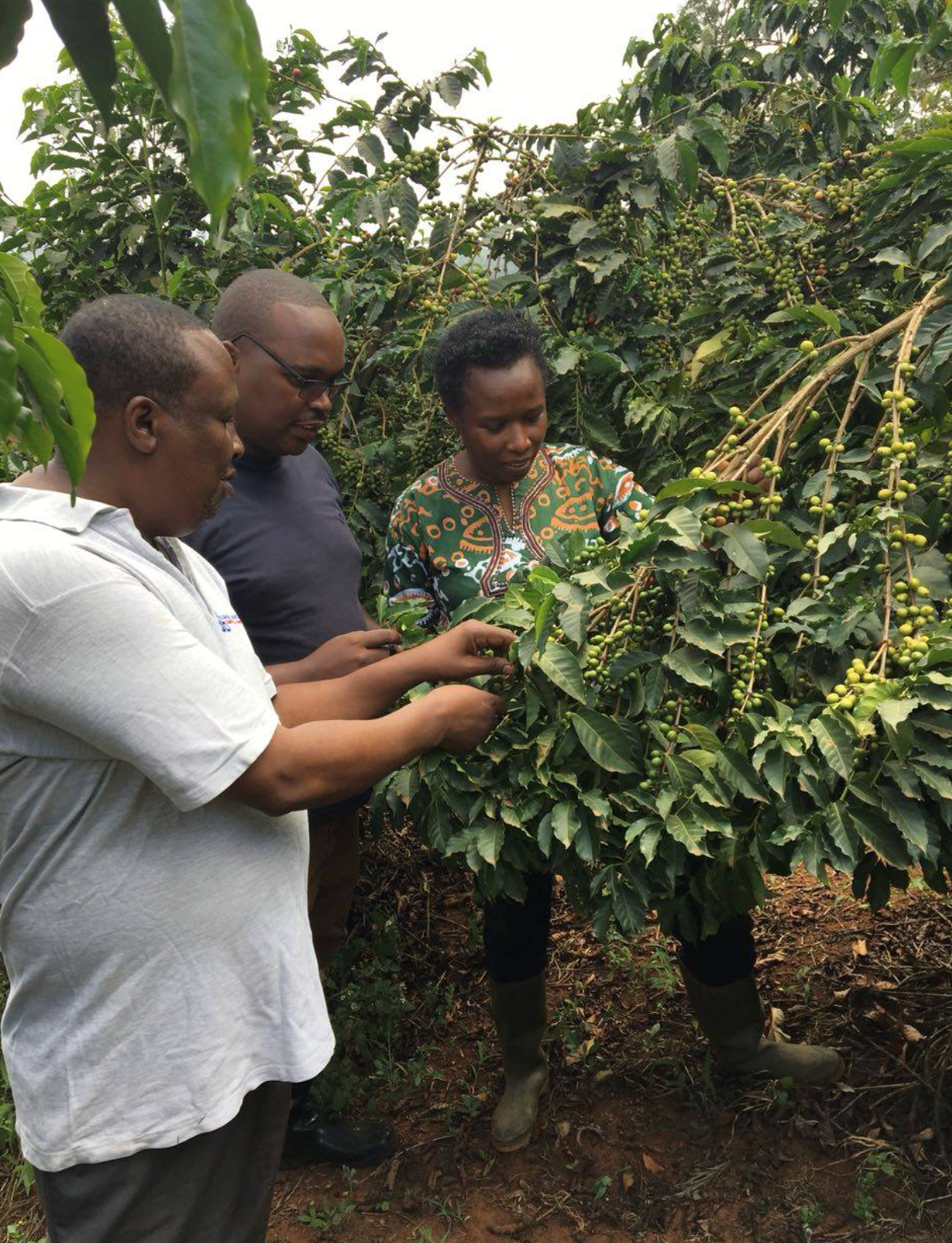 And Debra Magwada of Zimbabwe, whose business Rejuvenate! Umhlaba is trying to create a stock exchange for carbon offsets through restoring land in Zimbabwe, recently visited Munyi at KOFAR. There, Magwada learned how Munyi has built a network of over 70,000 farmers to create a sustainable and expanding market for her products.

There are thousands of restoration entrepreneurs in the world who deserve support in their efforts to mitigate climate change and boost rural prosperity. To serve them, the Land Accelerator will expand to Latin America and South Asia in 2020 while continuing its Africa program. But entrepreneurs need other support, too.

Governments can make it easier for rural businesses to access credit, and could create special funds that finance businesses that improve land. Putting a price on carbon emissions can also support these companies, all of which directly fight climate change, by creating revenue for new programs. These steps will help countries achieve their national land restoration and rural development goals.

There's a role for investors, too. By working with groups like the Global Impact Investing Network, they can make restorative agriculture and sustainable forestry part of their investment strategies. If they don't, they will miss out on the ever-growing restoration economy.

With this support to start filling the missing middle, entrepreneurs can help restore the planet to health and bring prosperity to rural economies.