Trees are obviously good for the planet. What’s not so clear to most people—governments, NGOs, investors, the public—are their socioeconomic benefits. Trees are essential for the economy, our health and our wellbeing.

Research shows that every $1 invested in restoring degraded land generates an estimated $7–$30 in economic benefits, including improved food production, carbon sequestration, and water quality. Yet each year, deforestation and land degradation costs the world $6.3 trillion in lost ecosystem services like agricultural products, recreational opportunities and clean air—equivalent to 8.3 percent of global GDP in 2016.

Despite these clear costs and benefits, restoration receives only a tiny fraction of the funding it needs. That’s where governments come in.

A new WRI report, Roots of Prosperity: The Economics and Finance of Restoring Land, looks at the barriers and opportunities to scale up finance in restoration. 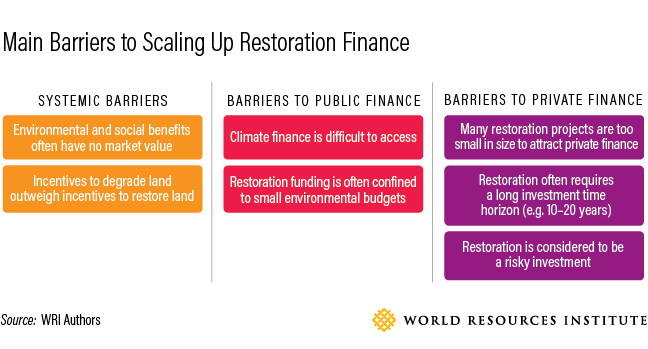 Governments can design policies and strategies that help unlock restoration finance, including: 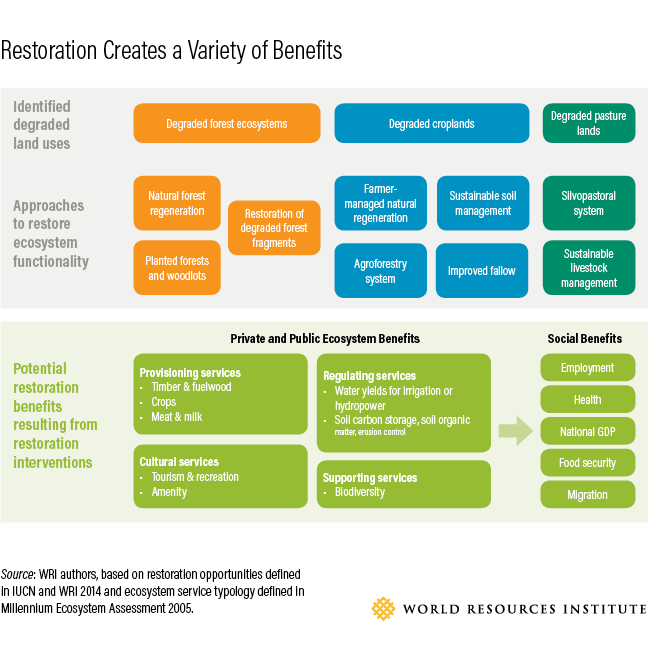 With the Bonn Challenge aiming to restore 350 million hectares of degraded land by 2030, 39 countries have made restoration pledges and more governments are making commitments every year. With the right economic policies and financial mechanisms in place, they can raise the capital needed to turn these pledges into prosperity.