Thirty-six people died in traffic crashes in Washington, D.C. last year, a 20% increase from 2017. Eight people, six of whom were walking or biking, have already been killed this year, prompting a major public rally just two weeks ago. Residents are angry that the city isn’t succeeding in curbing road deaths, despite the fact that Mayor Muriel Bowser committed to end traffic fatalities entirely by 2024.

It’s a common plight. While more than 40 cities in the United States and many more around the world have committed to Vision Zero, a global movement to end traffic-related fatalities and serious injuries by taking a systemic approach to road safety, many are struggling to turn this vision into a reality. Citizens themselves can pursue road safety at many levels— in their schools, workplaces, streets and communities. But it’s the elected leaders who control budgets and priorities for their jurisdiction who really have the responsibility to catalyze lasting improvements that will save people’s lives. As UN Global Road Safety Week kicks into gear this week, it’s time to ask the question: What does political leadership in road safety really look like?

Research on 14 countries that set quantified road safety targets between 1981 and 1999 led to significant improvements in road safety. A target of zero deaths sets the stage for action, but city leaders need to also set ambitious and realistic intermediary targets. This allows policymakers to monitor and evaluate progress, and then adapt programs as needed.

Policymakers should also set context-specific targets and consider adopting additional indicators of success beyond reducing deaths and injuries, such as shifts in public perceptions or achieving systemic changes like setting appropriate speed limits. This allows policymakers to measure progress while waiting for the number of collisions, deaths and injuries to decline.

London is widely recognized as a leader in taking a holistic, systemic approach to road safety. After reducing road deaths by 45% over the past decade by improving street designs and reducing speed limits, Mayor Sadiq Khan formally adopted the Vision Zero concept in 2018. The commitment came with an Action Plan for eliminating deaths and serious injuries by 2041, including intermediary goals to reduce deaths and serious injuries 65% below 2005-09 levels by 2022, and 70% below 2010-14 levels by 2030. The plan also set many other measurable targets to meet along the way, such as specific reductions in fatalities involving public buses establishing speed limits of 20mph on certain streets. 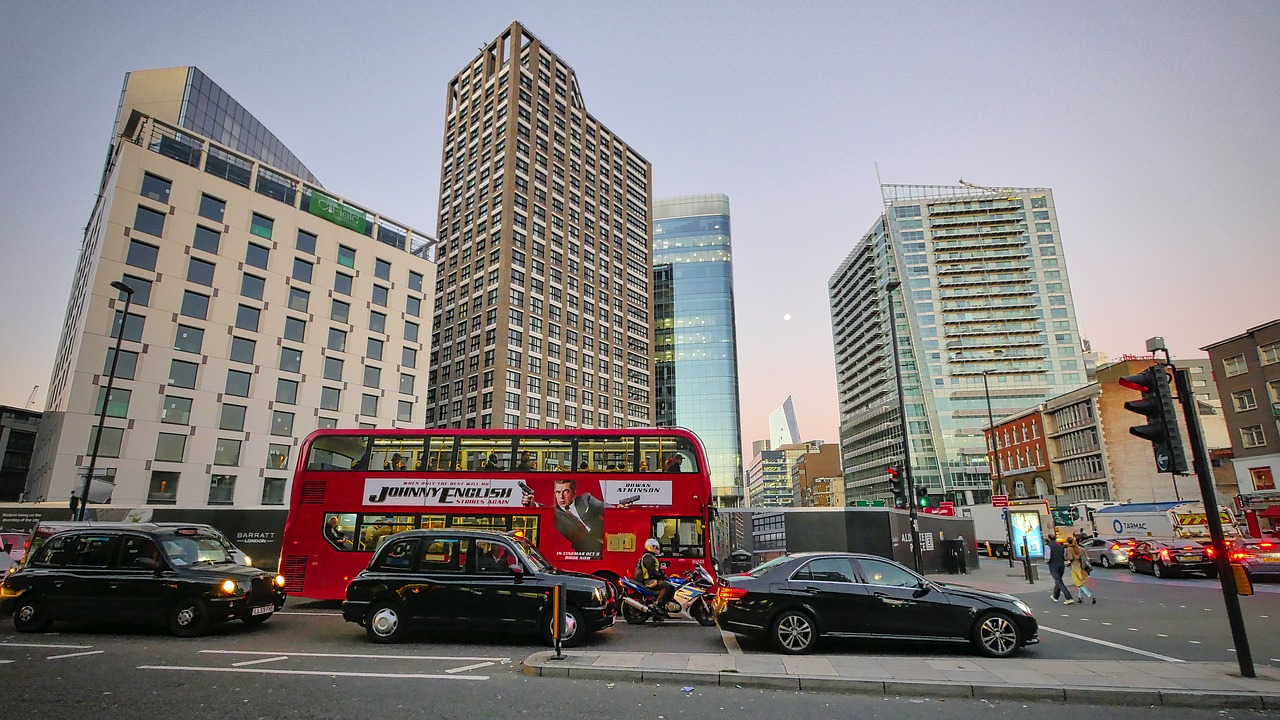 London has reduced road deaths 45% over the past decade by improving street designs and reducing speed limits. Photo by Max Pixel

As more people realize that traffic deaths are one of the leading causes of deaths globally, many multinational and philanthropic road safety funds and networks have emerged to help address the problem. However, local leaders need to back up their commitments to reducing deaths by directly allocating funding for road safety improvements. In addition to the ethical imperative to save lives, this investment is economical: Dangerous roads generate costs in terms of lost lives and productivity, as well as negative impacts on development.

A study by the International Road Assessment Program showed that it would only take 1–3% of road construction budgets to increase road safety, suggesting that the problem is more about awareness and perceptions rather than a lack of resources. Studies also show the benefits of shifting from costly urban highways to well-designed streets with public transport and pedestrian and bicycling infrastructure.

Because road safety is a multifaceted issue, budgets should not be allocated into road safety projects in isolation. Rather, any budget allocation for mobility – from street design to licensing to public transport planning – should be conditional on having a safety component. The Washington Area Bicycle Association (WABA) cited the lack of safe-street principles in major mobility projects as one of Washington, D.C.’s underlying barriers to achieving its Vision Zero commitment. The city currently lacks policies requiring that the millions of dollars to be invested in road infrastructure are spent on projects that achieve safe street designs. 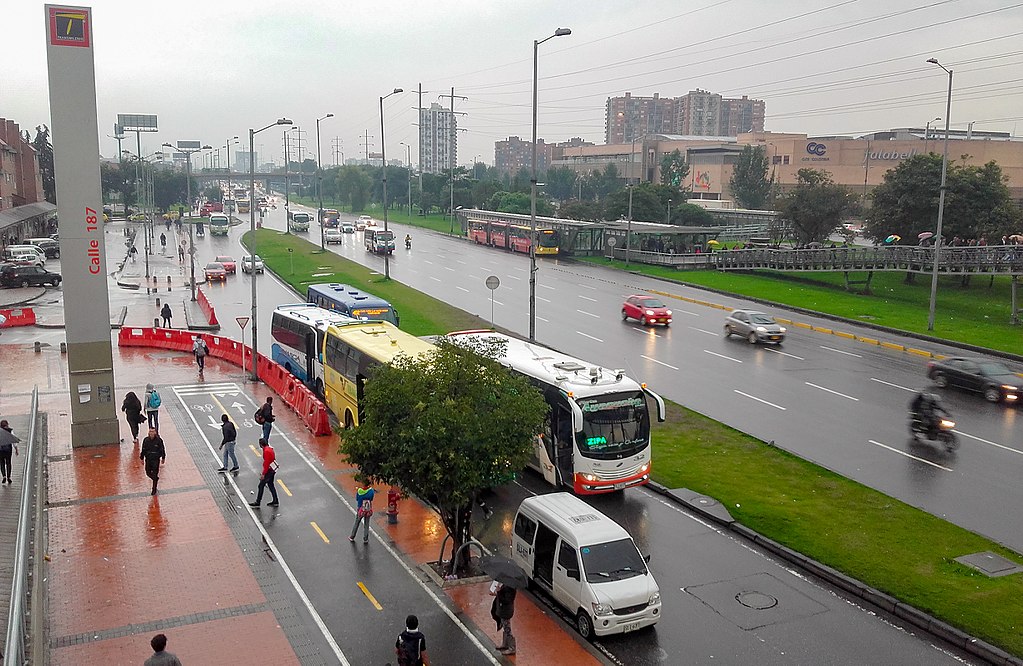 3) A Willingness to Make Tough Decisions to Prioritize Safety

Cities that have emerged as true road safety leaders have made tough but crucial decisions to prioritize safety, like installing speed cameras, lowering speed limits and redistributing street space. These decisions often face initial resistance, but as lives are saved and unexpected co-benefits like reduced congestion emerge, popularity tends to grow.

For example, Bogota, Colombia recently developed a Speed Management Plan to help set and enforce safe speed limits. One of the actions involved reducing the speed limit from 60 to 50 kilometers per hour in five of the city’s most dangerous arterial roads, where about 150 traffic deaths are reported every year. The plan has already reduced traffic fatalities by 32%, saving 22 lives since late 2018. While the public and media initially criticized the move and worried it would increase traffic congestion, preliminary indications suggest that reduced speed limits may have actually improved traffic congestion by evening out traffic flows and reducing bottlenecks.

Many cities, such as Fortaleza, Brazil, are also experimenting with reallocating street space to better balance the space afforded to cars with areas for non-motorized and public transport. In order to mitigate public concerns, Fortaleza started with road safety projects that would have more community support, such as low speed zones around hospitals and schools and improving public spaces.

The city only tackled traditionally unpopular measures, such as speed limit reductions, after the first projects yielded positive results and citizens had the opportunity to experience the benefits firsthand. For example, after 235 people died on two arterials between 2007 and 2017, the city reduced speed limits from 60 kilometers per hour to 50 kilometers per hour and installed new traffic lights, pedestrian signals, cycle tracks, a bus lane and more. The transformation reduced crash-related injuries 41% on one arterial alone.

There’s no denying that city leaders face many complex pressures and competing demands from their citizens. Few parts of cities are more contested than the streets we live and travel on. Leaders can’t backtrack on safety interventions like speed limits in order to gain politically, nor should they sign up for commitments like Vision Zero if they don’t back up their words with action. The ultimate responsibility of leaders is to protect their citizens. Peoples’ lives should not be a political bargaining chip.