Consider the last time you brought home a haul of fresh fruits and vegetables, looking forward to a week of healthy eating, only to have your berries go bad overnight, your greens wilt in the fridge and the avocados go soft on the counter. Wasting food can be frustrating, and a hit on your wallet.

You’re hardly alone in these frustrations—the world has a staggering food waste problem. The UN Food and Agriculture Organization estimates that one-third of all food the world produces is lost or wasted. A quarter of the agriculture sector’s water, and land greater than the size of China, goes toward producing food that is ultimately uneaten. Meanwhile, 8 percent of global greenhouse gas emissions can be traced back to food loss and waste. WRI’s own research shows that tackling this inefficiency is vital for ensuring we can sustainably feed a world population of 10 billion people by 2050.

Fortunately, retailers and others are increasingly coming up with clever ways to reduce food loss and waste in the supply chain and at stores, as well as helping all of us waste less food in our homes. Businesses led by members of Champions 12.3 – an international coalition of executives from government, civil society and business who are committed to achieving the UN’s global goal to halve food loss and waste by 2030 (Target 12.3) – and others are innovating new technologies, foods and strategies to minimize waste.

Here are 12 innovations to know about:

Unilever now uses both red and green tomatoes to make a ketchup for its Hellman’s brand. Tomato suppliers typically discard green tomatoes, leaving them to rot in fields while red tomatoes are sent off to be processed into ketchup. Unilever estimates that before this shift, its Spanish tomato supplier rejected 10 percent of the harvest.

In 2016, activist Tristram Stuart launched a beer called Toast Ale, brewed with surplus bread. In the UK, where Stuart lives, bread tops the list of household food waste, with 24 million slices thrown out each day. That represents only half the problem, with sandwich factories and bakeries also discarding huge amounts. This is where Toast Ale has stepped in, using the grains from otherwise-wasted bread to replace malted barley. Proceeds from beer sales go to Feedback, a campaign group founded by Stuart to regenerate nature by transforming the food system. While the company has its roots in England, Toast Ale is also brewed in New York, Rio de Janeiro, Cape Town and Reykjavik.

Stuart told Bloomberg, “I know bread was being wasted all over the world in industrial quantities while it is still absolutely fresh. I know that there is a distributed global network of craft brewers with whom there is culture of collaboration, talent, real openness and interest in cracking problems. And, of course, [there was already] a global network of food-waste fighters who were looking for entrepreneurial ways to turn food waste into revenue for non-profits.” 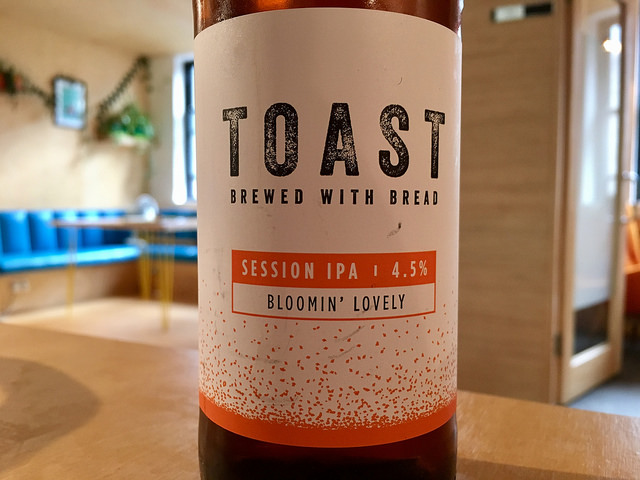 Campbell Soup Company produces "Just Peachy," a salsa made from peaches that are unfit for retail because they are undersized or blemished. In a creative move to address food waste and hunger at the same time, Campbell’s sells the salsa at farmers’ markets and grocery stores, and proceeds benefit the Food Bank of South Jersey. 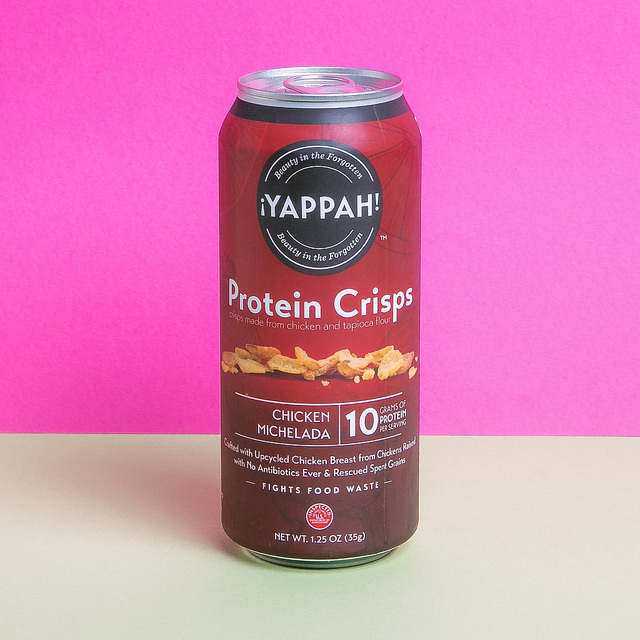 Yappah Protein Crisps are made from leftovers like chicken trimmings and spent grain. Photo by Kurman Communications, Inc./Flickr

4. Chips made from leftovers

In Washington, D.C.,  two students at Georgetown University founded Misfit Juicery, a company that produces cold-pressed juice from area farms’ imperfect or surplus fruits. Misfit Juicery is one of a growing number of start-ups turning leftover produce into juices, soups, sauces and other upcycled food products.

As they ripen, fruits and vegetables emit ethylene, which speeds up the ripening process in other produce. For those who can’t go through their groceries quickly enough, you can now turn to devices that absorb ethylene gas. Companies like Nanology and Bluapple have started manufacturing discs and pods that go inside your refrigerators or fruit bowls and help produce last longer.

Some manufacturers are building fridges that can take pictures of their contents and send them to you while you're out shopping, so you know exactly what you need—and what you don’t. 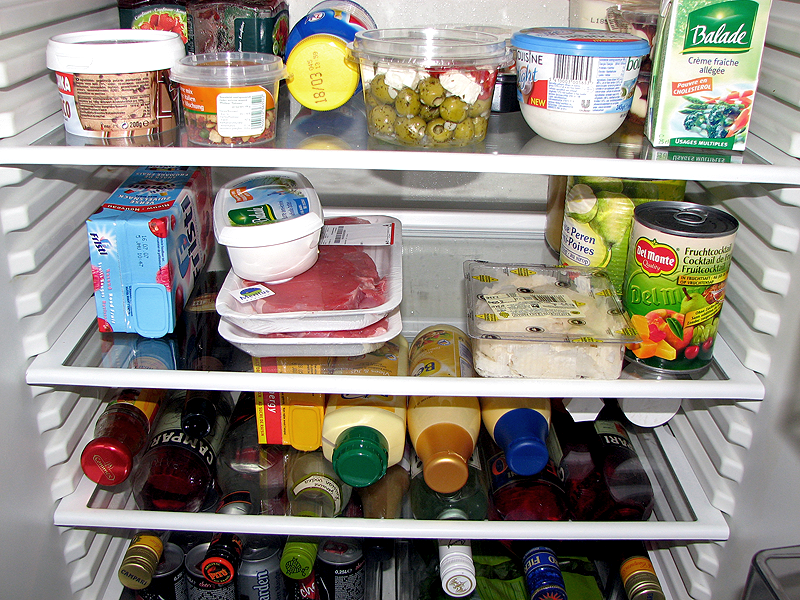 Smart refrigerators can take photos and send them to people while they’re shopping. Photo by Morgaine/Flickr

Don’t underestimate the humble fridge thermometer. WRAP, the organization I used to lead, which is now led by Marcus Gover, argues that keeping your fridge at the right temperature is essential to stop food from spoiling early. WRAP says that in the UK, typical fridges are operating 2°C warmer than the recommended Food Standards Agency guideline of between 0-5 degrees (32-41°F).

“In the UK, we found that nearly 290,000 tonnes of milk (639 million pounds) is thrown away every year from our homes,” Gover said. “That’s more than 490 million pints of milk as a nation, or 18-and-a-half pints per household. Reducing the temperature of our fridges to below 5°C could stop more than 50,000 tonnes (110 million pounds) of milk waste every year, saving shoppers £25 million ($33 million).”

Royal DSM, a global science-based company in nutrition, health and sustainable living, has created a product called “Pack-Age” for the cheese industry. Many cheeses develop a hard rind during their ripening process, which must be cut off if the cheese is processed into other products. Pack-Age is an alternative coating that allows cheese to ripen without forming a rind, enabling producers to use the whole cheese.

“Pack-Age prevents mold formation, and since no dry, strong rind is formed, the whole cheese can be used for further processing such as slicing and grating,” said CEO Feike Sijbesma. “If all the Gouda and Parmesan cheese producers were to use Pack-Age in the production process, we could prevent the waste of around 200,000 tons of cheese per year.”

Tesco launched a series of avocado innovations to waste less of this increasingly popular but hard-to-store food. After successfully introducing the “Avozilla,” a monster-sized avocado 5 times larger than the average, the grocery chain turned its attention in 2017 to the under-sized avocadoes normally rejected by farmers. Tesco once again created a marketing blitz, promoting these miniature, egg-sized avocadoes as “Zilla Eggs.” Last year, Tesco rolled out a combination of UV light treatment and improved packaging of its avocados, extending the shelf-life by two days, a development that was trialed for years.

This kind of innovation is part of an ethos espoused by Tesco CEO Dave Lewis, who told The Grocer back in 2016: “Transparency, innovation, redistribution. In each area, there are very specific things we need to do to reduce global food waste.” 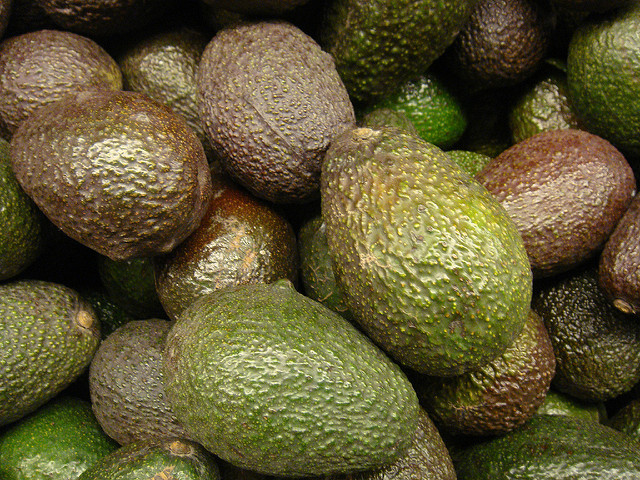 Tesco is experimenting with ways to prolong the shelf life of avocados. Photo by olle svensson/Flickr

Preventing Food Loss at the Farm

Wakati's solar-powered hydration device, essentially a small tent hooked up to a solar-powered humidifier, prolongs crop storage on small farms that don’t have access to refrigeration. Food losses near the farm are a significant concern in many developing countries, in part due to lack of adequate storage or cold chain technology. Improved storage not only prevents food loss for the environment’s sake, but it helps boost incomes for farmers. 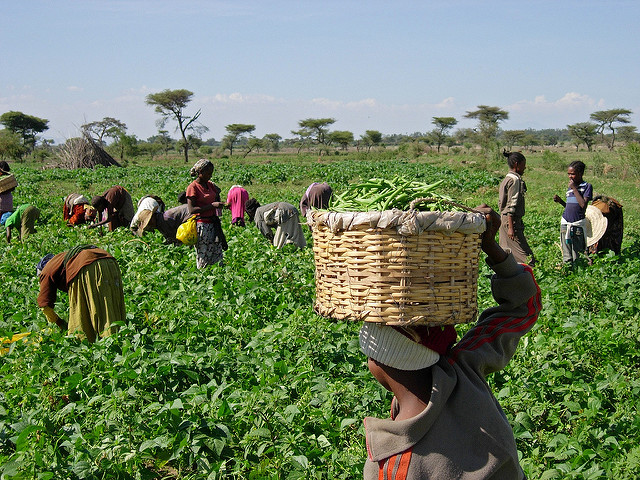 Food losses near the farm are a significant concern in many developing countries, in part due to lack of adequate storage. Photo by K. Stefanova/USAID

The International Rice Research Institute’s Super Bag is a low cost, multi-layered plastic bag for farmers in developing countries to use as airtight liners inside their usual cloth storage bags for grain and seeds. Storing crops in airtight containers can prolong their shelf life by months. The Super Bag seems like an obvious solution, but it is one that can make a difference for farmers – boosting their efficiency and in turn conserving natural resources.

This list gives just a flavor of the kind of food system game-changers that can be achieved through technology and culinary innovation. It’s exciting to see what’s already underway, and the kinds of tech still on the horizon.