American food writer MFK Fisher once said, “First we eat, then we do everything else.”  Food is central to so much in our lives – family, health and community. But what about the food we don’t eat?

More than a billion tons of food is never consumed by people; that’s equivalent to one-third of all food the world produces.  What many people may not know is that one in nine people on earth don’t have enough food to lead an active life, or that food loss and waste costs the global economy $940 billion each year, an amount close to what the entire UK government will spend in 2016.

They may also not know the incredible effect food loss and waste has on the environment.  Eight percent of the greenhouse gases heating the planet are caused by food loss and waste. At the same time, food that’s harvested but lost or wasted uses 25 percent of water used in agriculture and requires cropland the size of China to be grown. What an incredibly inefficient use of precious natural resources.

When you look at the kind of impact food loss and waste has on our environment, economy and society, it’s clear why the United Nations included it among the most urgent global challenges the Sustainable Development Goals would address. Target 12.3 of the goals calls for nations to “halve per capita global food waste at the retail and consumer levels and reduce food losses along production and supply chains, including post-harvest losses” by 2030. It’s certainly an ambitious challenge, but it is also one that’s achievable.

This week is Climate Week, an opportunity to take stock of where we are on critical environmental issues like food loss and waste. A new report on behalf of Champions 12.3 – a unique coalition of leaders across government, business and civil society who are dedicated to achieving Target 12.3 – assesses our progress so far.

The report details a number of notable steps that have happened around the world, including national food loss and waste reduction targets established in the United States and in countries across the European Union and African Union.

It also highlights efforts to help governments and companies measure food loss and waste, such as the FLW Standard announced in June, and new funding like the Danish government’s subsidy program and The Rockefeller Foundation’s Yieldwise, a $130 million investment toward practical approaches to reducing food loss and waste in Kenya, Tanzania, Nigeria, the United States and Europe. There have also been advances in policies as well as education efforts like the Save the Food campaign to raise awareness of food loss and waste.

The progress is promising. But the report also notes that the action does not yet match the scale of the problem, and much more work is needed worldwide if we are to successfully meet Target 12.3 in just 14 short years. 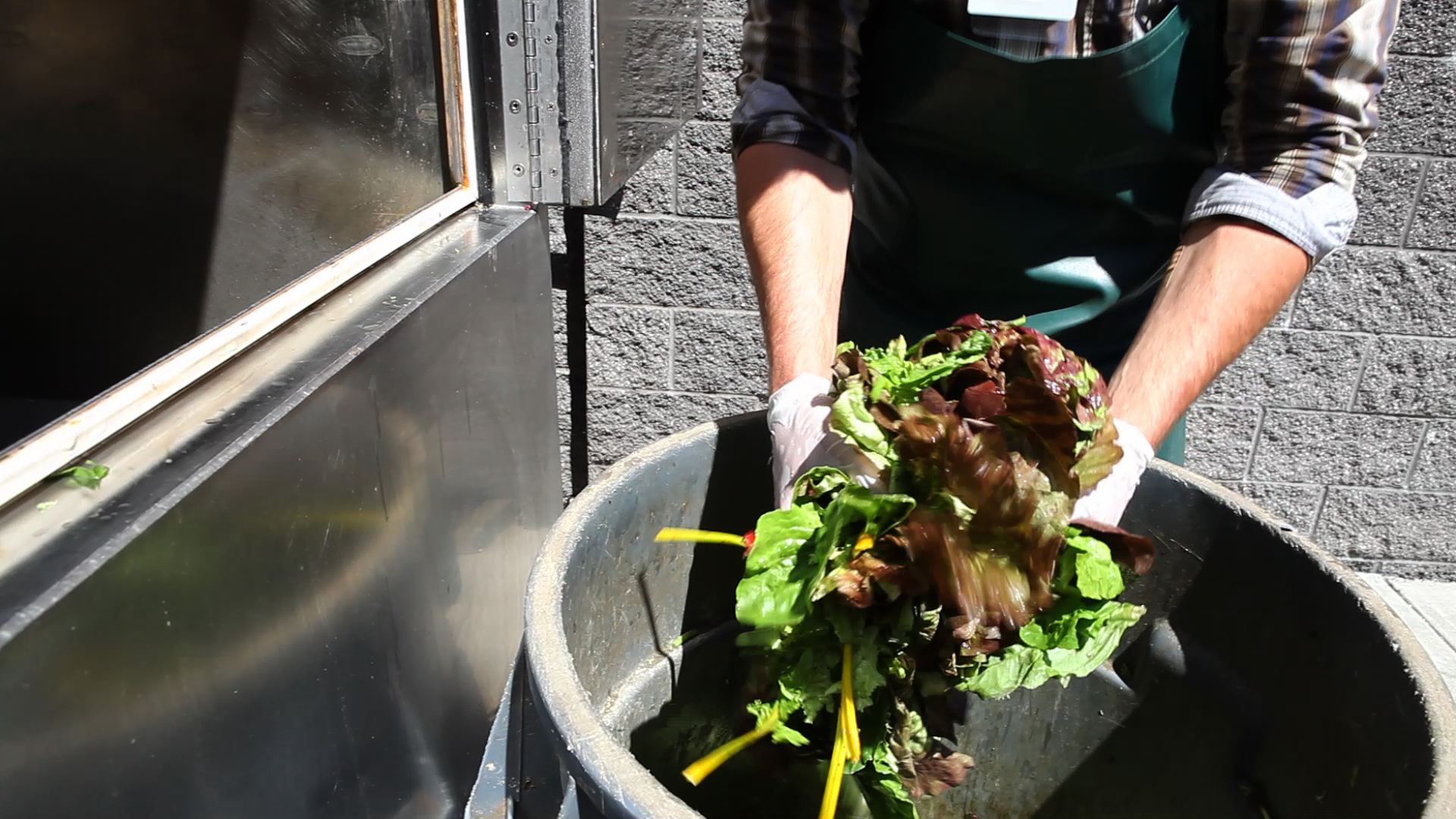 Food waste can be turned into organic fertilizer. (Flickr/EarthFix)

While the magnitude of the food loss and waste challenge can seem daunting, I know from my own experience in the United Kingdom that progress can be made if you have the right levels of engagement and commitment, and an understanding of the size of the problem and where to focus. In a period of five years, we managed to reduce household food waste across the UK by 21 percent. It’s an impressive figure, but there is still so much more to do!

The immediate question is, how can leaders accelerate progress? Every government, city and business involved with food must set reduction targets, measure food loss and waste in their borders or supply chains, and act to reduce such waste. Here’s why:

If the world can pay as much attention to all the food we don’t eat as to the great culinary trends of the day, we will build a food future that can sustain generations to come. I’m optimistic that we will achieve this. It won’t be easy, but the stakes are too high to miss our chance to create monumental change.