After a rocky two weeks of climate talks in Katowice, Poland, countries agreed on the rules to bring the Paris Agreement to life. While countries left some notable gaps and unresolved issues, key points of agreement at COP24 were on regular communication, reporting, review and stock-taking of progress on curbing emissions, adapting to impacts, increasing and aligning investments, and considering loss and damage.

Countries also reaffirmed the timeline agreed in Paris for countries to submit national climate commitments (known in UN-speak as Nationally Determined Contributions or NDCs) by 2020. The September 2019 UN Climate Summit is now becoming a key focal moment for world leaders to step forward and present ambitious plans for their next NDCs.

The talks in Katowice failed to fully endorse the findings of the UN Intergovernmental Panel on Climate Change (IPCC) report that highlighted the importance of keeping global temperature rise to within 1.5 degrees C (2.7 degrees F) over pre-industrial levels to avoid the most severe impacts of a changing climate. The endorsement was blocked by the United States, Saudi Arabia, Russia and Kuwait, all major oil producers.

Although the agreement at Katowice did not go far enough in explicitly calling on countries to come forward with scaled-up ambition based on the IPCC report, a group of developed and developing countries stated their intent to do so. The next step is for a wide range of countries to work on stepping up ambitious efforts at home to achieve a zero-carbon and climate-resilient future while seizing the tremendous economic and development opportunities that bold climate action can deliver.

Here is a deeper dive into the Katowice climate package announced at COP24, with details on progress made on the Paris Rulebook, climate ambition and climate finance, as well as an overview of major developments outside the negotiations.

One of the most critical tasks for countries at COP24 was to agree on the Rulebook that outlines how they plan, implement and review their climate actions to fulfill the promise of the Paris Agreement. In fact, the Katowice meeting was the deadline countries set  to finish this important task. The two weeks at COP24 concluded in an overtime session late on December 15, after three years of intensive negotiations toward this goal. While not perfect, the Rulebook provides an important foundation for countries to move forward and operationalize the Paris Agreement.

Countries agreed to provide more detail when they submit future NDCs, supported by accounting guidance to assess progress and achievement. The required information on NDCs is not as comprehensive as it could be, and the accounting guidance is not quite detailed enough to prevent countries from some cooking of the books. However, it is an important improvement over the current situation, in which too little information was provided about NDCs and, before the Paris Agreement, there was no accounting guidance applicable to all countries. Countries also agreed on the type of information necessary to provide clarity on their efforts to adapt to climate change, should they wish to include it in their NDCs.

Countries significantly stepped up their game under the enhanced transparency framework of action and support by agreeing on improved, more detailed guidance and more specifically, to a common set of guidelines for reporting and reviewing their progress every two years. This is a significant shift from the current approach where there are different requirements for developed and developing countries. All countries agreed to use the latest IPCC methodologies to estimate greenhouse gas emissions. Developing countries with less capacity to gather this data can explain their constraints and develop an improvement plan to overcome their gaps and provide enhanced data in subsequent reports. For the first time, countries will be able to include in their transparency report not only progress made to adapt to climate change, but also how they tackled loss and damage.

Accountability under the Paris Agreement is also strengthened through a mechanism to facilitate implementation and promote compliance. If a country hasn’t communicated an NDC or a national report, the expert committee established under that mechanism can assist the country. In addition, that expert committee can identify systemic issues faced by a broad set of countries.

Countries also agreed on the rules for a global stocktake every five years, during which countries will assess collective progress toward the Paris Agreement’s long-term goals in a comprehensive and participatory manner. The first global stocktake will take place in 2023. It will look at collective efforts made to reduce emissions, adapt to climate change and build resilience, support implementation and align financial flows with the Paris goals, and also examine how to address and minimize loss and damage from the impacts of climate change and the unintended consequences of mitigation action. This collective assessment will involve participation by non-state actors, but with less access to the process than was the case during the 2018 Talanoa Dialogue. 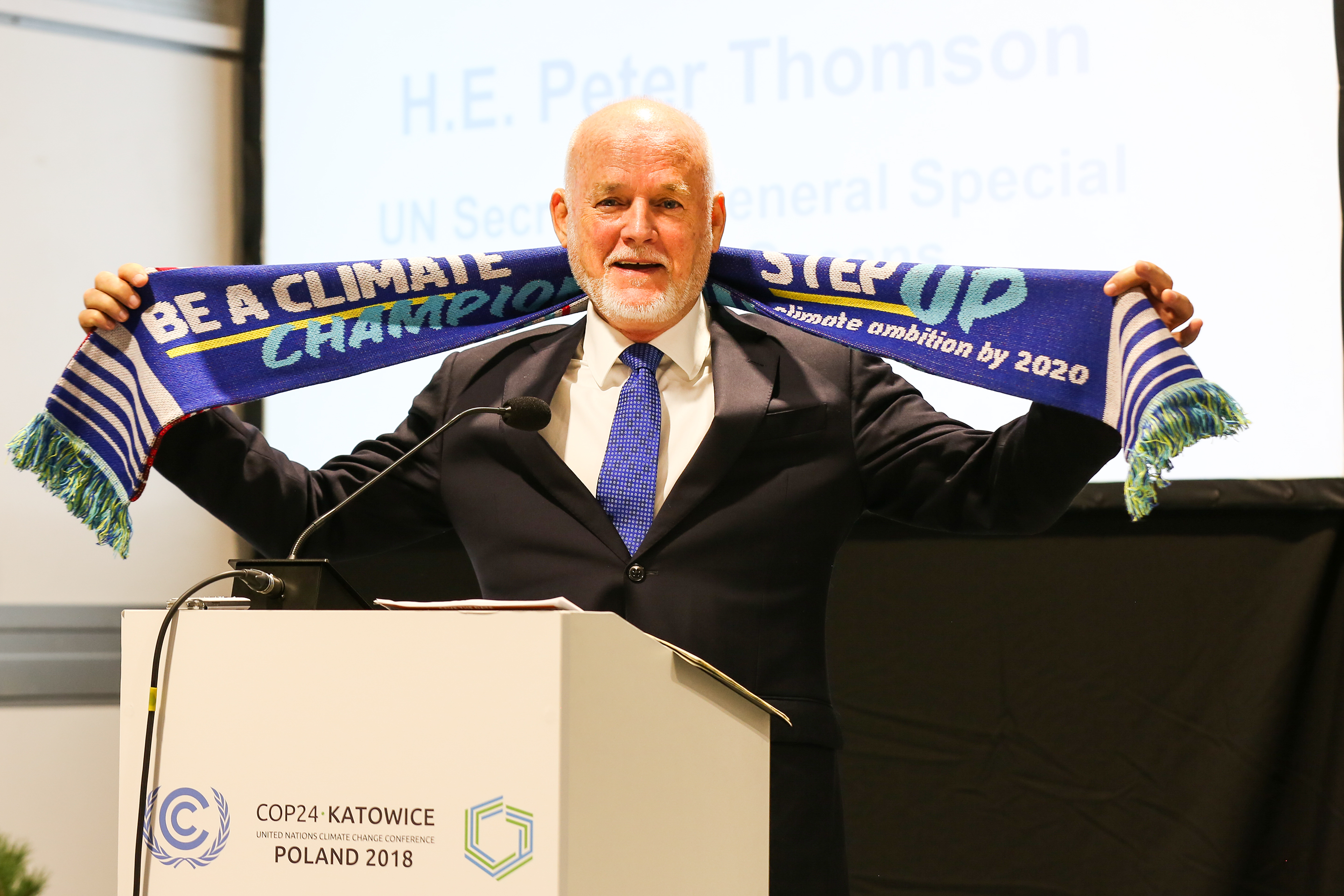 None of the rules mentioned above would have been adopted without strong provisions on support, including finance, technology transfer and capacity building. In addition to the decisions on finance described below, it is also worth highlighting the importance of capacity building to facilitate the preparation, communication, reporting and implementation of climate action. Other positive steps were the operationalization of the Indigenous Peoples platform — the first of its kind in a multilateral setting — and the work program on gender.

There was no agreement on rules under Article 6 of the Paris Agreement regarding the use of carbon markets in an international context, nor on having common target dates for NDCs. Nevertheless, faced with the possibility of loopholes that would allow double counting, potentially undermining the integrity of the Paris Agreement and its overall ambition, it was preferable to postpone a decision on international carbon markets until next year.

We came to Katowice with a clear message from science and high expectations from citizens: countries must enhance their level of ambition now to avoid the most catastrophic impacts of climate change. Bolstered by calls for greater ambition from the Climate Vulnerable Forum, the COP23 and COP24 presidencies’ Talanoa Call for Action, the High Ambition Coalition’s Stepping Up Climate Ambition declaration and numerous announcements by individual countries (including Costa Rica, the Maldives, Chile, Ukraine, Vietnam, Norway, Qatar, Lebanon, Barbados), the final COP24 decision text reaffirms the Paris Agreement’s 2020 deadline to submit NDCs. In the current political climate, even this was an important signal.

The decision text also said these revised NDCs should be informed by the inputs, outputs and outcomes of the Talanoa Dialogue, which brought together national governments, business, cities and states, and civil society to consider the urgency at hand and the increasing economic and technological opportunities for action. The COP24 outcome also called on all countries to develop and communicate long-term decarbonization strategies and asked developed countries to scale up support and means of implementation to enable all parties to realize enhanced ambition.

Finance: Increased Pledges, but Not Enough

Germany and Norway announced they would double their contributions to the Green Climate Fund, while the Adaptation Fund saw record annual pledges of $128 million. After three years of wrangling, negotiators agreed that the Adaptation Fund would serve the Paris Agreement from January 1, 2019.

Rules for reporting past support and communicating future financing were improved, with more detail requested. However, some important provisions remain optional and will require continued scrutiny to ensure countries report finance in a fair and robust way. Countries also agreed to consider future financing communications every two years through in-session workshops and high-level ministerial dialogues. The global stocktake includes an assessment of how all finance flows are being aligned with low-emissions and climate-resilient pathways. This is important because addressing climate change will require not only scaling up funding for climate solutions but also phasing out investments in high-emissions activities.

Countries committed to kick off a process in 2020 to set a new climate finance goal beyond the current target of $100 billion a year for the period after 2025. Negotiators also commissioned an assessment of developing country climate finance needs every four years, which could help inform the ambition of the 2025 goal. Greater financing will be needed to ensure developing countries can deploy climate solutions and adapt to the increasingly extreme impacts from a warming world. Next year will be a key moment for wealthy countries to demonstrate the global solidarity needed by coming forward with ambitious pledges for the Green Climate Fund’s first replenishment. More details are available here.

Major Announcements Outside the Negotiations

Outside of the formal negotiations, major announcements helped shape the discussions at COP24.

In addition, the number of companies that have committed to or already set science-based emission reduction targets topped 500.

Despite the adoption of solid foundations to advance climate action, details and additional elements will probably need to be adopted in the coming years to fine-tune the Paris Rulebook. Rules still need to be adopted on the use of market mechanisms, on aligning the implementing period for NDCs, and on how to build capacity to enhance data and evidence-based decision making. This needs to happen at COP25 in 2019. Meanwhile, it will be critical to pursue efforts to scale up finance through the replenishment of the Green Climate Fund.

But this will not be enough. The world has not started to aggressively drive down global emissions. The inadequate global response to the climate crisis was articulated eloquently by 15-year-old Greta Thunberg, who called on COP24 delegates to “pull the emergency brake” to combat this existential crisis.

The Paris Agreement is grounded in a vision of the world working together. In the next two years, heads of state urgently need to act boldly to cut emissions, enhance resilience and seize the economic and social benefits of climate action that can propel us to a safer, more prosperous future.