Kuluthum Mbwana remembers the day that biofuel investors arrived in her village Vilabwa, just 70 kilometers west of Tanzania's capital. In exchange for more than 8,000 hectares (19,800 acres) of land across 11 villages, including Vilabwa in Kisarawe District, she said they promised to bring much-needed jobs, schools and health clinics to her community.

Mbwana felt certain her life would change for the better. Children across her village would finally be able to study in a real school. Sick neighbors would receive care from trained nurses or community health workers. New jobs would pump money into the local economy.

But after finalizing a land deal with the Tanzanian government in 2009, Mbwana said that British company Sun Biofuels abandoned its commitments to her and the rest of Vilabwa. Families who sold their farms to the company did not receive fair payments for their land. Wages from the new Sun Biofuels jobs were too low to offset the income villagers lost after selling their farms to the company. Apart from a shallow well, a dirt road and few portable classroom blackboards, Sun Biofuels failed to bring social services to Mbwana's village and nearby communities in Kisarawe District. 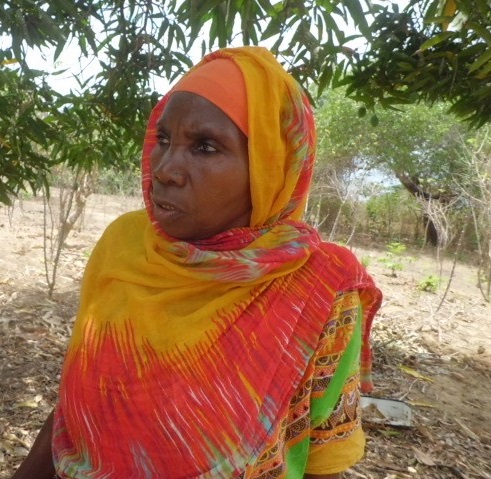 Unfortunately, stories like Mbwana's are common across Africa. As soil degradation, climate change and population growth place enormous strains on land that sustains millions of people, multinational companies are also gunning for large swaths of land. Caught between these pressures, many poor, rural communities get displaced or choose to sell their collectively held land. It's often women who suffer the most.

New research from WRI reveals that, despite constitutional commitments to gender equality, governments in Tanzania and Mozambique are not protecting poor, rural women from harmful commercial land deals. State officials' failure to close gaps in land laws and overhaul ineffective regulations shortchanges women, who receive little to no payment for their families' land. Governments' attempts to amplify their voices in community land decision-making are also falling short. 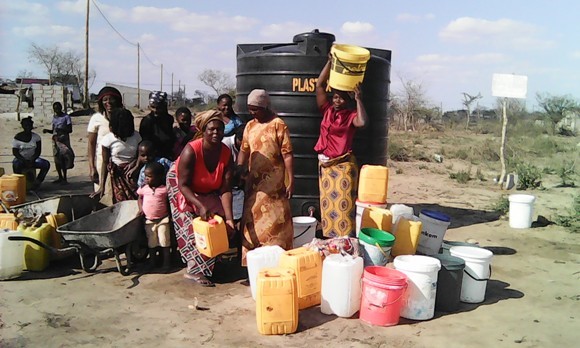 Although Tanzanian and Mozambique land laws require investors to compensate affected communities and households when they acquire collectively held land, regulations that are poorly conceived or ill-executed shortchange women, who often receive few, if any, payments for their land.

Gender-neutral language, in particular, unintentionally discriminates against women by requiring companies to distribute compensation at the household level. Because men traditionally act as the head of the household in both countries, they alone can submit claims and collect payments on behalf of their families. For example, less than 15 percent of those who received compensation from Sun Biofuels in Vilabwa were women. In Malanga, several estranged husbands who had left the community received checks that should have gone to their wives because the government still considered them to be the heads of their households.

But even when women do manage to get compensation for their land, many receive lower payments than the men in their communities. In Vilabwa, for instance, men received three to six times more money for their land than women.

Such disparities occur for several reasons: Companies only pay those who legally own land, and unlike men, most women don't have formal rights to their land. The plots of land they do own are smaller and produce lower agricultural yields than men's parcels. And most women cultivate subsistence crops, like cassava or maize, which companies often devalue or exclude entirely from their appraisals.

Women also struggle more than men to rebuild their lives and livelihoods when companies displace or resettle villages. When communities move, women often lose access to communal natural resources — like forests, rivers and pastureland — even as they remain responsible for collecting water, firewood, fodder and medicinal plants for their families. Tenuous access to these resources can increase women's workloads, threaten household food security and expose them to harassment.

Faced with these new hardships, many women find that the social networks on which they depend fray when communities relocate. For instance, girls often collect firewood or water in groups, while mothers rely on neighbors or extended family to help with childcare. When women are separated from their networks, they no longer have the support systems they need to cope with daily challenges and manage their many household responsibilities.

Sidelined in Community Decision-Making on Land 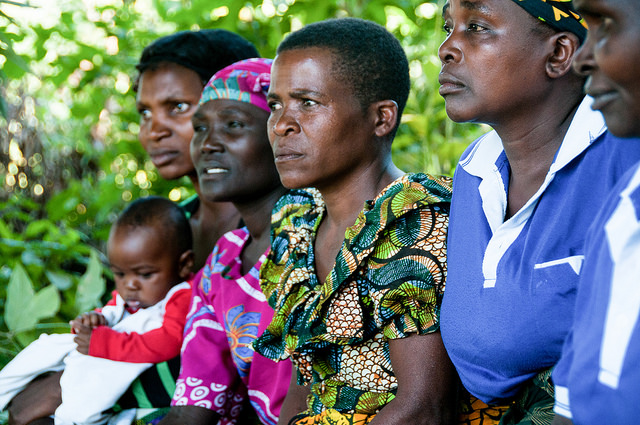 Including women's voices in local decision-making bodies can help communities address gender disparities in land compensation and resettlement schemes by giving them the opportunity to say "yes" or "no" to proposed land deals, to help negotiate company appraisal processes to ensure that investors do not exclude their assets from valuations, and to raise their specific concerns about relocation plans. But in both countries, governments' efforts to improve women's representation are falling short.

In Tanzania, the law mandates women's presence in village councils, but the quota only gives a minority of seats to women, making it easy to secure the meeting quorum without women's participation.

Similarly, in Mozambique, generic language in land regulations, such as "local communities shall be consulted," does not require investors to include women in the consultation process. Many major decisions on land, including selling collectively held property to investors, are made by male leaders or in meetings exclusive to men. Even if women attend, many stay silent due to an unspoken assumption that the men speak on behalf of the entire community. 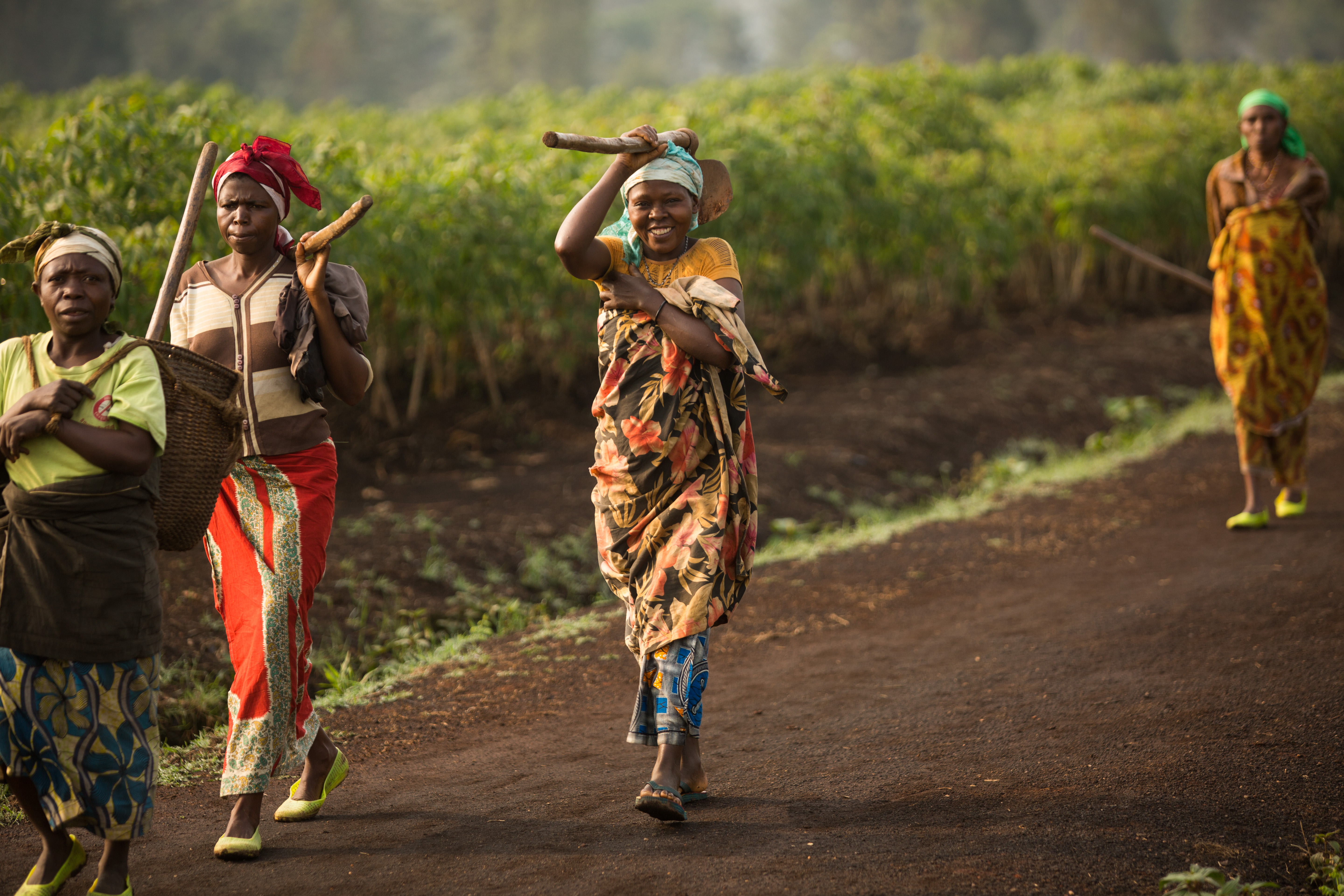 Like Mbwana and dos Anjos, many rural women's lives and livelihoods depend almost entirely on their land. Advancing their land rights — from equal treatment in commercial land deals to better representation in community decision-making — is critical to realizing gender equality not just in Tanzania and Mozambique, but in countries across Africa.