Jean Baptiste Mutabaruka is on the road to the local bank, again. When he gets there, he will inquire once more about raising money for an idea he thinks will reduce poverty in his small farming community of 60,000 in the province of Eastern Rwanda.

For 10 years, Jean Baptiste has journeyed through the parched villages of the Karangazi Sector, even in soaring heat, to champion the planting of trees, which he sees as a potent antidote to widespread poverty in the region.

According to research conducted by WRI, he is right. Planting and protecting trees would likely lead to increased land productivity, as well as improving food and water security. The Tigray region of Ethiopia halved its poverty level through restoring land over the last 20 years.

But the bank has not been able to fund him on a regular basis. He will have to find the money to buy the seedlings, to plant and protect trees as they grow, to support students to help, to purchase the tools for his work, somewhere else. 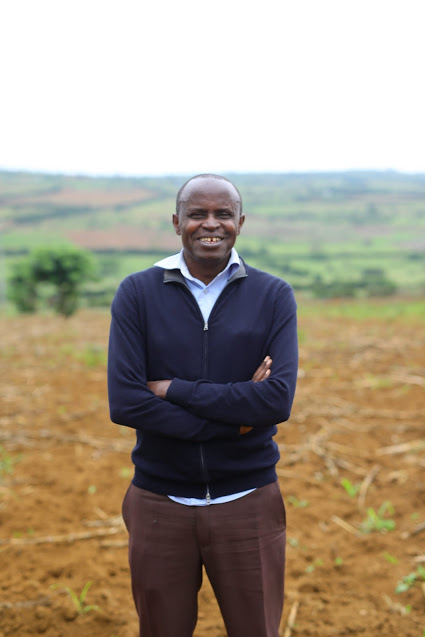 If the bank doesn't bite this time, Jean Baptiste doesn't know where he will turn. He waves to students in the nearby school, who play football on the dusty, red earth. Probably he will return to evangelizing his cause on his travels.

"I see that it's possible to change it," he says.

Trees are sparse in Karangazi, and crops limited to maize, sorghum and potatoes. Eastern Rwanda has suffered a recent series of devastating droughts, resulting in the death of livestock and crops, and resides in an area of medium-to-high overall water risk, according to the Aqueduct Water Risk Atlas.

"Because of drought," Jean Baptiste explains, "Villagers cannot grow enough to eat; they cannot grow crops or keep cattle alive." His words are evident in Karangazi. Land degradation has stripped the land of its native trees such as Ficus, Vernonia and Erythrina.

If trees flourished here, their shade would protect the water supply for cattle and the soil from extreme weather, boosting crop harvests. Their leaves would provide food for farm animals. Avocadoes, mangoes, guavas and papayas, fruits that grow on trees, would improve nutrition for villagers reliant on mainly maize and beans. 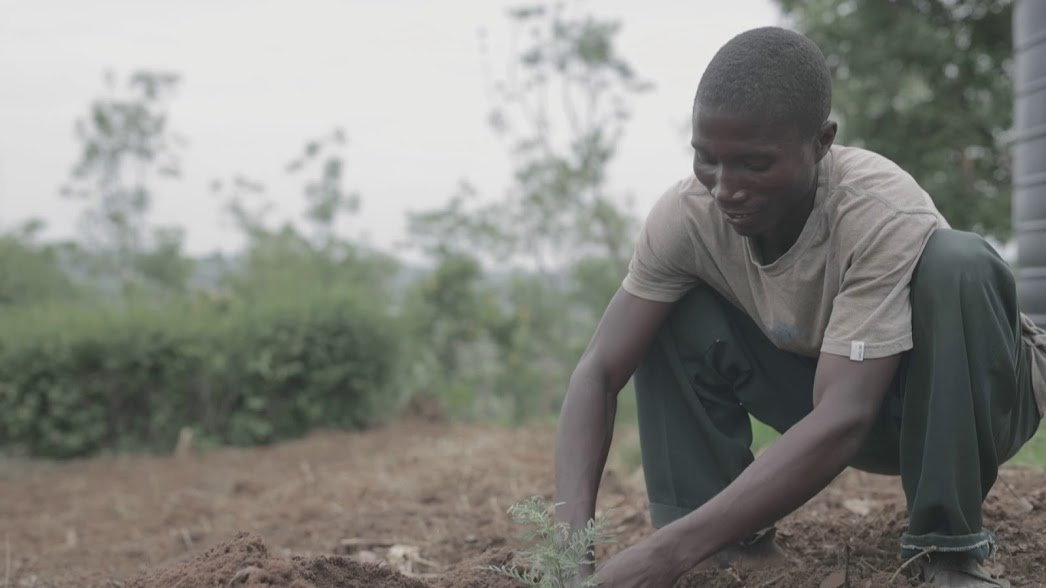 Trees would help the area adapt to the climate change by improving food security and make it more able to withstand the kinds of droughts that afflicted it in 2016. "The first thing [that motivates me] is that I see climate change becoming a problem," Jean Baptiste says.

There are millions of others like Jean Baptiste, trying to breathe life back into land worldwide, land lost to forest clearance, overgrazing and droughts brought on by climate change. Around 2 billion hectares of land – an area twice the size of China – is now degraded, affecting people with some of the lowest incomes and costing the world $6.3 trillion per year.

Governments have committed to restore 160 million hectares, including through initiatives such as AFR100 (which aims to bring 100 million hectares of African land into restoration by 2030). There is increasing investment in restoring land too.

Despite governmental pledges, the sector still faces a massive funding gap of around $300 billion per year. Moreover, the funding that does exist is not reaching those heralding change in their communities. Many restoration projects are too small to be attractive to institutional investors looking to invest a minimum of $50 million. 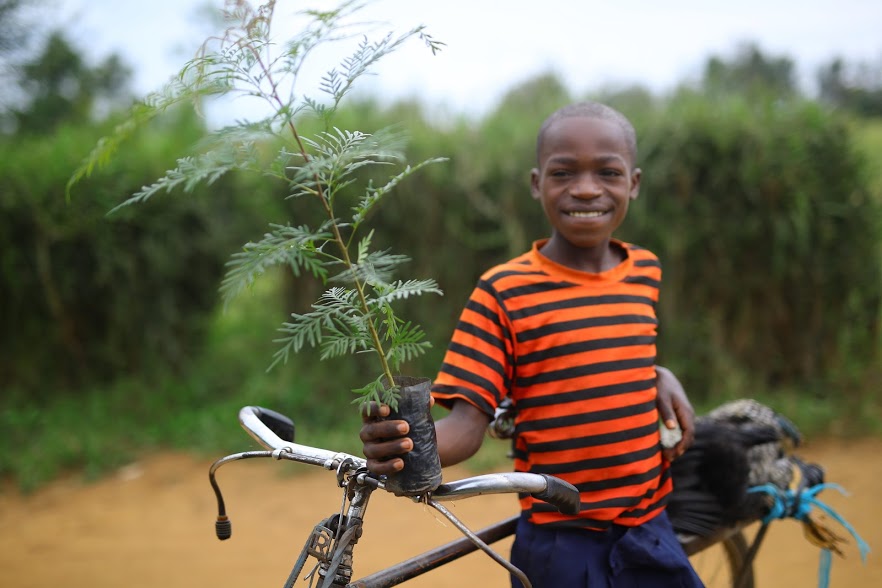 Teaching children to grow trees is a key part of the restoration strategy in Karangazi.

Let's consider Jean Baptiste again. The only way to reach the worldwide commitments of restoring 160 million hectares is to empower thousands of champions like him and replicate good ideas many thousands of times. What if he, and millions more in similar positions, had access to funds?

In the case of Karangazi, Jean Baptiste needs around $13,000 for the first two years of his project: Compagnie Agricole Environment (CAE), his charity, organizes environmental clubs for local kids, then outfits them with trees to plant (To start, they're receiving hardy Grevilleas). CAE holds weekly meetings with the children to discuss how to keep the trees alive, supplying them with the knowledge and resources to restore the land they live on.

WRI is addressing this in a crowdfunding trial to channel funds to those advancing small-scale restoration, the farmers and local champions. We have teamed up with CAE to help him help his local community, and to show others that success is achievable. In the future, WRI hopes to bundle projects together to attract larger investors. This approach is already leading to benefits for farmers and the land, as well as profit, in the world of restoration. Kenyan timber supply company Komaza, for example, is purchasing timber from—and thereby providing jobs for—more than 9,000 small farmers.

We encourage you to join us on this journey. If you are interested in sharing Jean Baptiste's story or donating, please visit here. You can follow the story of his campaign at #Money4Trees.