In his recent annual letter, BlackRock's Larry Fink delivered a bold message to global companies: do better, or expect consequences. "To prosper over time," he elaborates, "every company must not only deliver financial performance, but also show how it makes a positive contribution to society." To his skeptics, Fink's words are nothing more than hollow promises. But, with $6 trillion of assets under management, this is a firm too large, and a promise too great, to let it slide by as lip service.

So, we ask the following question: If Fink is really going to deliver on his promise of holding companies to account, what actions would we expect to see? What levers does BlackRock have at its disposal, and how could it pull them?

Hands May Be Bound, but There's Wiggle Room

Certainly, there are limits to what BlackRock can do, especially as the majority of its global assets are held in passive funds (those that track an index, as opposed to those that rely on a manager's judgement to select specific securities, known as active funds). About two-thirds of BlackRock's assets under management are passively-managed. 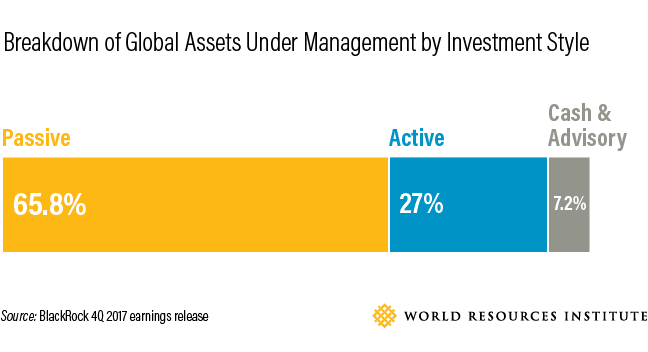 Nevertheless, there are still levers BlackRock can pull to follow through on its commitment and begin to realize Fink's vision: 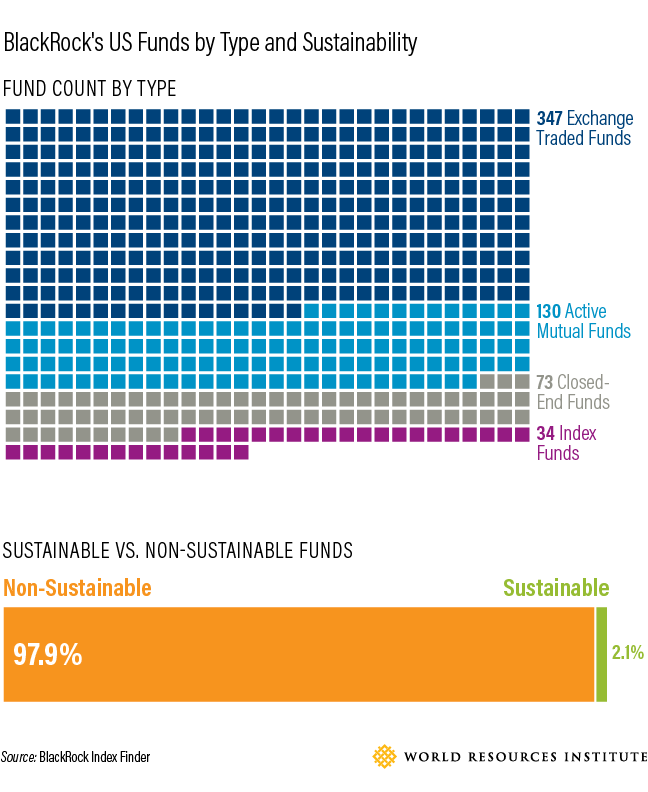 Be the Change You Want to See

Some readers may wonder why we're even discussing BlackRock. After all, the firm has been called out in the past for holding large shares in companies antithetical to Fink's expressed ideals for sustainable growth, including large fossil fuel companies that impede the transition to a low carbon economy and violate human rights and palm oil producers that drive deforestation and land grabs in the tropics. Given this record, the firm clearly does not sit at the forefront of social good or sustainability.

But these facts don't invalidate its aspirations for change. The first step in any reform program is admitting to a problem and committing to change—and it's a big step. BlackRock has also presented a vision for the future, a critical piece for moving forward. And importantly, a player with the size and influence of BlackRock can be a real agent for change.

Also, BlackRock's public commitment demonstrates that sustainable investing is making its way into the mainstream. These market shifts have largely been driven by the growing recognition that sustainability impacts the bottom line, alongside the intergenerational shift of wealth to millennials – a cohort known to be more socially minded than previous generations. Today's investors not only want to protect their assets from risk, they want to do right by the world. Asset managers, too, recognize new material risks, and are starting to respond to these demands. BlackRock's continued support of this shift is encouraging.

Whether the letter truly marks a milestone in the evolution of capital markets remains to be seen. Until then, there are very clear things BlackRock can do today and in the near future to deliver on its promises; these steps will be widely watched as signs of whether the company is serious about being the change it wants to see.