Home > Blog > The Paris Agreement: Should the U.S. Stay or Should It Go?
Comments
|
Add Comment
|
Print
Tweet

EDITOR'S NOTE, 4/19/17: After this article was published, the White House postponed the discussion of U.S. participation in the Paris Agreement. WRI's experts will continue to track how this discussion evolves in the coming weeks.

When White House senior advisors meet this week to recommend whether the United States should stay in the Paris Agreement or not, the right choice is clear. The U.S. should stay in the Agreement. Staying in would benefit the U.S. economy and national security, and it’s the popular choice with the vast majority—71 percent—of the American people. By contrast, withdrawing from the Agreement would significantly harm the country’s diplomatic relationships and standing in the world, along with its economic and security interests.

The Paris Agreement was built on years of tough negotiations. The outcome included elements long sought on a bipartisan basis, such as nationally determined commitments from all major emitters. Within this framework, many countries are beginning to reduce their emissions, and some, such as China and India, have introduced ambitious renewable energy targets and are making progress toward their goals.
The ultimate decision will rest with President Trump, who has the power to choose whether the U.S. continues to participate alongside nearly 200 countries in the Paris Agreement, or is left out and left behind.

Here are five reasons why America should stay in the Paris Agreement:

The U.S. is facing international challenges on multiple fronts. From instability in North Korea to conflict in Syria, the U.S. needs to keep in place building blocks of diplomacy with its allies, rather than create more rifts on the global stage.

Over the past decade, climate change has moved from a siloed issue to one that is central to international relations. With 194 signatories to the Agreement, including major players like China, India and the European Union, withdrawing would further isolate the U.S., weakening its leverage on issues like trade and security. At the G7 in May, many countries are expected to push to ensure that climate change is a major part of the agenda. The same is true for the G20, which is being hosted by Germany in July. A U.S. withdrawal would severely undercut other priorities on the nation’s foreign policy agenda.

Meanwhile, many of these same companies also see climate change as a material risk to their operations. And many of them conduct business around the globe and would prefer consistency to uncertainty. According to the IFC, all the national commitments under the Paris Agreement represent $23 trillion opportunity for investment between now and 2030. If the U.S. leaves, it seriously risks reputational collateral damage to U.S. business interests that want to work with countries to achieve their Paris targets. 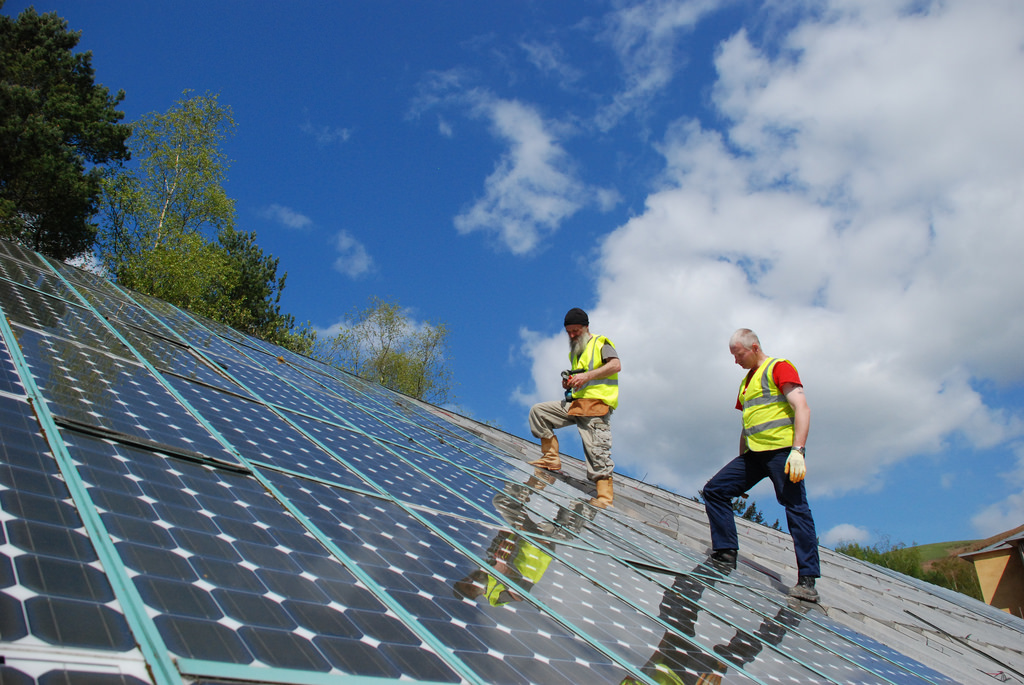 3. Staying in Is Good for American Jobs

In a recent speech, EPA administrator Scott Pruitt argued that the Agreement would put the country last and cost jobs. But his views are outdated and misguided.

Renewable energy jobs are taking off in the U.S., which employed about 800,000 Americans in 2016, nearly five times as many as in the coal sector, which employed only 160,000. U.S. clean energy job creation is outpacing job creation in the fossil fuel industry. The solar workforce grew 25 percent from 2015 to 2016, and wind employment grew by 32 percent over the same time period. At the same time, many other countries are rapidly expanding renewable energy and are committed to doing so in coming years.

4. Staying in Will Enable the U.S. to Advance Climate Issues

One of the most important elements of the Paris Agreement, and something that the U.S. worked hard to include during the final negotiations, are requirements for transparency from all countries. By keeping a seat at the table and living up to its commitments, the U.S. can advance an approach in which other countries are also accountable.

In addition, many of the details of the Agreement – such as the detailed rulebook – are still being determined. By sticking with the Agreement, the U.S. can help ensure that the rules are fair for all parties. However, if it walks away, the U.S. would lose its leverage on key issues, such as transparency.

5. Staying in Is What Most Americans Want

The early weeks of the Trump administration have been filled with turmoil. In recent days, however, the administration has been seeking greater stability at home and with traditional allies. Leaving the Paris Agreement would fly in the face of those goals.

Seven in 10 Americans want the U.S. to participate in the Paris Agreement. Concerns about the threats of global warming have reached an 8-year high, with the majority of Americans saying they are worried it will pose a serious risk to their way of life.

A recent Qunnipac University poll found that 62 percent of people do not support President Trump’s policies to rollback action on climate change. If President Trump were to withdraw from the Paris Agreement, many Americans will judge him harshly, as will many of America’s allies around the world.

The American people want their country to be a leader in the world. They want a strong economy for the future. And they want a greater sense of security. Staying in the Agreement and continuing to push the world toward a safer and more secure future is the only sensible choice.