The world celebrated last year when countries adopted the landmark Paris Agreement on climate change at COP21 in Paris.

We asked four WRI experts to explain how COP22 (Nov 7-18) could best be used to advance climate action across different sectors. Here is what they said: 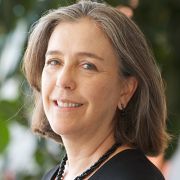 Last year, Paris delivered the vision and the framework to more effectively tackle climate change. Incredibly, the Paris Agreement has already entered into force, years ahead of what most expected. COP22 needs to build on the momentum of the Paris Agreement by setting out a clear and convincing process for defining the rules and procedures that will underpin the new regime. These should be in place by 2018, clearing a path to raise ambition in 2020, when countries will share their five-year climate plans. We need clear commitments to increasingly decisive climate action given that we know that countries’ current climate plans combined are not enough to sufficiently limit temperature rise to avoid catastrophic climate impacts. Equally, developing countries must leave COP22 with confidence that developed countries are committed to mobilizing enough financial support for both adaptation and mitigation in accordance with agreed pledges. — Paula Caballero, Global Director, Climate Program 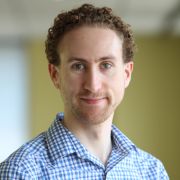 At COP22, countries will discuss the roadmap developed countries prepared on how they will mobilize $100 billion in climate finance for developing countries by 2020. Developing countries have placed particular emphasis on the need to increase adaptation finance, as well as the need for more information on the breakdown between grants and loans. The High-Level Ministerial Dialogue on Climate Finance on November 16th presents a good opportunity for a new commitment on scaling up adaptation finance. Countries are considering the future of the Adaptation Fund; agreeing to a mandate for the Fund to support the Paris Agreement would be a significant outcome from Marrakech, allowing it to continue supporting vital adaptation efforts around the world. In addition, countries will continue to work on developing procedures and guidelines for accounting and reporting of finance. Getting this right is key for tracking progress towards funding targets and ensuring that money is used effectively. — Joe Thwaites, Research Associate, Finance Center

On Forests and Agriculture 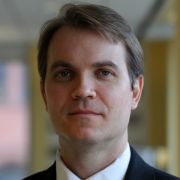 This year’s COP is being called “the COP of Action,” a moniker that sets a high bar for expectations. To meet the challenge, the global meeting has to achieve momentum in areas where large-scale change can happen quickly. COP22 can do that by advancing efforts to conserve and restore forests. More than 1 billion people earn their livelihoods from forests, but half of the world’s forests have been cleared or degraded. COP22 needs to accelerate adoption of climate-smart agriculture, an approach that will ensure food security for the world’s growing population, 800 million of whom are undernourished today. COP22 must also expand initiatives to reduce inefficiencies in land use, including food loss and waste, which causes 8 percent of greenhouse gas emissions and costs the global economy $940 billion every year. If we manage forests and farmlands right, we can produce, protect and prosper. — Craig Hanson, Global Director for Food, Forests and Water 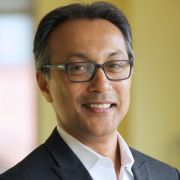 Historically, when talking climate change, cities have typically been considered part of the problem without much discussion about how they can be part of the solution. COP21 changed that. Last year in Paris, more than 400 mayors joined the Compact of Mayors, a global initiative that works with cities to reduce emissions. This drew attention to cities’ important role in climate action, including the fact that cities account for 70 percent of all greenhouse gas emissions. With the Paris Agreement, the Sustainable Development Goals and the UN’s recent conference on housing and urban development (Habitat III), the global commitments to urban sustainability are set. The important step, now, is to implement these goals in a unified way. COP22 will be critical for scaling up actions as well as engaging the private sector, national governments and civil society to collaborate better with cities to create transformational urban change. — Aniruddha Dasgupta, Global Director, WRI Ross Center for Sustainable Cities