The western United States increasingly finds itself besieged by severe wildfires. To date in 2016, California has already lost nearly five million acres due to wildfire, including the deadly Soberanes Fire, which at over $200 million has become the most expensive fire to fight in US history.

While many understand all too well the direct threat wildfires pose to lives, homes, and habitats, fewer may be aware that a primary driver of wildfire (unnatural forest density) also threatens the health and abundance of water supplies. While just 31 percent of the West is forested, 65 percent of the region’s water supply comes from forests. By reducing the quantity and degrading the quality of melting mountain snowpack that reaches communities and farmers, unnaturally high forest density and resulting wildfires only prolong and exacerbate drought conditions.

The good news is that there is a proven and widely accepted solution to these twin challenges: forest restoration. Through the strategic removal of hazardous fuels – especially small and dying vegetation – forest restoration lowers the risk and intensity of catastrophic wildfires, protects the quality and abundance of water resources, and reduces the long-term carbon emissions that contribute to climate change. 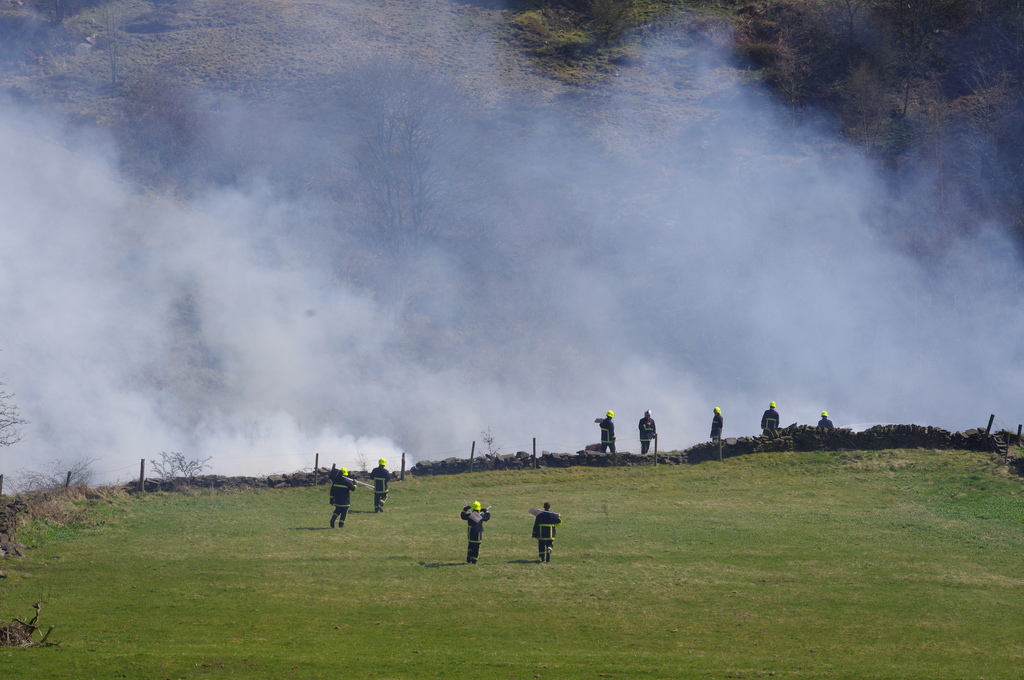 Preventing bad fires is better than fighting them. Photo by Rob Glover/Flickr

Unfortunately, neither public authorities nor private landowners have the budget capacity to implement this solution on their own at the scale required. The US Forest Services increasingly finds itself fighting today’s fires with the funds designed to prevent tomorrow's while individual private landowners too often lack the significant upfront capital required for meaningful forest restoration.

Supported by a 2016 Conservation Innovation Grant from the National Resources Conservation Service, the American Forest Foundation, Blue Forest Conservation, and the World Resources Institute have partnered to develop a new public-private partnership and financial instrument, called the Forest Resilience Bond (FRB), that aligns market incentives to restore key watersheds before the next fire strikes.

The FRB deploys private capital to fund proactive forest restoration. Beneficiaries, including private landowners and public agencies and utilities, repay investors (such as foundations and state pension funds) over time. Targeted benefits such as decreased fire severity, protected water quality, and increased water yield are monetized through contracts based on a pay-for-success model designed to share cost savings among beneficiaries while also providing competitive returns to investors. By bringing together multiple payers to share the cost of restoration and tying payments to realized economic benefits, the FRB creates a compelling economic case for landowners as well as investors.

Similar public-private models (known as social impact bonds) have been successfully applied in the education and criminal justice spaces to drive measurably better outcomes. By applying the best practices of such models and working collaboratively with all stakeholders of forest restoration, the AFF/BFC/WRI coalition with its FRB can mobilize significant investment in forest restoration.

With nearly 4.4 million acres of essential watersheds on private lands (providing clean drinking water to some 22 million westerners) at high fire risk across the West, a scalable financing solution to the twin challenges of severe drought and catastrophic wildfire can no longer wait.