Sub-Saharan Africa is at a crossroads. With a still largely agricultural workforce, it has enormous potential for economic transformation and growth. At the same time, it is expected to be the region worst affected by climate change, with potentially devastating crop losses of up to 30 percent by mid-century.

The good news is that sub-Saharan Africa can transform its economy to improve productivity, reduce poverty and reduce the risk of climate change at once.

In the first decade and a half of this century, sub-Saharan Africa has experienced a “growth miracle”, with annual economic growth of almost 5 percent putting an important dent in poverty. But sharp declines in oil and commodity prices in the past two years have reduced its projected growth to 1.6 percent in 2016. Despite progress, nearly 400 million people remain in extreme poverty.

To build a modern, inclusive economy, policymakers in sub-Saharan Africa have begun to focus on economic transformation, moving workers from low-productivity sectors like agriculture to higher-productivity areas like industry and the service sector, as well as increasing productivity growth within sectors. This is the typical path that advanced economies have taken in the past.

The New Climate Economy project has demonstrated on the global scale that climate action and economic growth can go hand in hand. Now it takes those lessons to the African context in a comprehensive look at its potential for green growth. Good policies that recognize the close links between economic, social and environmental priorities can unlock major benefits over the long run.

A new report, Africa’s New Climate Economy: Economic Transformation and Social and Environmental Change, lays out five action areas for governments to consider as they form their development strategies for the next few decades.

1. Get the fundamentals right

A few basics can help underpin an inclusive and sustainable economic transformation. These include macroeconomic stability, access to finance and better management of sub-Saharan Africa’s abundant natural resources  Greater voice and accountability are essential to ensure government responds to people’s needs, in the fight against corruption and  for more effective management of public budgets. On the social side, the fundamentals include social and human development policies, with an emphasis on public health, education and gender equality.

2. Transform agriculture and land use 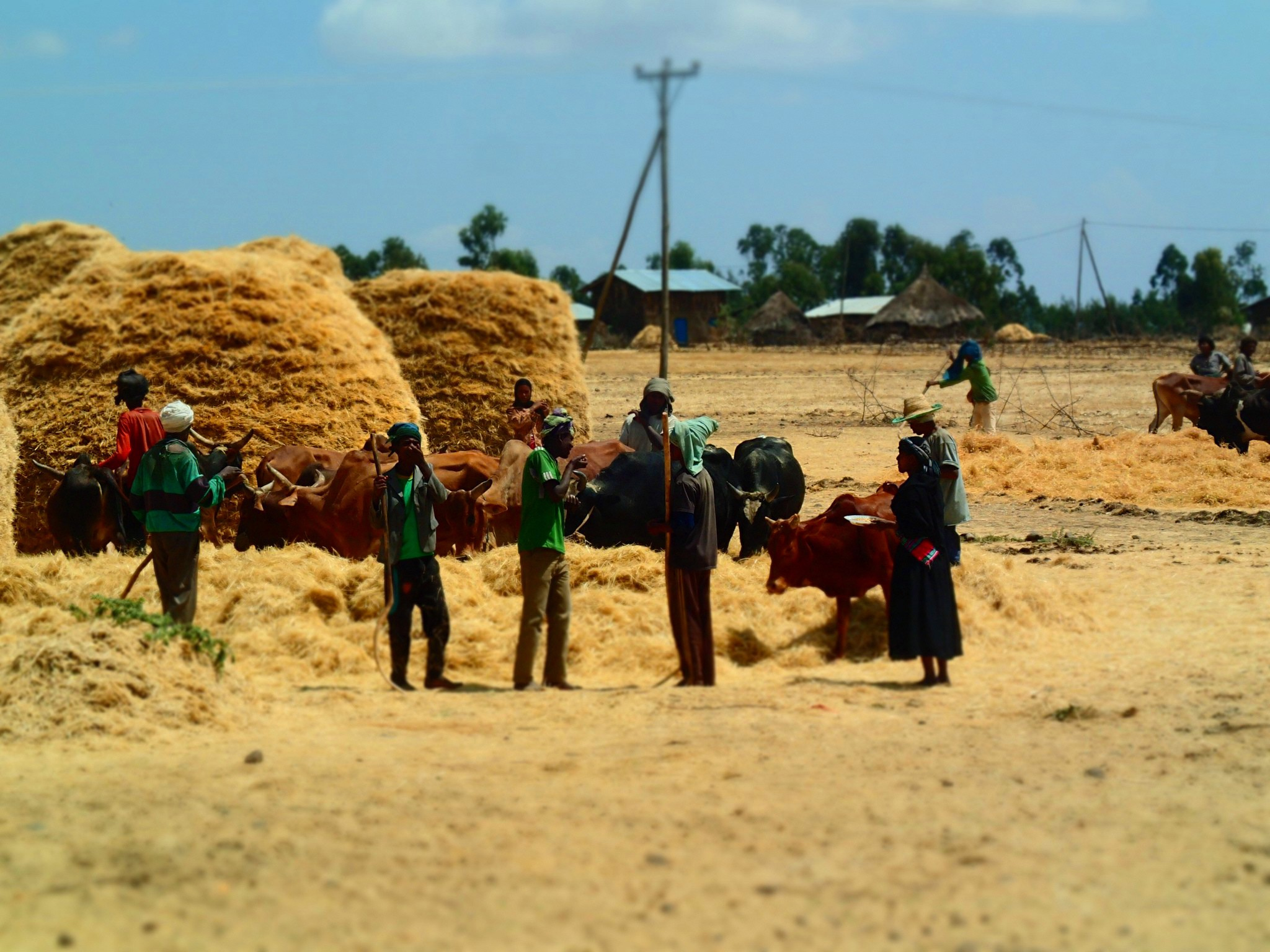 Harvest in Ethiopia. Photo by SarahTz/Flickr

Low crop yields and rapid population growth have pushed the expansion of cropland in sub-Saharan Africa far beyond the global rate, since more farmland is needed to grow more food for more people. This contributes to deforestation, exacerbates vulnerability to climate change and puts pressure on the fragile ecology in the region’s vast drylands. Intensifying agriculture to boost yields, combined with climate-smart farming techniques, can help boost farmers’ incomes, reduce environmental degradation and strengthen resilience to climate change. Landscape management efforts in Niger have allowed farmers to produce 100 kg/ha (90 lbs/acre) more grain than before, with gross real annual incomes increasing $1,000 per household for more than a million households. These approaches should be mainstreamed into national agriculture plans.

3. Diversify into manufacturing and other high-productivity sectors

Sub-Saharan countries have the potential to make robust gains in manufacturing and other modern sectors. Africa’s share of world manufactured export markets is so tiny – less than 1 percent – that even a modest increase could have a big impact on the sector’s growth. To build up manufacturing, there is an urgent need to strengthen infrastructure, in particular for electricity. Focused efforts are needed to promote manufactured and tradable service exports through better logistics, special economic zones and other initiatives. Selective industrial promotion policies can help overcome market failures, as long as they’re accompanied by transparency and accountability.

4. Unleash the power of urbanization 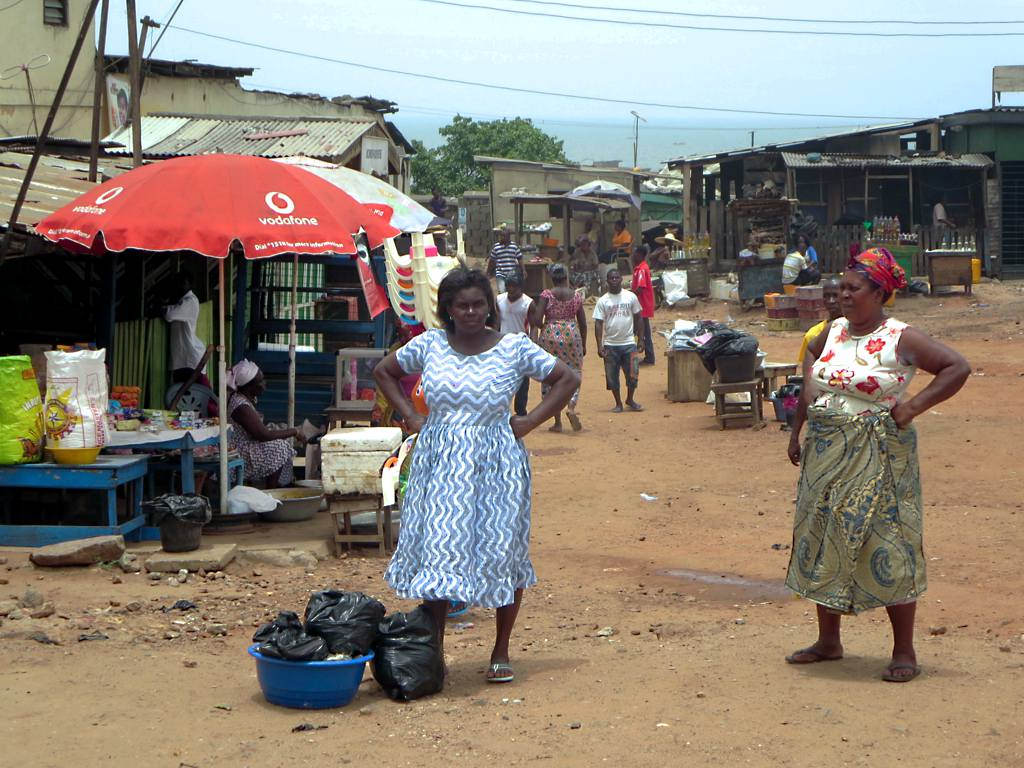 By 2050, sub-Saharan Africa’s cities will increase by almost 800 million people, nearly half of the projected rise in urban population globally. Urbanization in sub-Saharan Africa has been something of a missed opportunity so far, as it hasn’t been accompanied by economic transformation. Many cities already suffer from severe traffic congestion, long travel times, high road fatality rates, low energy efficiency, rising outdoor air pollution and rising GHG emissions. While urban populations are growing rapidly, in many cases, cities' physical footprints are growing even faster, creating urban sprawl. Kampala, for instance, grew geographically by more than 10 percent a year from 1990-2000, while population grew by 4.3%. A shift towards more compact, connected and coordinated cities will assist in creating a more productive, inclusive and clean urbanization.

Economic transformation in sub-Saharan Africa will require a large increase in energy supply. At present electricity consumption per capita is 17 of the world average, not enough to continuously power a 50-watt light bulb. Some 620 million people lack access to electricity. Sub-Saharan Africa has a few good things going for it on energy, though. For one, it has an enormously rich portfolio of clean energy assets: about 1,100 gigawatts (GW) of solar capacity, 350 GW of hydro, and 109 GW of wind. In addition, global technological progress has created the potential for developing countries to leapfrog to much more energy efficient processes and products than were available to other countries as they developed decades ago.