Facebook, a business that relies so heavily on people’s willingness to share information, took an important step recently by sharing some details of its own. The social networking company has, for the first time, released information about its greenhouse gas (GHG) emissions.

Facebook used the GHG Protocol’s Corporate Standard for reporting emissions, categorizing them into Scope 1 (direct emissions), scope 2 (emissions from electricity consumption), and scope 3 (all other indirect emissions including, in Facebook’s case, emissions from business travel and the construction of its data centers). Measuring GHG emissions is a crucial first step for any company seeking to manage and reduce its climate change impact.

Here are some of the key figures from Facebook’s GHG inventory: * Total Emissions (scope 1, 2, and part of scope 3): 285,000 metric tons (roughly the equivalent to the annual emissions from 56,000 cars) * Percentage of Total Emissions Due to Data Centers: 72 percent * Energy Mix: 27 percent coal, 23 percent “clean and renewable,” 17 percent natural gas, 13 percent nuclear, and 20 percent uncategorized (i.e. energy that’s purchased by utilities on the financial market and can include any or all of the above categories) * Energy Goal: 25 percent of energy coming from clean and renewable sources by 2015

What Do These Figures Mean?

Facebook’s figures demonstrate the dominant role that data centers play in the company’s carbon footprint. In fact, one-third of Facebook’s total scope 1, 2, and 3 emissions worldwide come from a single data center on the East coast of the U.S. Interestingly, the East coast data center consumes less energy than the West coast facility, but emits considerably more greenhouse gases. This is mainly due to the higher percentage of coal in the energy mix on the East coast.

GHG Protocol’s Scope 3 Standard includes 15 categories of indirect emissions. Not every company will factor in all of these emissions sources, but businesses should focus on the categories most significant to them. According to Facebook’s inventory, scope 3 accounts for 23 percent of total emissions. This includes “employee commuting, employee air travel, data center construction, and server transportation.” While this assessment is a good start, not all scope 3 emissions have been taken into account. 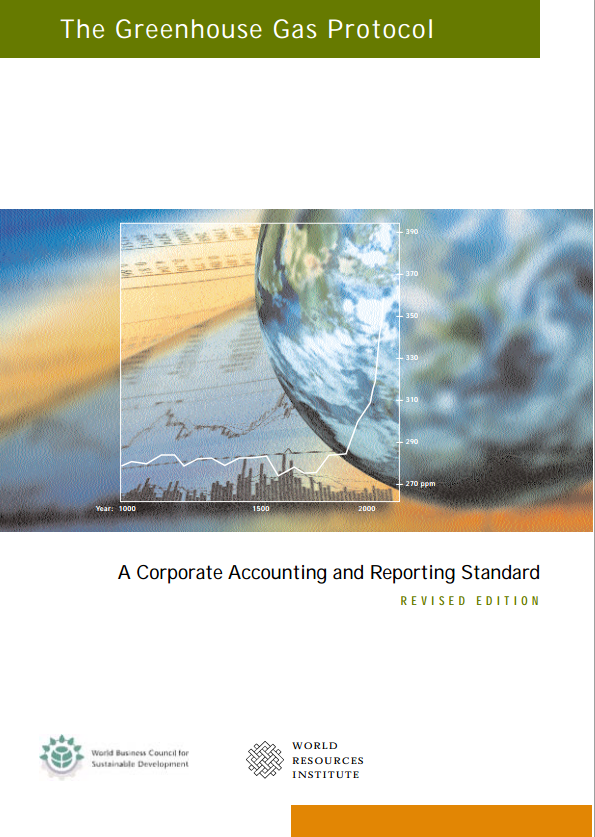 For example, Facebook doesn’t include “purchased goods and services” (e.g. computers), which may (or may not) be significant. Facebook also doesn’t include user emissions in its total emissions figure. The company states that: “The total annual carbon footprint per monthly active Facebook user is 269 grams. To put this number into context, one person’s Facebook use for all of 2011 had roughly the same carbon footprint as one medium latte.” It’s true that this number is small per user, but with 950 million Facebook users (and counting), this emissions source is actually quite significant. Inclusion of user emissions would almost double Facebook’s total emissions figure.

Facebook has set a company goal to derive at least 25 percent of its energy mix from clean and renewable sources by 2015. This would require only a two percent increase in clean energy use between 2011 and 2015, yet Facebook’s website states: “We know this is going to be a stretch for us, and we’re still figuring out exactly what it will take to get there.”

The Future of Measuring GHG Emissions in the IT Sector

The Information and Communication Technology (ICT) sector, which includes online companies like Facebook, accounted for an estimated two percent of global GHG emissions in 2008. And that number is rapidly increasing. Data centers are the fastest-growing emissions source in the sector, with emissions growing 56 percent worldwide between 2005 and 2010. Data centers now consume approximately 1.3 percent of electricity use in the world. Facebook’s data centers alone consume as much energy as 46,000 U.S. households a year.

Companies in the ICT sector face unique challenges when assessing GHG emissions from sources like cloud computing, due to the shared nature of the services and the number of components and materials involved. In response to these challenges GHG Protocol, in conjunction with the Global e-Sustainability Initiative and the Carbon Trust, is developing GHG accounting guidance for the ICT sector. The guidance will provide further direction for companies measuring the emissions from various ICT products and services, including cloud computing, data centers, software, and telecommunication networks. A first draft of GHG Protocol’s ICT sector guidance is already available online, and a second draft will be released for public comment later in 2012.

Facebook’s sustainability homepage promises that its carbon footprint analysis “is only the beginning.” Measuring GHG emissions is exactly that – a necessary first step towards developing greenhouse gas reduction strategies. What comes next will be more critical.

Now that Facebook has started to measure some of its emissions, it should carry out an assessment of emissions throughout its entire value chain to develop a complete baseline. From there it can focus its efforts on the emissions hotspots, set ambitious GHG reduction targets, and begin to track its performance over time. Given Facebook’s unprecedented global reach, the company also has the ability to affect change throughout its value chain in completely new and innovative ways.

As such a visible, high-profile company, Facebook has an exciting opportunity to assume a leadership role on climate change and to influence and inspire others. Its actions over the coming months and years will determine whether or not it seizes that opportunity.

To learn more about how other businesses are using scope 3 and other standards to measure their emissions, visit the GHG Protocol website.