The global recession has brought new attention to chronic structural flaws in current economic models and assumptions. As economies struggle to recover, many are taking a closer look at the broad concept of a "Green Economy," one that simultaneously promotes sustainability and economic growth What would this type of economy look like, and how could we get there? WRI Managing Director Manish Bapna responds to some of the most commonly-asked questions:

What is a Green Economy?

A Green Economy can be thought of as an alternative vision for growth and development; one that can generate growth and improvements in people’s lives in ways consistent with sustainable development. A Green Economy promotes a triple bottom line: sustaining and advancing economic, environmental and social well-being.

The prevailing economic growth model is focused on increasing GDP above all other goals. While this system has improved incomes and reduced poverty for hundreds of millions, it comes with significant and potentially irreversible social, environmental and economic costs. Poverty persists for as many as two and a half billion people, and the natural wealth of the planet is rapidly being drawn down. In a recent global assessment, approximately 60 percent of the world’s ecosystem services were found to be degraded or used unsustainably. The gap between the rich and poor is also increasing – between 1990 and 2005, income inequality (measured by the gap between the highest and lowest income earners) rose in more than two thirds of countries. 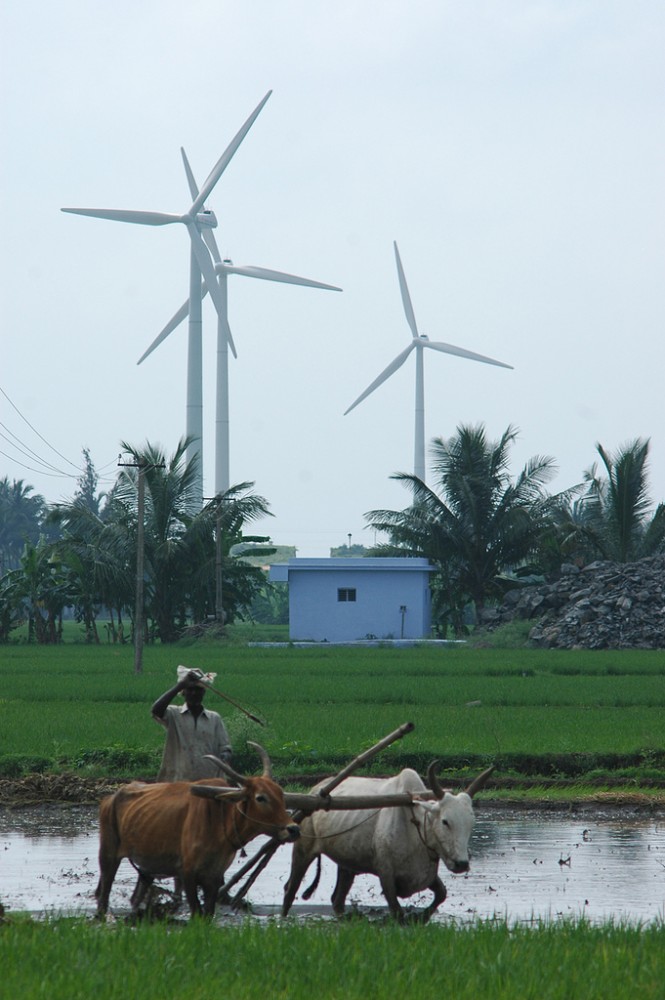 The persistence of poverty and degradation of the environment can be traced to a series of market and institutional failures that make the prevailing economic model far less effective than it otherwise would be in advancing sustainable development goals. These market and institutional failures are well known to economists, but little progress has been made to address them. For example, there are not sufficient mechanisms to ensure that polluters pay the full cost of their pollution. There are “missing markets” – meaning that markets do not systematically account for the inherent value of services provided by nature, like water filtration or coastal protection. A “market economy” alone cannot provide public goods, like efficient electricity grids, sanitation or public transportation. And economic policy is often shaped by those who wield power, with strong vested interests, and rarely captures the voice and perspectives of those most at risk.

A Green Economy attempts to remedy these problems through a variety of institutional reforms and regulatory, tax, and expenditure-based economic policies and tools.

The transition to a Green Economy has a long way to go, but several countries are demonstrating leadership by adopting national “green growth” or “low carbon” economic strategies. And there are many examples of successful, large-scale programs that increase growth or productivity and do so in a sustainable manner. For example:

More examples can be found in the recent United Nations Environment Programme’s report on the Green Economy.

How does Green Economy differ from previous efforts to promote sustainability – what is new?

In many ways, Green Economy objectives simply support those already articulated for the broader goal of sustainable development. But this new framing responds to two recent developments.

First, there is a deeper appreciation today by many governments, companies, civil society and the public that we are reaching planetary limits, not just in terms of greenhouse gas emissions but also in our use of water, land, forests and other natural resources. The environmental and social costs of our current economic model are becoming more and more apparent.

Past sustainability efforts have not focused sufficiently on fixing the failures of economic policies. But we now have a chance to tackle these challenging problems given the policy openings created by the response to the financial crisis.

Second, and perhaps even more important, the global recession has led to a reconsideration of key tenets of the current economic model – such as the primacy of growth and the belief in light-touch regulation. In openly questioning the strength of the status quo, many public- and private-sector leaders are seeking:

These developments point to the need for new sources of growth that are environmentally sustainable – for example, employment in high-growth sectors such as clean energy. Past sustainability efforts have not focused sufficiently on fixing the failures of economic policies such as pricing pollution. But we now have a chance to tackle these challenging problems given the policy openings created by the response to the financial crisis. A good example is Korea’s adoption of a national green growth strategy (described above).

Some see marrying sources of new growth with sustainability as the future. Why is China investing in wind? To win tomorrow’s markets, not necessarily to compete in today’s. As the late C. K. Prahalad – a visionary on corporate strategy ―was fond of saying, “we need to move from seeing sustainability as a cost or hindrance to realizing that it’s a key driver of innovation”.

What are some of the concerns and tensions with the concept of a Green Economy?

One question people ask is “can we afford this?” We’re still in the wake of the global financial crisis and many people perceive Green Economy solutions as expensive. The United States is asking itself whether it can afford to put a price on carbon today. Developing countries are concerned that transitioning to a Green Economy will hinder economic growth and the ability to reduce poverty.

Moreover, there will be short-term, nontrivial losses associated with changes in industry and market structure (e.g., a decline of the coal industry and related job losses.) Supporting those actors who will bear the brunt of the transition will be critical to building broad ownership for a Green Economy.

Some countries feel that they are lagging in green technology know-how and therefore will be at a competitive disadvantage in the race for future markets. Others feel that the Green Economy is a pretense for rich countries to erect “green” trade barriers on developing country exports. These are all legitimate concerns that deserve attention.

Ultimately, a hard-nosed economic analysis should inform decisions on what policies and investments to promote today. When the full costs and benefits over time are taken into account however, many Green Economy solutions will be seen as more attractive. Nevertheless, there will still be difficult choices and tradeoffs. For example, should India aggressively promote grid-connected, relatively expensive solar power when hundreds of millions in the country still have no access to electricity? And even where Green Economy solutions make economic sense, they may be politically challenging. The transition to a Green Economy will not be easy.

What are the challenges to a transition to a Green Economy, and what will make it possible?

The principal challenge is how we move towards an economic system that will benefit more people over the long run. Transitioning to a Green Economy will require a fundamental shift in thinking about growth and development, production of goods and services, and consumer habits. This transition will not happen solely because of better information on impacts, risks or good economic analysis; ultimately, it is about politics and changing the political economy of how big decisions are made.

The problem is vested interests. Those who benefit from the status quo are either overrepresented in or have greater access to institutions that manage natural resources and protect the environment. U.S. climate legislation, for example, was defeated in no small part by resistance from fossil-fuel based energy advocates.

Timing is everything when it comes to big policy reforms. Green Economy advocates will need to be ready when that window of opportunity presents itself.

Ultimately, the widespread transition to a Green Economy will depend on whether or not the long-term public interest is reflected in today’s economic policies.