Laws alone are not enough to ensure environmental protection. Civil society organizations often play a critical role in bringing those laws to life. In Uganda, Greenwatch has done exactly that for the country's laws on access to environmental information, the first of which passed in 1998.

Under Ugandan environmental law, the public has several opportunities to make its voice heard about new development projects. Projects that might affect the environment of Uganda have to be approved by the National Environment Management Authority (NEMA). Before such projects are approved the developer must perform an Environmental Impact Assessment (EIA), which studies the environmental impacts and examines environmentally friendly alternatives. The law requires that the press announce that the assessment has been performed and that the written results are made available to the public for comment. If comment shows that a project is controversial, NEMA must hold a public hearing.

The public can also challenge NEMA decisions in the Ugandan courts, and that's where the civil society organization Greenwatch, Uganda (Greenwatch) has distinguished itself. As early as 1999, the organization began suing the government to honor the regulations requiring the assessments. 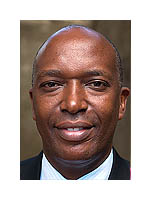 Greenwatch's first court challenge of a NEMA decision was to a hydro-electric project funded by the International Finance Corporation and other banks. A utility company - AES Nile Power - was attempting to sign a power purchasing agreement with the Government of Uganda, but the company had not performed an assessment nor had it obtained NEMA approval.

Although the court refused to stop the signing of the agreement, Greenwatch and other advocates of greater public participation consider the case a partial victory: for the first time, a Ugandan court recognized that concerned advocates could bring a case to vindicate environmental laws. Justice Richard Okumu Wengi of the High Court of Uganda also declared that an assessment and NEMA approval were required before the project could go forward.
(Citation: NAPE VS AES Nile Power Ltd High Court Misc. cause No. 26 of 1999)

A recent UN report concludes that while Uganda has made remarkable progress in the application of EIA procedures, there is a need to improve key aspects of its application. The report states that there is a "need to further develop approaches to ensure effective public participation in EIA, as well as need to create and strengthen regional and sub-regional EIA networks to complement national efforts for promotion of EIA."

Greenwatch has also successfully used the space provided for public participation at EIA public hearings to stop the spraying of herbicides on Lake Victoria – the second largest lake in the world and the largest in Africa. Greenwatch produced convincing evidence to show the dangers of pesticide spraying. Greenwatch also showed that the entire operation might not be financially viable because the Ugandan company’s parent company in the U.S.A was bankrupt.

Greenwatch continues to advocate in the public interest today. Most recently, it obtained an interim order against Warid Telecom (U) Ltd., stopping the construction of a telecommunication tower in a residential area. The company had failed to perform an EIA and the residents had fears of a cancerous gas affecting them and the construction noise creating a nuisance. Warid Telecom has challenged these allegations saying that there is no scientific basis for any of them. The application for a temporary injunction will be heard soon.

Greenwatch has been closely associated with The Access Initiative coalition in Uganda and has blazed a trail championing citizen rights of access to information, public participation and access to justice ("access rights") in environmental matters. It also works closely with the Government of Uganda to train public officers and judges in environmental law.

"Every person has a right to information under the Ugandan Constitution," says Kenneth Kakuru, the Director of Greenwatch, Uganda. "An Environmental Impact Assessment is a public document."

Full Judgments and more information can be obtained from the Greenwatch website, www.greenwatch.or.ug.