A Right to Information request in India has revealed that an Environmental Impact Assessment (EIA) for a bauxite mining project in Ratnagiri, Maharashtra, was copied at least in part from a Russian EIA for a bauxite mine.

Variables in surface water quality, precipitation, bird and mammal densities, number of species and impacts of the projects match. The Indian EIA even listed tree species found only in northern temperate regions, such as Alaska, Norway and Russia. 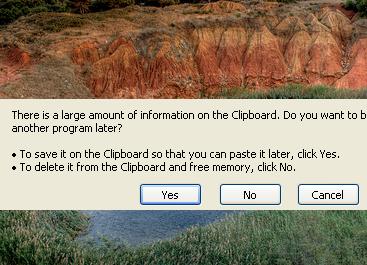 The fraud in Ratnagiri, Maharashtra was exposed by Ritwick Dutta, an environmental lawyer with the help of Mark Chernaik, a staff scientist in the Environmental Law Alliance Worldwide network. Ritwick Dutta is also a leader in the The Access Initiative (TAI) India network and will soon launch a TAI assessment for Northern India. The TAI assessment will reveal gaps in laws, institutions and practices relating to transparency, inclusiveness and accountability in government decision-making on environmental matters in Northern India.

Since 2005, the Indian Right to Information Act has allowed citizens to expose corruption in government and fraudulent practices in decision-making processes. EIAs are required for certain development projects that have significant impacts on the environment. Hundred of EIAs are being filed throughout India for development projects that range from hydroelectric dams to roadways and mining. Monitoring EIAs to ensure that environmental impacts are considered and eliminated or mitigated has become a huge challenge for civil society organizations. The Right to Information Act has become a useful tool in this Herculean task.

The Access Initiative (TAI) seeks to ensure that people have a voice in the decisions that affect their environment and their communities. TAI partners promote transparent, participatory, and accountable governance as an essential foundation for sustainable development. To achieve this goal, partners form national coalitions, assess government progress using a common methodology, raise public awareness, and set priorities for improvements in policy and practice.

India was the site of a pilot TAI assessment; an assessment for the State of Karnataka is proceeding. TAI India partners have worked to achieve changes including intervening in Government efforts to abridge public information and participation rights in the environmental clearance process for development projects.