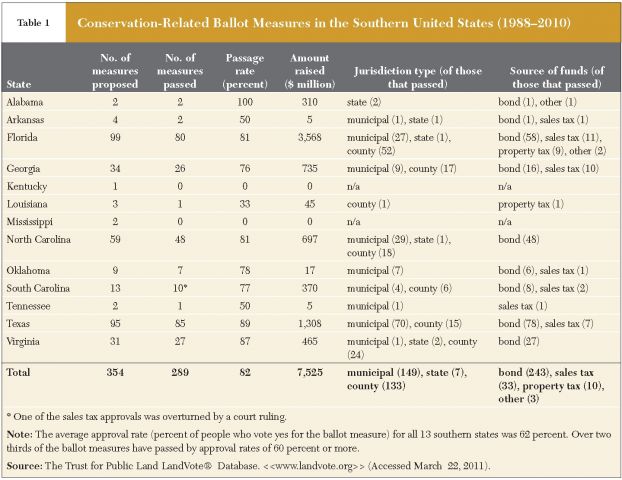 Utilization of conservation-related ballot measures across the South was mixed among states. Florida and Texas led in the passage of these measures, with 80 or more from 1988 through 2010, or nearly four per year on average. Regions around Atlanta (Georgia), Research Triangle (North Carolina), and the Richmond-Arlington corridor (Virginia) had a relatively large number of measures, too (Figure 1). Six states—Alabama, Arkansas, Louisiana, Oklahoma, South Carolina, and Tennessee— had less than one measure pass per year on average. Two states, Kentucky and Mississippi, did not pass a single measure during the time period.