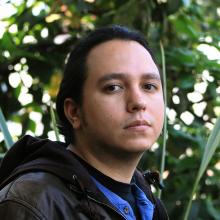 Mauricio (Mau) is an Analyst in the Urban Development Area of WRI Ross Center for Sustainable Cities. He works on the development of Geographic Information Systems (GIS) based on the elaboration and collection of geo-referenced data at different levels of disaggregation. He also develops urban diagnoses, studies and socio-spatial analysis, urban indicators and cartography for the program.

Mau previously worked as a National Consultant for UN-Habitat Mexico where he collaborated in projects such as the Municipal Program of Territorial Planning for the municipality of Torreón, Coahuila, the First Hack Day UN-Habitat Mexico "Youth and Government" and publications as "Current State of The Cities of Mexico 2011" and the "National Report on Mobility in Mexico 2014-2015," has also worked in the public sector as Deputy Director of Analysis of Assignment and Real Estate Development at the Mexico City Ministry of Economic Development (SEDECO).

Mauricio is an urban planning graduate from the National Autonomous University of Mexico (UNAM) and a fervent supporter of the Monterrey Rayados. His other passions include cinema and rock n roll.