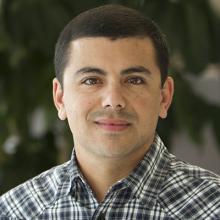 John-Rob is the Manager of Knowledge and Partnerships for UrbanShift in the WRI Ross Center for Sustainable Cities. Funded by the Global Environment Facility, and delivered in collaboration with ICLEI, C40 Cities and UN Environment Programme, UrbanShift supports cities around the world to adopt integrated approaches to urban development, in an effort to build an equitable, zero-carbon future where both people and the planet can thrive. UrbanShift’s approach to transformative urban development is two-fold: local action at the city level combined with capacity-building at the global scale. The program brings together participating cities on a wide range of urban sustainability issues including nature-based solutions, urban biodiversity, climate finance, climate action planning and strategic urban planning. In his role John-Rob manages WRI’s contribution to UrbanShift by overseeing the day-to-day management of the project, and helping to lead on M&E and reporting, partner engagement, development of content for technical capacity building courses, organizing peer exchanges and other learning events for cities, sustainable finance, and the integration of gender and equity objectives.

Prior to UrbanShift, John-Rob was the Implementation Manager for Cities4Forests, an initiative that aims to cultivate awareness and catalyze action on the part of urban residents and city governments to conserve, manage, and restore trees, forests and other nature-based solutions (NBS) inside and outside city boundaries, and to harness the previously untapped voices of mayors in support of global forest conservation. John-Rob helped to start the initiative in 2018 and then managed project delivery with WRI’s international office teams in Brazil, Central Africa, Colombia, Ethiopia, Kenya, India, Indonesia, Madagascar and Mexico. He led on strategy, engagement with partners and donors, and fundraising. He was the focal point for many member cities in Africa, Latin America and Europe and contributed to cutting edge research on NBS and climate adaptation, a new methodology for cities to inventory GHG emissions and removals by trees and forests, and an evaluation of the benefits of forests for cities and their residents.

Previously, John-Rob worked with WRI’s Global Restoration Initiative, where he supported the African Forest Landscape Restoration Initiative (AFR100), a pan-African, country-led initiative to restore 100 million hectares of degraded land by 2030 to capture benefits for food and water security, poverty alleviation, and climate change resilience. He also led strategic engagement for the Global Restoration Council, a high-level body of restoration champions which aimed to harness the collective wisdom, influence, and energy of its members to catalyze and sustain a global movement for landscape restoration.

John-Rob holds a Master of Science in Environmental Policy from the University of Oxford, where he was a student of St Edmund Hall. He also holds a Bachelor of Science (Honors) in Biodiversity and Conservation and a Bachelor of Science in Zoology and Environmental Science, both from Rhodes University in Grahamstown, South Africa. John-Rob is originally from Botswana and is a dual national of South Africa and the United Kingdom. He speaks fluent Setswana and Sotho and conversational Afrikaans and French, and enjoys being outdoors and in nature.