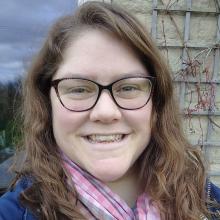 Freya is a Communications Manager in WRI's Climate Program, where she focuses on strategy and engagement for national climate action as part of the New Climate Economy project. Her primary focus is on NCE’s Africa programs in Ethiopia, Kenya, Nigeria and South Africa. She also supports wider institutional communications and engagement efforts.

Previously, she was Head of Communications at the Coalition for Urban Transitions — an NCE Special Initiative co-managed by WRI and C40 Cities. In this role she led the communications efforts on publications, events and partnerships.

Before joining WRI, Freya worked as an academic communications specialist at Imperial College London and the University of Oxford. She specialized predominantly in energy research, working with academics to promote scientific, evidence-based responses to the global energy challenge. Freya has also worked at the Centre for Alternative Technology, an environmental educational charity, in the media and marketing department.

She holds an MSc in Environmental Politics and Policy and a BA in English Literature, both from the University of Leeds.

She lives in Edinburgh, Scotland, where she enjoys swimming in the sea year round, playing boardgames, and baking bread.