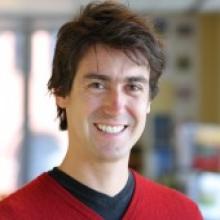 Francisco Almendra is an Associate in the Climate and Energy Program at the World Resources Institute. As a member of the International Technology Policy team, Francisco works on the Carbon Capture and Sequestration (CCS) initiative, where he focuses on CCS regulatory and deployment issues, both in the US and internationally. His current work involves fostering US-China cooperation on CCS, and developing adequate community engagement guidelines for CCS projects.chicoalmendra

Before joining WRI, Francisco has worked as a consultant for the World Bank’s Office of the Chief Economist (Africa Region), and for its Poverty Reduction and Economic Management unit. He has also contributed to the United Nations Foundation’s work on international climate and bioenergy policy. Prior to working with international development and climate, Francisco spent eight years working in the international trade of coal and steel in East Asia, Middle East, Africa and Latin America.

Francisco holds a Masters in Public Administration in International Development (MPA/ID) from the Harvard Kennedy School, and a B.S. in Economics/Finance from IBMEC in Brazil. He has lived in China, South Africa and Brazil, and speaks Portuguese and Spanish.