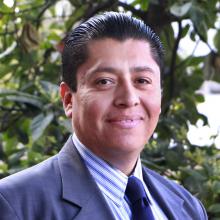 He has been a consultant on legal issues; administration, finance and public policies, mobility, environment and urban development, normalization processes, government purchases, among others. In addition, he has held multiple positions in the Public Administration in Mexico, both in CDMX and in the Federal Government where his most recent position was General Director of Material Resources, Real Estate and Services (SEMARNAT).

From September 2017 to November 2018 he was Manager of Urban Regulation and Regulations at WRI Mexico, where he was in charge of developing proposals for regulatory schemes and normative provisions focused on urban development.

In 2019 he rejoined WRI México as Financial Legal Advisor in the Mobility Department.