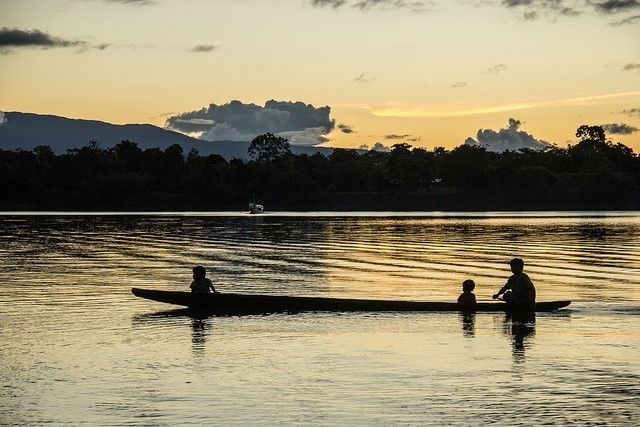 Communities sacrifice decades navigating complex, expensive government processes that can force them to give up territory and rights, while companies quickly secure concessions on the same land

LIMA (July 11, 2018) —A new scramble for land is heating up across the developing world. Indigenous Peoples and communities are losing their land at alarming rates as companies rapidly expand operations across resource-rich Africa, Asia and Latin America. Although more than 50 percent of the world’s land is collectively held, indigenous groups and communities legally own just 10 percent of land globally. A new report from World Resources Institute finds that in many countries, the process to formalize land rights is extremely complex, costly and slow, taking up to 30 years or more — in the Philippines, the process requires 56 legally mandated steps, and in Indonesia, 21 different government entities are involved — but companies can typically secure long-term rights to land in just 30 days to five years. The report sheds light on the uneven playing field between companies and communities, and recommends a more transparent path forward.

One of the most comprehensive global reviews of how communities and companies formalize land rights, The Scramble for Land Rights: Reducing Inequity between Communities and Companies, looks at the discrepancies in time, money, land size and rights granted in 15 countries. Without formal legal recognition, communities struggle to protect their land from being developed or exploited.

WRI finds that, in addition to a much more complicated and opaque process to formalize land tenure, Indigenous Peoples and communities are often forced to give up significant areas of their customary land or lose rights to valuable natural resources like clean water or medicinal plants, crippling their livelihoods. And it isn’t only communities that are hurt by these practices — well-intentioned companies that follow government policies to acquire land are at a competitive disadvantage compared to businesses that take shortcuts, exploit loopholes and begin commercial operations before obtaining final approvals.

“Governments must take a hard look at how their land rights policies favor companies, especially those that clear forests, burn carbon-rich peatland or otherwise exhaust natural resources, over indigenous communities who have long protected the world’s forests,” said Victoria Tauli-Corpuz, the United Nations Special Rapporteur on the Rights of Indigenous Peoples. “This unfair playing field not only poses grave environmental risks, but it also threatens the livelihoods of more than 2.5 billion people who depend on collectively held land.”

In Indonesia, Indigenous Peoples have spent upwards of 15 years trying to formalize their rights. Around 20 communities have secured title to about 20,000 hectares of land, while palm oil companies, which can secure commercial land rights in just three years, own plantations that cover close to 14 million hectares of Indonesia.

Experience the process for yourself. Check out our interactive infographic on how communities and companies get land rights.

Communities across rural Uganda wade through a 17-step process requiring approval from institutions that the government has yet to establish in some districts, whereas companies glide through the process in as few as five steps.

The report finds that, in most countries, companies are allowed to secure land rights without screening for existing community claims to the same land, and that even when governments require community consultations, businesses only make token gestures instead of sincerely trying to obtain the community’s free, prior and informed consent.

“When companies acquire land, those acting in bad faith can often find legal, extralegal or illegal shortcuts. This not only increases the risk of land conflicts, but also puts more ethical companies at a competitive disadvantage,” said Laura Notess, lead author of the report and a lawyer with WRI’s Land and Resource Rights Initiative. “For instance, one company in Mozambique spent two years consulting communities, while others skipped this step altogether, obtaining land in as a little as three months.”

This unfair playing field pushes out some of the best stewards of the world’s forests. Too often, investors who obtain rights to community lands deforest vast areas and exhaust natural resources in one community, then move on to the next, whereas Indigenous Peoples and rural communities have sustainably managed their land for generations. According to Global Forest Watch, the world lost 15.8 million hectares of tropical forest in 2017, but the rate of tree cover loss was less than half in community and indigenous lands compared to elsewhere.

In Peru, companies can easily find shortcuts around burdensome requirements, such as purchasing small plots of land and converting them into large agroindustrial concessions to avoid environmental regulations and clear swaths of the Amazon. Indigenous communities do not have this option, and so when land disputes or other obstacles arise, efforts to title their land grind to a halt.

For example, in 2014, large sections of the Santa Clara de Uchunya community’s ancestral forests started disappearing. Without the community’s knowledge or consent, the regional government had given away rights to many small plots of their land, which Plantaciones de Pucallpa, a palm oil company with known environmental and legal troubles, bought up.

“For communities like mine, our land is our livelihood. In Ucayali, a palm oil company has shut us out from land that is our home, cutting down the forest and leaving us with no choice but to fight back in court,” said Carlos Hoyos Soria, leader of the Santa Clara de Uchunya community in Peru “At the same time, our application for land title has stalled for several years, during which time we’ve been met with death threats and violent attacks against our community. We fear for our lives, but without our land, we lose everything.”

Tensions like these are escalating across many of the 15 countries studied in The Scramble for Land Rights. The disparities between communities and companies breed hostility that can quickly devolve into conflict, particularly in Latin America where hundreds of environmental defenders have been murdered in the last decade amid escalating violence. Conflicts range from boundary disputes with neighbors to overlapping concessions, and they can tie communities up in bureaucratic red tape for years.

"What is at stake is the fate of the Amazon and its indigenous populations. To do nothing and turn our backs on these communities is too dangerous,” said Hildebrando Antonio Collantes Zegarra, Head of the Indigenous Communities Office, Subnational Government of Ucayali for the Ministry of Agriculture in Lima. “Governments, including Peru, must do more to protect Indigenous Peoples’ and communities’ land rights. They must simplify processes to document community land, strengthen Indigenous Peoples’ access to titling and provide more resources to mediate intensifying conflicts fueled by the rise of drug trafficking, illegal logging and illicit land trafficking.

To level the playing field between communities and companies, the report calls on countries to make overly complex procedures clearer and more accessible, amend steps that impose difficult, undue burdens on communities and uniformly enforce corporate land acquisition policies. And around the world, better conflict resolution mechanisms are needed to address competing third-party claims and increase community consultations that ensure free, prior and informed consent (FPIC).

The full report is available at /publication/scramble-for-land-rights.

Quote from Anne-Sophie Gindroz, Southeast Asia Regional Facilitator, Rights and Resources Initiative (RRI):
“Communities cannot compete with the pace and scale at which their lands and forests are signed away by governments to the corporate sector. Without urgent measures to secure claimed territories, there will be more conflicts, violence and injustice, hampering sustainable development.”

Quote from Anne Larson, Principle Scientist, Center for International Forestry Research (CIFOR):
“Our research shows that in Peru, titling of indigenous lands is still long, complicated, costly. Despite important advances, the procedure remains overregulated and faces inconsistencies. Even in cases where communities have been able to title their lands, many still face problems with their titles that hinder their ability to benefit and make them vulnerable to invasions, changes in law and, in general, more powerful actors. Mechanisms to address conflicts should be central in the titling process, as the inability to address conflict situations impedes success for both communities and forests.”

Quote from Christine Halvorson, Program Director, Rainforest Foundation US (RFUS):
"Securing indigenous land rights is one of the most effective ways to protect the forest. Securing indigenous territories in Guyana would contribute to the country's international commitments to both the environment and human rights."

Quote from Dean Affandi, Research Analyst, World Resources Institute Indonesia (WRI):
“In Indonesia, the rights to secure lands are often compounded by the lack of a single national reference map with all data on land utilization, causing overlapping boundaries of various entities such as protected areas, customary land, mining areas, forest concessions, smallholders’ parcels, village areas and more. The Indonesian government’s One Map Policy is aimed to resolve disagreements over land assignment, expedite government’s commitment to pass the long-delayed law on indigenous people’s rights and restore justice for communities to enable the achievement of a more sustainable land use.”