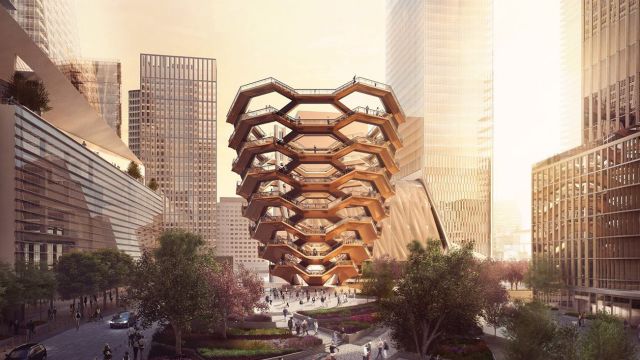 NEW YORK (October 12, 2017) — Well over half of the world’s population lives in cities, and more than two-thirds will do so by the middle of this century. This trend will bring new possibilities as well as risks: cities can be drivers of opportunity, creativity and growth – or lead to more waste, pollution and suffering. The trajectory of many cities needs to change, spurred by transformative solutions that go beyond a single block or street. With the generous support of visionary business leader and philanthropist Stephen M. Ross, World Resources Institute’s Ross Center for Sustainable Cities is announcing the “WRI Ross Prize for Cities,” a global competition to identify, celebrate and replicate transformative urban initiatives.

“I believe passionately in the power of unique urban projects to profoundly impact cities,” said Stephen M. Ross, Chairman and Founder, Related Companies. “Transformative projects can create a ripple effect, creating significant economic impact, igniting citywide change and spurring innovation across the globe. This prize is designed to recognize the innovators that are improving our streets and positively impacting our neighborhoods, and inspire others with their ideas and achievements.”

Beginning in January 2018, WRI Ross Center for Sustainable Cities will accept nominations from individuals or groups for projects that sparked transformative urban change but have yet to achieve the recognition they deserve. Nominees can be from the public or private sector, or civil society. A jury of mayors, leading urban thinkers and private sector representatives will then select five finalists. From the finalists, a winner will receive the $250,000 WRI Ross Prize for Cities.

Projects will be judged based on:

“How we build cities needs to change and needs to change fast,” said Ani Dasgupta, Global Director, WRI Ross Center for Sustainable Cities. “We need to do more with less, and that’s why these projects with a multiplier effect are so important.”

Not all transformative solutions need to be brick and mortar projects. For example, Surat, India, turned a plague outbreak into an opportunity to reform the health system and transform the city by improving waste management, adding new public health monitoring and managing flood risk. Submissions of this kind will also be considered.

To learn more about the Ross Prize, including how to submit nominations and support the prize, visit www.wrirosscities.org/prize.