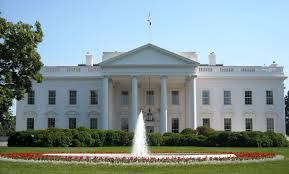 WASHINGTON (June 1, 2017) —Today President Trump announced that the United States will withdrawal from the Paris Agreement on climate change.

“This decision is a colossal mistake. It shows a stunning disregard for the well-being of people and the planet. President Trump will now have to answer for walking away from one of the most hard-fought and popular global achievements in recent memory.

“Withdrawing from the Paris Agreement will leave the U.S. diplomatically adrift, at odds with nearly 200 countries. There are now 194 countries united in their determination on climate, while a group of three – Syria, Nicaragua, and the United States – stand apart.

“This decision is based on last century's economic thinking and will turn the U.S. back to last century’s economy. It reflects a serious underestimation of American business ingenuity, and will be a drag on companies’ ability to respond to the new economy of the 21st century. In reality, the U.S. has one of the most dynamic spirits of entrepreneurship in the world and should be at the head of the pack. In abandoning the Paris accord, the U.S. will lose out on new jobs and economic opportunities of the low-carbon future.

“Climate change presents a clear, urgent and undeniable threat. Vulnerable communities are already suffering from sea level rise, flooding, droughts, and heat waves. Climate refugees are increasingly a destabilizing force in many countries. These are the realities the U.S. must face.

“New coalitions of states, cities and businesses will help fill the void, but people will not forget that the Trump administration let them down at this critical moment. Meanwhile, China, India, the EU and many others have made it clear that they are eager and unwavering in their pursuit of a low-carbon future.

“The Paris Agreement was carefully constructed in line with long-standing goals over many administrations. His proposal to renegotiate a global climate agreement is divorced from reality. Having left the Agreement, he has undermined the trust of other countries even to consider such an option.

“This president has consistently undermined environmental and climate protections since taken office. So any suggestion that he wants to renegotiate the Agreement in good faith defies credibility.

“For a self-proclaimed dealmaker, this decision is a clear loser. President Trump has flushed away years of hard work and skillful diplomacy, leaving Americans and future generations less secure and more isolated in the face of this existential challenge.”