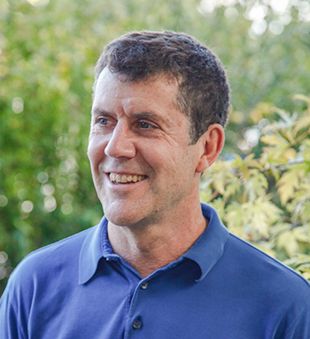 WASHINGTON (October 3, 2016)--World Resources Institute is pleased to announce that Rod Taylor has been selected as the new Global Director of WRI’s Forests Program. Taylor brings two decades of leadership, most recently as Director of WWF’s Forest Program, which has a goal to protect and improve the management of forests. He will now lead WRI’s forest strategy in WRI’s quest to strengthen how forests are conserved, sustainably managed, and restored to benefit people and the planet.

At WRI, Taylor will guide some of WRI’s most iconic initiatives, including Global Forest Watch, the Global Restoration Initiative and the Forest Legality Initiative.

“We are thrilled to bring Rod Taylor on board as our new forests director,” said Dr. Andrew Steer, President & CEO, WRI. “He comes at a time when forests are gaining in global prominence as one of the key environmental challenges of our era. Rod is a renowned and experienced leader whose innovative vision will improve the world’s forests and the lives of people who depend on them.”

At WWF, Taylor was the Forest Program Director, where his leadership helped develop the Global Forest and Trade Network, the New Generation Plantations platform, and impactful partnerships with major forest-dependent businesses such as IKEA. He was the driving force behind WWF’s Living Forests reports, which explore the critical role forests can play in a shift to a world where people live within the earth’s ecological limits and share its resources more equitably.

“Rod has made a great contribution to WWF, building coherence and expertise within our diverse global forest community, and leading our engagement of external stakeholders to advance forest conservation,” said Deon Nel, WWF Global Executive Director of Conservation. “We wish him well in his new role and look forward to even stronger collaboration with WRI on forest conservation issues.” Before his directorship, Taylor led WWF’s forest work in Asia Pacific out of WWF’s Indonesia office. Previously, he worked on forest policy reform and community-based resource management in Papua New Guinea, the Solomon Islands, Indonesia and Nepal.

“WRI has a strong reputation both as a trusted partner and thought leader on forests. They are at the center of efforts to usher in a new era of radical transparency around forests, a burgeoning restoration movement and a stronger fight against illegal logging,” said Taylor. “I am pleased to be joining WRI at this exciting time.”

Craig Hanson, WRI’s Global Director of Food, Forests and Water, added, “Rod is a knowledgeable and gifted leader respected by many in government, business, and NGOs. The forests team and I look forward to working with him to sustain forests for the future.”

Taylor officially joined WRI on October 3 and will be based out of our global office in Washington, DC.