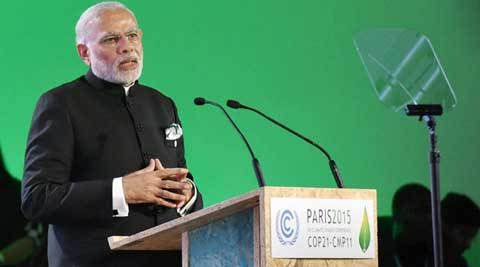 PARIS (November 30, 2015)- Indian Prime Minister Narendra Modi and other leaders announced the International Solar Alliance today in Paris. The newly formed solar alliance of more than 120 countries will play an important role in advancing solar deployment around the world.

“This new alliance is a sign of India’s leadership on the global stage. The international alliance brings together developing and developed countries to expand energy access, accelerate solar power deployment, and stimulate economic development. Intended to mobilize $1 trillion in investment, the alliance should drive down the costs of solar power, making it affordable for a growing number of communities.

“Prime Minister Modi, who spearheaded this partnership with leaders of several African countries, continues to show strong commitment to expand renewable energy in India. The alliance will support India in building 100 gigawatts of solar energy by 2022.

“This alliance brings in many other countries with vast solar potential, including many from Africa. By facilitating international cooperation, the alliance will advance technology exchange, drive innovation and create new business opportunities in India and elsewhere.

“This new alliance is a shining example of how an ambitious climate agreement can stimulate public and private investments in the low-carbon economy."