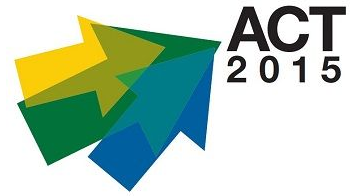 WASHINGTON (December 2, 2014)—A global consortium of the world’s leading experts on international climate policy and action today released a comprehensive proposal outlining the key ingredients to reach a global climate agreement in Paris next year. The study, “Elements and Ideas for the 2015 Paris Agreement” provides guidance for how to embed these elements into an ambitious, fair, and universal global pact.

The proposal, by the Agreement on Climate Transformation 2015 (ACT 2015) consortium, aims to provide recommendations that are grounded in political realities and adequately respond to the dangerous and costly impacts of climate change.

“The world needs a dynamic global climate agreement that can stand the test of time,” said Jennifer Morgan, Global Director, Climate Program, World Resources Institute. “After listening to hundreds of governments and stakeholders around the world over the last year, this proposal offers a fresh, new approach that can bring the world together to address the climate crisis.”

The paper is based on intensive analysis by 10 research institutions with outreach to climate negotiators, hundreds of government representatives and other stakeholders convened during 12 workshops over the past year.

The ACT2015 consortium is the broadest effort to date to engage countries and stakeholders to reach a 2015 global agreement. The year-long effort has been led by leading national and international institutions and experts expressing views from Belgium, China, Germany, Mali, The Netherlands, Nigeria, The Philippines, United Kingdom and the United States. The World Resources Institute serves as the secretariat.

“The process was just as important as the outcome,” says Tony La Viña, Dean, Ateneo School of Government in The Philippines. “From the smallest island states to emerging economies, every perspective helped form this inclusive vision for ambitious climate action.”

The ACT2015 consortium recommends three essential elements that would serve as the foundation of an effective and long-lasting global climate agreement:

“An on-again off-again approach to tackling climate change won’t cut it,” says Prof. Dr. Sebastian Oberthür, Institute for European Studies, Vrije Universiteit Brussel. “Success in Paris hinges on setting a solid foundation that drives climate action not just for a few years at a time, but for decades.”

The study also identifies eight core functions for the climate agreement in Paris to be successful:

After Lima, the consortium will continue to gather feedback from governments and stakeholders and in early 2015 propose comprehensive legal text for the Paris agreement that can catalyze an effective, fair, and ambitious transition to a low-carbon and climate resilient future.

“This proposal details realistic pathways to a global agreement that develops opportunities which are good for people and good for economic growth,” said Gilberto Arias, Senior Consultant, Energeia. “Now is the time for the world to take action and tackle climate change with the urgency it demands, unlocking tremendous new development possibilities.”

Access “Elements and Ideas for the 2015 Paris Agreement” at: /publication/elements-and-ideas-2015-paris-agreement.