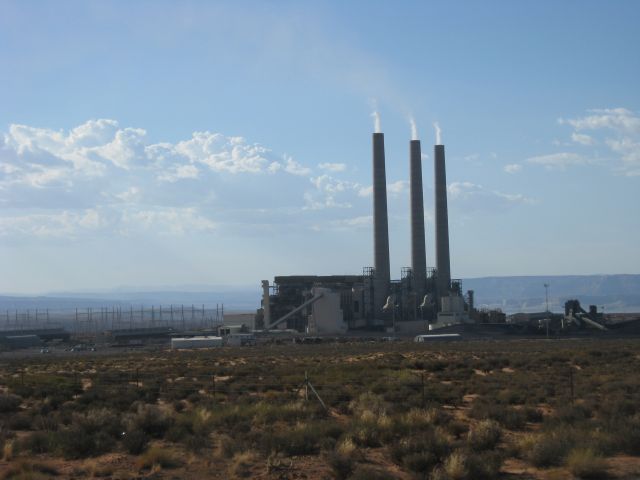 WASHINGTON—Today, the Obama Administration released the first national standards to limit carbon dioxide emissions from existing power plants. These standards are the next step in implementing the U.S. Climate Action Plan to address the growing threat of climate change. The proposal would put in place emission cuts of 30 percent by 2030 compared to 2005 levels.

WRI analysis finds that reducing power plant emissions is the biggest opportunity to cut U.S. emissions, as power plants account for 40 percent of the carbon dioxide emissions in the United States. Cutting emissions from power plants is an essential step toward reaching the U.S. commitment to lower greenhouse gases by 17% below 2005 levels by 2020.

“This is a momentous development that raises the bar for controlling carbon pollution in the United States. It’s the most important action available to cut US emissions—and the Obama administration has seized the opportunity. These new standards send a powerful message around the world that it’s time to face the global threat of climate change.

“These standards will catalyze additional investment in America’s clean energy industry. In Georgia, Minnesota and New Mexico renewable energy has emerged as the cheaper option for new electricity generation. The same holds true in Texas, which now has more wind power capacity than all but five countries. Earlier this year solar energy provided a record 18% of California’s energy demand. And studies show consumers save $2 to $5 for every one dollar invested in energy efficiency. Smart climate policy simply makes sense.

“Despite the usual grumbling from some critics, it’s abundantly clear that these rules can be implemented cost-effectively. Time and again opposition groups have made dire economic predictions about new regulations, when in fact they repeatedly drive innovation and open new economic opportunities.

“WRI analysis finds that many states are well-positioned to meet or exceed the proposed carbon reductions through existing infrastructure and policies that are already in place. Importantly, the proposed standards give states flexibility to implement plans according to their needs. States will have multiple options to reduce emissions, including market-based approaches that will expedite the shift to renewables and increase efficiency to save money.

“These proposed standards will be the cornerstone for a generation of climate action. We look forward to working with EPA to ensure the final rule achieves the full scale of cost-effective reductions that our research shows is possible.

“At the start of his first administration, President Obama warned of the mounting threats of climate change and rising seas. Today, his administration has delivered action that will move the US toward a stronger, safer future.”

Recent commentary by WRI experts on the power plant standards include:

Additionally, through the New Climate Economy, WRI is conducting research to determine which policies are available to drive economic growth and reduce emissions. That flagship analysis will be released in September 2014.