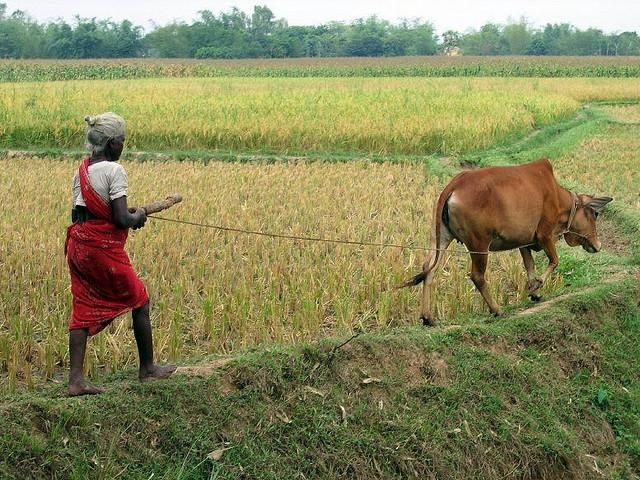 JOHANNESBURG/WASHINGTON— New research presents solutions to meet the world’s growing food needs, while advancing economic development and environmental sustainability. The analysis finds that the world will need 70 percent more food, as measured by calories, in order to feed a global population of 9.6 billion people in 2050. It is possible to close the food gap, while creating a more productive and healthy environment through improvements in the way people produce and consume food.

The findings are being unveiled in the new interim report of the World Resources Report: Creating a Sustainable Food Future, produced by the World Resources Institute (WRI), United Nations Development Programme (UNDP), United Nations Environment Programme (UNEP), and the World Bank. The report is being released at the 3rd Global Conference on Agriculture, Food and Nutrition Security and Climate Change, in Johannesburg, South Africa.

“Over the next several decades, the world faces a grand challenge—and opportunity—at the intersection of food security, development and the environment,” said Dr. Andrew Steer, President and CEO of WRI. “To meet human needs, we must close the 70 percent gap between the food we will need and the food available today. But, we must do so in a way that creates opportunities for the rural poor, limits clearing of forests, and reduces greenhouse gas emissions from agriculture.”

The report finds that boosting crop and livestock productivity on existing agricultural land is critical to saving forests and reducing greenhouse gas emissions, but that the world is unlikely to close the food gap through yield increases alone. The new report finds that crop yields would need to increase by 32 percent more over the next four decades than they did in the previous four to avoid more land clearing.

“The waste of over 1.3 billion tons of food every year, worth around USD $1 trillion, is causing the world significant economic losses, while placing added pressure on the natural resources needed to feed the planet,” said Achim Steiner, UN Under-Secretary General and UNEP Executive Director. “Undermining the ecological foundation of food systems comes at a steep environmental price, with adverse impacts on land quality, water quantity, biodiversity, and the global climate. To bring about the vision of a truly sustainable world, we need to transform the way we produce and consume our natural resources. The restoration of ecosystems will not only increase the amount of food produced but also improve the state of the environment upon which food production is dependent.”

The report includes recommendations to close the food gap by reducing excessive consumption, such as:

The report also includes recommendations to close the food gap by improving food production, such as:

“As agriculture is a major economic sector in many developing countries, supporting farmers to close the identified gap between existing and potential yields represents a huge opportunity to advance inclusive and sustainable development,” said Helen Clark, Administrator of UNDP. “A ‘leave no farmer behind’ approach is needed. As women produce between 60 and 80 percent of food crops in developing countries, such an approach should begin with efforts to close the gender gap in agriculture which is perpetuating cycles of poverty and hunger.”

The final version of the World Resources Report 2013-2014: Creating a Sustainable Food Future will be released in mid-2014 and will further quantify the contribution of each “menu item” toward closing the food gap, while paying particular attention to the policies, practices, and incentives needed to effectively bring change to scale.

Find out more about the World Resources Report at: https://www.worldresourcesreport.org