Tonawanda, New York, United States: The Closure of the Huntley Generating Station and Community-led Efforts for a Prosperous Future 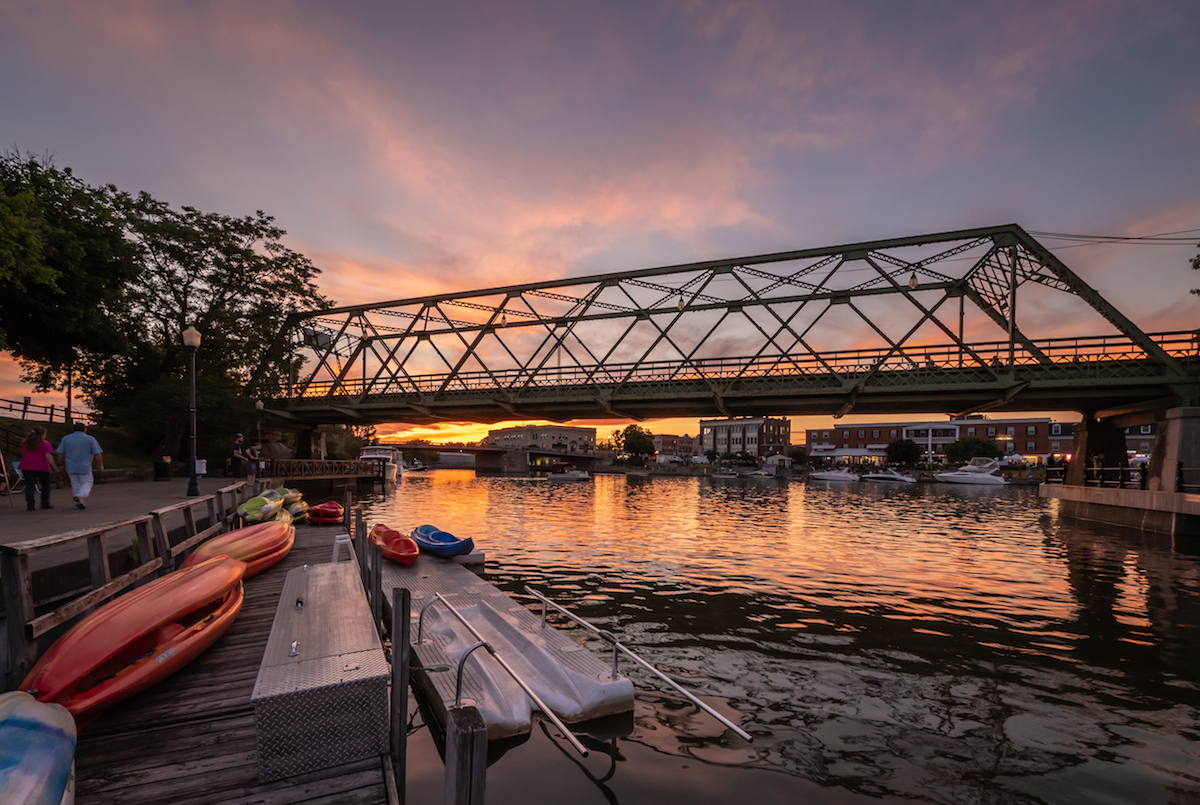 In Tonawanda, a working-class suburb of Buffalo, New York, the impending closure of the Huntley coal power plant in 2015 brought together a diverse coalition to form the Huntley Alliance and organize the town around a just transition plan for their community. The group successfully lobbied the state to set up a transition fund to replace lost local tax revenue after the plant closure. The Alliance also worked together to develop a plan for Tonawanda’s future that protected workers and saved the school system and, going forward, aims to diversify and strengthen the region’s economy.

Due to low natural gas prices, the Huntley coal plant became economically uncompetitive, and NRG began a staggered closure of units in 2005. The closure of the final two units was announced in 2015 and NRG permanently decommissioned its facility in March 2016. As production decreased, so did NRG Energy‘s tax payments to the Town of Tonawanda. Between 2008 and 2012, three public schools in the town closed, the school district budget was slashed and the coal plant’s workforce was reduced by 60%. The closure of the final two units decreased tax revenue for the Town of Tonawanda, Erie County and the Kenmore Tonawanda School District by $6.2 million, and also left idle 93 acres of Tonawanda’s prime waterfront property.

In 2013, a diverse coalition came together to form the Huntley Alliance to organize the town around a transition plan that would protect workers, save the school system, and stabilize the local economy. The alliance included representation from the Kenmore-Tonawanda Teachers Association, the Western New York Area Labor Federation, the United Steelworkers (USW), the International Brotherhood of Electrical Workers (IBEW), the Clean Air Coalition of Western New York, AFL-CIO and the Sierra Club. The Kenmore-Tonawanda Teachers Association was closely involved because the school district had depended on tax revenue from the plant. Support was also drawn from the United Steelworkers (USW), which feared that a compensatory hike in property taxes would deter potential employers from locating in the area.

The first step taken by the Alliance was to address the revenue loss, successfully lobbying the New York Legislature to create a transition fund that would backfill tax losses and protect jobs. When NRG announced the retirement of the final two units of the coal plant in August 2015, the Democratic-majority State Assembly and a Republican-controlled Senate had already supported the creation of a transition fund. When the coal plant went offline in March 2016, the Electric Generation Facility Cessation Mitigation Fund, the first of its kind in the nation, was in place to provide funds to help replace the loss in tax revenue. The plant’s 79 remaining employees were all either retired or transferred to other facilities.

The Electric Generation Facility Cessation Mitigation Program was enacted as part of the 2016–17 state budget, with New York initially setting aside $30 million to assist communities that lose property tax revenue due to an electric generating plant closure. In April 2018, another $24 million was added to the program, with the balance standing at $56 million as of October 2020. The program uses Regional Greenhouse Gas Initiative auction proceeds to provide compensation to counties, towns, cities, school districts and special districts over a seven-year payment schedule. It kicks into effect when the closure of a power generation facility leads to a 20% or greater reduction in property tax collections and/or payment-in-lieu-of-taxes (PILOTs) owned by a facility. It provides 80% reimbursement of lost tax revenues for the first year, then decreases by 10% per year for the remaining six years. The program terminates July 1, 2025, or when all funding has been expended.

The next step taken was to initiate a comprehensive stakeholder study concerning Tonawanda’s economic future. In 2016, the Town of Tonawanda collaborated with local and regional partners to secure a grant from the U.S. Economic Development Administration through its POWER Initiative. The University at Buffalo Research Institute and the Delta Institute conducted a detailed planning and visioning process to reimagine the town’s economic future, involving over 300 residents, 728 community survey responses and input from some 20 local organizations.

The resulting plan, “Tonawanda Tomorrow: Growing the Town’s Economic Future,” was released in 2017. The plan includes both near- and long-term strategies to build the town’s economy, attract new industries to strengthen the tax base and create good, well-paying jobs, with investment in clean energy particularly emphasized. The final section contains concrete action steps to fuse the gap in revenue loss long term, position the town as a regional hub for sustainable manufacturing and trade, redevelop the town’s waterfront district to attract tourists and new residents and build career pipelines for younger workers. Implementation is an ongoing process.

While the Huntley plant closure created an opportunity for Tonawanda to re-envision its future, it will be a long-term process to deliver an economic development strategy that revitalizes and diversifies the economy, redevelops the waterfront corridor and provides quality jobs.