Hungary: Converting the Mátra Power Plant into a Diversified Hub of Green Energy and Industry 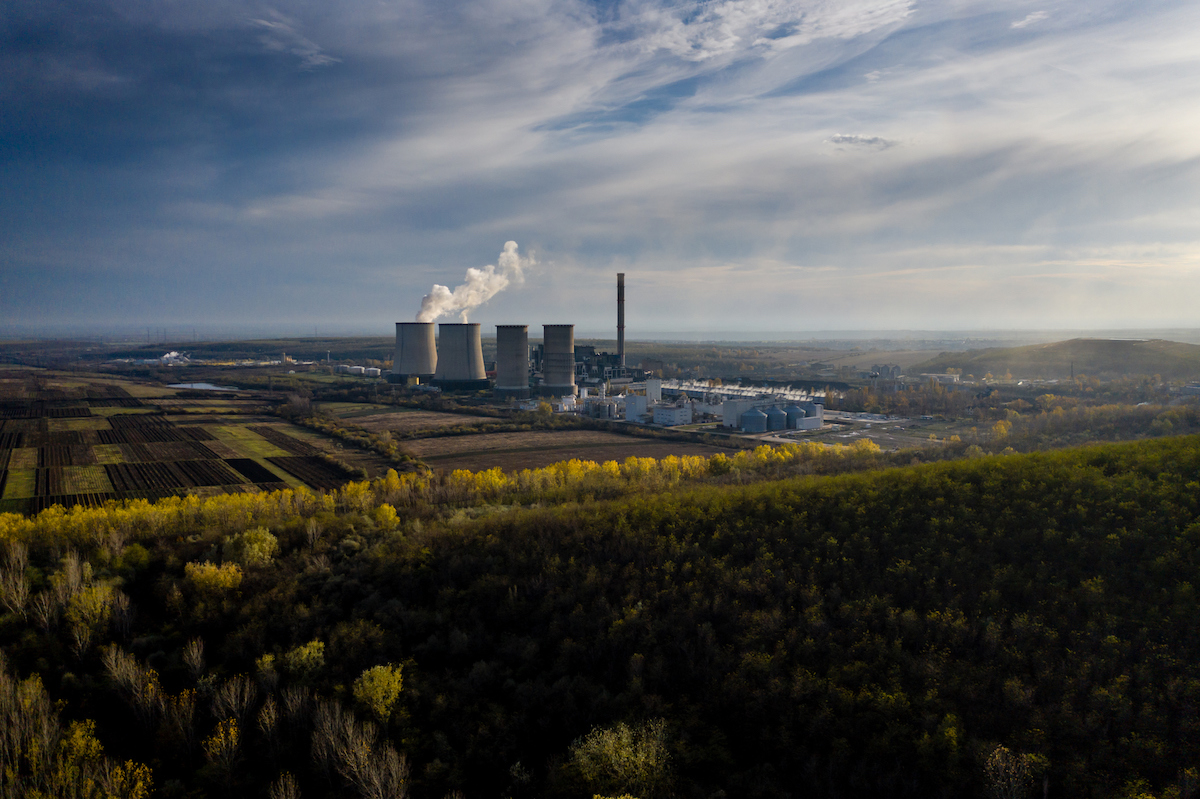 The transformation of the Mátra Power Plant shows how by gradually incorporating renewable energy sources as well as industry, a coal phase-out can maintain jobs in a coal-dependent region and even create new economic opportunities. The plant, which accounts for nearly one-fifth of Hungary’s electricity generation capacity, started co-firing biomass in 2004 and installing solar PV. It now contains more than 40 MW of solar PV, with plans to add more, as well as 20 hectares (49 acres) of “energy forests” that grow biomass on former mine sites. In 2007, Mátra added an on-site industrial park that now houses more than 20 businesses, many of which operate synergistically. While lignite still dominates the energy mix, Mátra has laid the groundwork to phase out coal by 2029, when the permits for its lignite units are likely to expire, while continuing to support thousands of jobs.

Hungary’s latest National Energy and Climate Plan, passed in January 2020, aims to reduce greenhouse gas emissions by 40% by 2030 from 1990 levels (aligned with the targets in the EU’s Nationally Determined Contribution (NDC) at the time), and to achieve 21% renewable energy by 2030. The Mátra power plant, completed in 1968, is Hungary’s second largest power plant, accounting for 17%-20% of national generation capacity. In 2016, the plant produced nearly 14% of the country’s carbon dioxide emissions and half of Hungary’s energy-sector pollution. The Mátra plantʼs lignite units have permits to operate until the end of 2025, though they may be extended to 2029. The fate of the plant and its 2,100 jobs (as of 2019) has particular economic significance because the region in northern Hungary where it is situated already has a lower GDP per capita than the national average, and a higher unemployment rate. The government has emphasized the importance of maintaining economic growth and employment during the country’s energy transition.

In 2004, the Mátra power plant initiated an innovative strategy to gradually phase out the coal power plant and lignite mines, while maintaining or even expanding the site’s current levels of energy production, economic activity and employment, which was estimated to be 2,100 jobs in 2019. Along with biomass co-firing, the plan involved redeveloping the site to add solar PV, plant an energy forest to produce biomass and create a green industrial park, which was established in 2007. These facilities could employ the miners and power plant workers who were not eligible for early retirement, preventing both direct and indirect job losses in the region.

Activities are well underway to diversify the energy sources and incorporate a higher share of renewables. The first 16 MW solar PV power plant, commissioned in 2015, was the biggest in Hungary at the time. The project was financed by the Mátra power plant, with 50% of the investment covered by tax allowances. Another 20 MW of solar PV was added in 2018, with a further 20 MW planned for the near future, for a total of 60 MW, with a potential expansion to 200 MW and the addition of a solar panel factory under discussion.

A key strategy of the industrial park was leveraging existing assets and harnessing synergies between industries, thereby lowering the costs of the transition and maximizing economic output. The biomass used by the power plant is mainly agricultural and forestry waste, or a byproduct of on-site industrial activities. The solar PV installations and the 20-hectare (49-acre) pilot energy forest used decommissioned mine sites, which entailed lower conversion costs than if the sites had been converted for tourism or agriculture. Firms benefit from access to the power plant’s energy supply and surplus heat, as well as from one another’s supply chains. For example, Zoldodaj BB ZRt produces biodiesel with a byproduct of rapeseed oil residue, which is in turn burned as biomass in the power plant. As of June 2018, the Mátra industrial park was home to a diverse mix of 23 firms on 300 hectares (741 acres), employing 1,674 people and generating a total revenue of HUF 23 billion ($83 million).

The gradual conversion of the Mátra power plant has preserved jobs in an economically struggling region while laying the foundation for a shift towards more sustainable industries. The power plant and industrial park combined are estimated to support between 6,800 jobs (2,100 direct and 4,700 indirect) and 10,000 jobs. While the coal workforce is aging and is likely to mainly benefit from retirement plans, the industrial park has created a broader range of employment opportunities for local residents. For example, estimates indicated a 15-30 MW solar PV plant could support between 135 and 270 new jobs.

However, given that the reorientation is still underway, it is not yet clear whether Mátra will be able to fully shift to sustainable activities – and if so, what the timeframe and long-term job impacts would be. As of 2014, coal was still by far the largest energy source for the Mátra power plant (see Figure 1). Recent years have also revealed economic and social challenges. The Mátra power plant had net losses in 2017 and 2018, partly as a result of rising CO2 prices in the EU, leading Opus Global, which had bought the plant in 2017, to plan a shutdown. An agro-industrial facility near the plant was also linked to toxic gas leaks and water pollution. The Hungarian government stepped in, announcing that the state-owned energy group MVM would purchase the plant to maintain employment and power generation capacities. The plan is to completely phase out lignite by 2029, at a cost of HUF 200-300 billion ($143-214.6 billion), much of it to be covered by EU subsidies and the EU Modernization Fund.

Looking ahead, options are being explored to scale up Mátra’s sustainable energy generation and green industrial activities. In 2018, rising prices in the EU’s emissions trading system injected energy into the Hungarian government’s talks with the owners of Mátra power plant about phasing out coal use and scaling up renewable energy. As of 2019, concepts under consideration included expanding the solar PV plants to 200 MW, an RDF (Refuse Derived Fuel) fired combined heat and power unit, a 450 MW gas-fired combined cycle power plant unit, a 100 MW biomass unit, 600 MW of pumped energy storage, 50 MW of battery storage (connected to the PV plant) and a solar panel factory. Hungary is slated to receive 543 million euros ($602.6 million) from the EU Just Transition Fund.