Germany: The Ruhr Region’s Pivot from Coal Mining to a Hub of Green Industry and Expertise 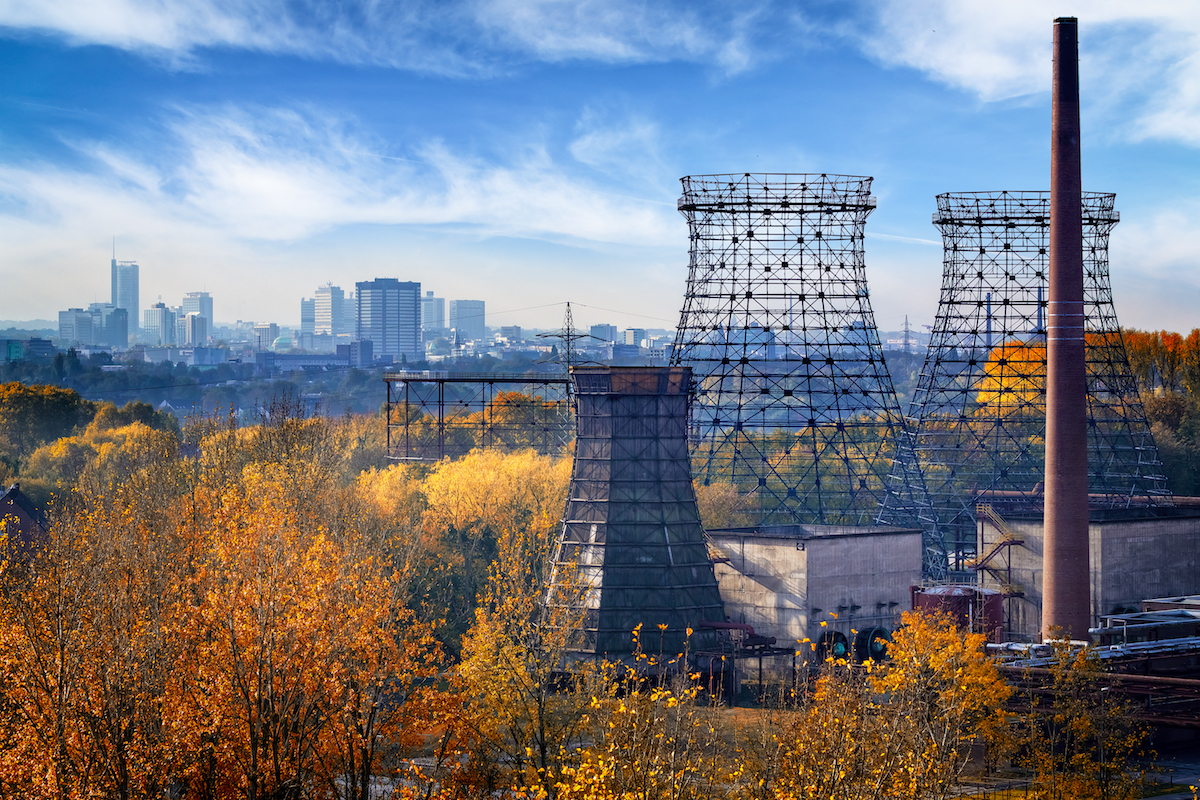 In the 1950s, the Ruhr region in western Germany had a bustling economy driven by coal mining and heavy industries. Over the following decades, however, production employment dropped sharply, but extensive efforts to revitalize the region have helped it gradually reshape its economy. For a long time, there was strong opposition to the coal phase-out, leading to lock-in and increased costs, but support has grown since the 1990s thanks to the government’s more decentralized, inclusive engagement strategy and partnership with trade unions, which eased the transition for workers and reduced economic hardship. The Ruhr’s last mine closed in 2018.

The Ruhr region in western Germany is one of Europe’s most densely populated regions and largest industrial centers. In the 19th century, it developed an economy centered on coal mining, coal power generation and coal-reliant heavy industries, most notably steel. In the late 1950s, the Ruhr’s hard coal production began a rapid decline due to international competition. In 1955, at the peak of the industry, there were nearly 480,000 workers, by 1980, there were roughly 143,000, and the last two closed in 2018, only 3,371 remained. (See Table 1)

Mining job losses in earlier decades had been offset by robust employment in the iron and steel industries and other manufacturing, but from 1960 to 2001, the number of steel jobs fell by 80%. Economic restructuring was crucial to the region’s survival. Indeed, while 839,000 production jobs were lost in that period, 801,000 service jobs were gained, and those trends continued into the 21st century.

The Ruhr Development Program was adopted in 1968 to support infrastructure development. The Future Initiative for Coal and Steel Regions, launched in 1987, took a technology-led approach to increasing the competitiveness of the coal and steel industries, and supported the expansion of road networks, public transport and higher education institutions.

Though Germany has a strong history of organized labor and social dialogue, those first phases of the Ruhr region’s transition from coal were characterized by top-down structural policies and limited consultation with local actors. During that period, despite the government’s support for economic diversification, the Ruhr’s large industries were reluctant to recognize the decline of coal mining and kept investing in the industry. Similarly, trade unions were asking the government to maintain coal subsidies. This resistance delayed the transition and led to lock-in that hampered the growth of new industries. In this period, most former miners found new work nearby in the metal industry. Others were offered early retirement and retraining by specialized agencies.

In the late 1980s and 1990s, a more bottom-up approach (referred to as regionalized structural policy) empowered local actors to implement projects designed in cooperation with national and state authorities. For example, the IBA Emscher Park, along the Emscher River, included local initiatives within a larger framework of programs, and combined public and private sources.

For the most part, trade unions accepted the coal phase-out. Though initially driven by market forces, it also dovetailed with EU and German goals to reduce carbon emissions. This led the federal government to accelerate the phase-out by announcing in 2007 that subsidies for hard coal production would end in 2018, which would force the closure of the Ruhr’s remaining mines. In 2007, there were approximately 24,000 coal workers in the Ruhr, representing three-quarters of Germany’s mining workforce.

In 2007, after the announcement of the end of coal subsidies, a tripartite agreement was signed between coal companies, the representative trade unions and the federal and state governments to manage the last phase of the coal phase-out. This agreement aimed to achieve a just transition through a slow, gradual phase-out of subsidized coal, socially acceptable staff reduction and a comprehensive package for affected miners. This set of measures included:

Some of the most successful conversions include the Zollverein, a former coal mining complex in Essen that has become a UNESCO World Heritage Site with diverse cultural offerings, and the International Building Exhibition (IBA) Emscher Park, which led to the creation of 5,000 jobs as well as 7,500 new homes. Universities and higher education institutions played a significant role in this transition. By 2014, Ruhr had 22 universities with more than 250,000 students. This helped boost the profile of the region as a knowledge-based economy, attract employers, stem out-migration and develop a skilled workforce.

Together, these initiatives and institutions transformed the Ruhr from a coal-driven industrial region to a knowledge- and tourism-based economy. Unemployment rates stayed relatively low over the following decades, avoiding economic decline and mass out-migration, and by the mid-2000s 100,000 workers were employed in research and development of environmental technologies. The Ruhr’s average annual economic growth between 1957 and 2000 was a modest but positive 1.3%.

However, these efforts were unable to achieve full equity among companies and districts. Government support has long focused on large mining companies and overlooked their refusal to free up land for other industries, which has prevented areas from being converted to other uses. Longer-serving workers benefitted more than those with shorter tenure or less consistent employment. Some job losses in the coal and steel sectors were balanced by an increase in service sector jobs, but these tended to pay lower wages. The northern Ruhr area is relatively underserved and experiences above-average unemployment rates, lower levels of income and education and high rates of child poverty. As of 2019, this division in the Ruhr region is growing, and poorer districts would benefit from more targeted action.