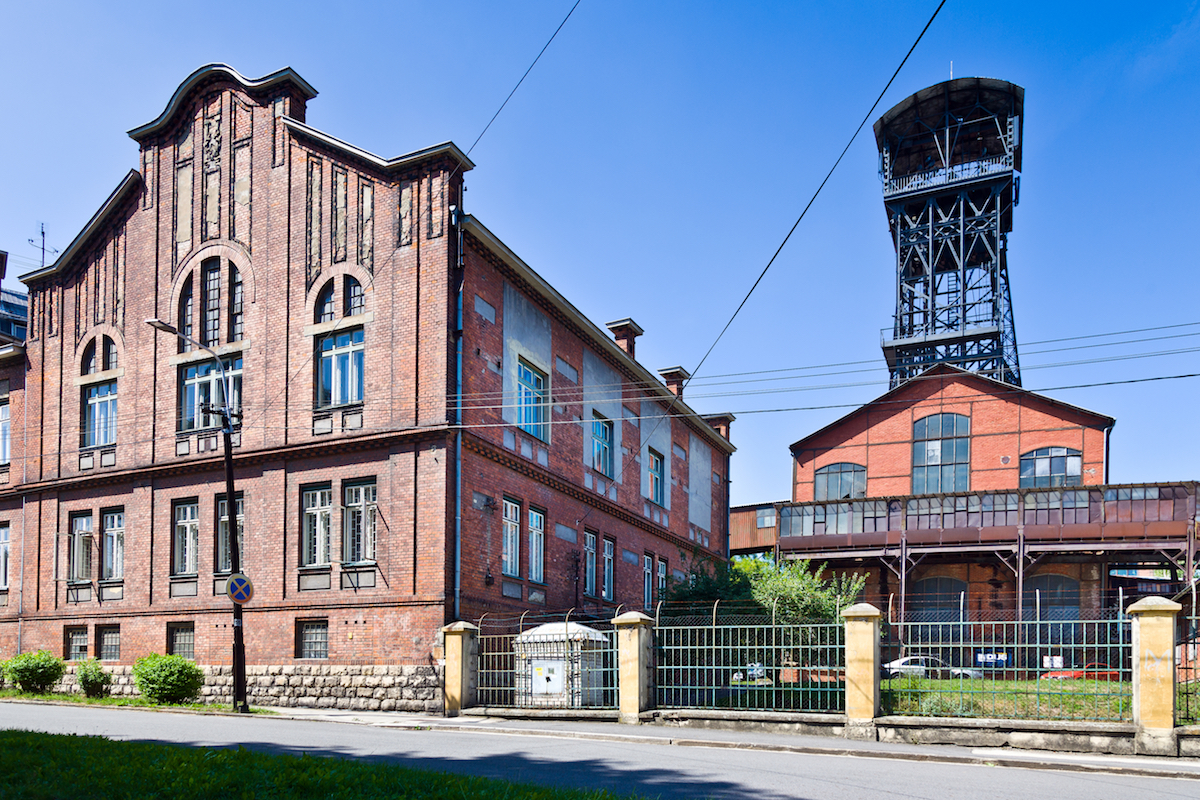 The RE:START strategy, supporting the Czech Republic’s three coal-dependent regions, provides a platform for multi-sectoral and multi-level planning to build stronger regional economies in a post-coal future. The RE:START Strategic Framework, created in 2017, is operationalized through annually-updated Action Plans, with the fourth Action Plan slated for approval in early 2021. As of 2020, RE:START had allocated about CZK 68 billion ($3.15 billion) among the three regions from 2017 until 2030, including CZK 1 billion ($46 million) for air quality projects and CZK 1.8 billion ($83.4 million) for sustainable public transports projects. However, there is room for improvement on public consultation and timely delivery of new projects.

The phase out of the Czech Republic’s coal mining sector is driven primarily by economic concerns, rather than climate concerns. The domestic coal mining industry meets the majority of national energy needs (51% in 2014), but is in decline due to falling coal prices, a steady decrease in production and restrictions on mining expansion within environmental territorial limits. An estimated 20,000 to 30,000 jobs in coal mining and coal-fired power plants may be affected. In coal mining regions, levels of GDP and disposable income are already below the national average. Unemployment rates are also higher, and these regions suffer from a lack of opportunity for higher education and R&D, and social exclusion.

The impetus for the RE:START program (later re-designated a strategy) came from the Czech Republic’s three coal regions, Moravia-Silesia, Usti and Karlovy Vary, which in 2014 requested government support to help strengthen their economies in the face of declining coal production. The Czech government created the Office of the Government Commissioner to plan for the long-term development of the regions. Analysis and planning in 2015-16 led to the creation of a Strategic Framework for Economic and Social Restructuring, RE:START, which provides a framework for coordination among national ministries, local authorities and investment partners. Given the regions’ aging populations, RE:START not only focuses on supporting miners in the short term, but also on creating local education and job opportunities for long-term unemployed people and youth.

The RE:START Framework is implemented through annually updated action plans, which are developed and evaluated by an executive team and participating regions. Regions participate via a body of Regional Permanent Conferences, which include representatives from the region, thematic working groups, the Union of Towns and Municipalities, educational institutions, businesses, trade unions and other organizations such as the Association of NGOs. The action plans are then refined by ministries, discussed at an annual Conference for Restructuring and approved by the national government. Overall, this process brings together municipalities, regional offices, the Office of Labour, the Agency for Social Inclusion, the private sector and NGOs, according to Tomáš Burdych, Department of RE:START Strategy, Ministry of Regional Development of the Czech Republic, in December 2020 correspondence. The first Strategic Framework was approved in 2017 and covered three years, and the first Action Plan was approved soon after in July 2017. 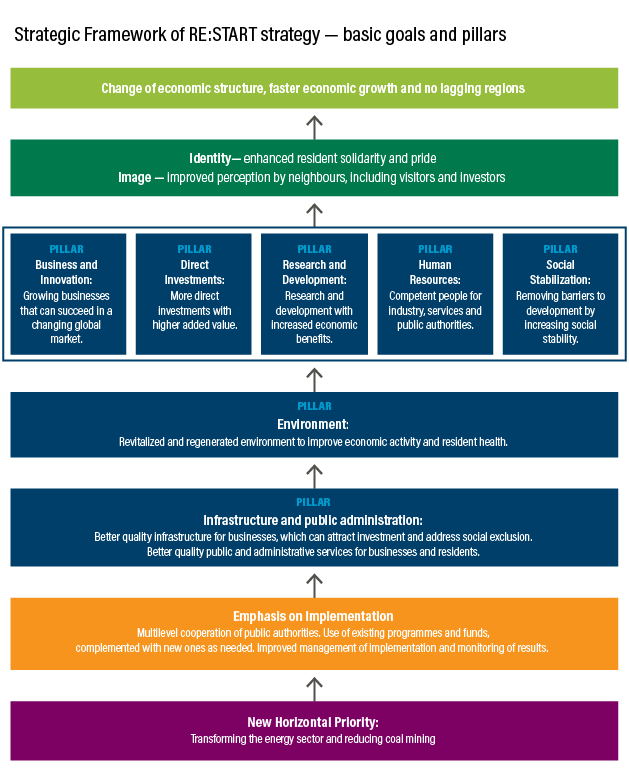 In early 2019, responsibility for coordinating the RE:START strategy moved from the Office of the Government Commissioner to the National Executive Team (RE:START department) under the Ministry of Regional Development, with the goal of more effective project implementation. Structures for regional participation were also enhanced. As of late 2020, the updated RE:START Strategic Framework and fourth Action Plan were being reviewed by the Czech government, with approval expected in early 2021, according to Tomáš Burdych, Department of RE:START Strategy, Ministry of Regional Development of the Czech Republic, in December 2020 correspondence.

Also according to Tomáš Burdych, the first three Action Plans included a total of 94 measures, with a focus on fostering businesses, R&D, university education and employment, housing, reclamation of coal mine areas (hydric reclamation) and road infrastructure. Projects include the testing of autonomous vehicles in the city of Usti nad Labem, as well as calls for projects for universities. Those three plans allocated about CZK 68 billion ($3.15 billion) among the three regions over the period from 2017 to 2030, with funding from the national budget, ministry budgets, privatization (which generated funds through the sale of public property to the private sector) and CZK8 billion (over $370 million) from European structural and investment funds. As of late 2020, RE:START had funded CZK 1 billion ($46 million) for air quality projects and CZK 1.8 billion ($83.4 million) for sustainable public transports projects, as well as financing for lower-income households to replace their coal boilers with cleaner alternatives. The fourth Action Plan includes 12 new measures (some related to COVID-19 recovery) and five measures modified from previous plans.

Public engagement in RE:START includes online and in-person outreach. Members of the public can submit ideas through an online questionnaire, although just 250 questionnaires were completed in 2018. In addition, public meetings and workshops have been organized by regions. For example, in 2018 in the Ustecky region, public events were held engaging 400 students, 500 seniors, unions and municipal representatives, totaling thousands of participants. The initiative has enjoyed support from unions including OS PHGN and ČMKOS, thanks in part to its participatory nature and systematic, holistic approach.