The government of Nova Scotia announced an ambitious plan earlier this month to protect 245,000 hectares of forest and park land, establishing the Canadian province as a conservation leader in one of the world’s most heavily forested nations. Roughly 14 percent of all land in Nova Scotia will now be legally protected from development, making it the province with the second-highest percentage of land devoted to protected areas in Canada, after British Columbia.

This news is significant for conservationists and for the vast number of Canadians who depend on these forests for clean air, water, and a bounty of other resources. It also illustrates a powerful truth: precise, science-based maps are an essential component of good forest management and planning.

Canada accounts for about one-tenth of total global forest cover, including one-third of the world’s boreal forest and one-quarter of the world’s temperate forests. These forests are vulnerable to a host of threats, including fragmentation by development and the subsequent loss of biodiversity.

The new plan will not only protect a significant amount of forests, it will preserve extremely valuable ecosystems. More than half of the new protected lands are comprised of intact forest landscapes (IFL), uninterrupted expanses of natural ecosystems within forest biomes that show no signs of significant human disturbance. Intact forests possess an ecological integrity that make them a reservoir for biodiversity and ecosystem services in regions where most forests are fragmented, degraded, or cleared. By virtue of these qualities, the conservation value of protecting IFL is high—especially considering that they are endangered. Only about 23 percent of the world’s remaining forests are IFL.

The scientific roots of the new forest plan date back to the early 2000s, when WRI and the Global Forest Watch network developed an algorithm to map intact forest landscapes using satellite imagery. In 2009, Global Forest Watch Canada, an independent partner organization of Global Forest Watch, updated and expanded the maps to include Nova Scotia’s Intact Forest Landscapes. GFW Canada found that 1.2 million hectares of Large Intact Forest remain in Nova Scotia, roughly 21.5 percent of the total provincial landmass. Much of this forested land is comprised of critically endangered New England-Acadian forest. This type of forest historically stretched across the eastern seaboard of North America, but now only 5 percent remains in truly pristine condition.

These maps proved to be a powerful tool for civil society groups, who were already advocating for expanded protection for Nova Scotia’s forest areas. Leading among these was the Canadian Parks and Wilderness Society (CPAWS), which in 2007 successfully urged the Nova Scotia government to set a goal of protecting 12 percent of province land by 2015. CPAWS was subsequently invited by the government to join a small team of experts who would help achieve the goal by mapping out a proposed system of protected areas.

CPAWS and the team of experts were then able to use Global Forest Watch Canada’s maps to easily determine where large tracts of IFL existed—areas representing the highest conservation value. Map 1 and Map 2 below give an example of how GFW Canada identified gaps where Intact Forest Landscapes were not covered by existing protected areas, and where the proposed protected areas could be expanded even further. Using these maps, CPAWS and other experts submitted their recommendations to the provincial government. In 2012, the plans became the basis of the government’s proposal for protecting new land.

On August 1, 2013, the government of Nova Scotia ratified their official plan to expand protected areas in the region by 245,000 hectares, an area the size of the state of Rhode Island. The final plan was founded firmly in the original recommendations from CPAWS and GFW Canada, and finally gave the official mandate to the longstanding efforts to protect Nova Scotia’s valuable intact forests. 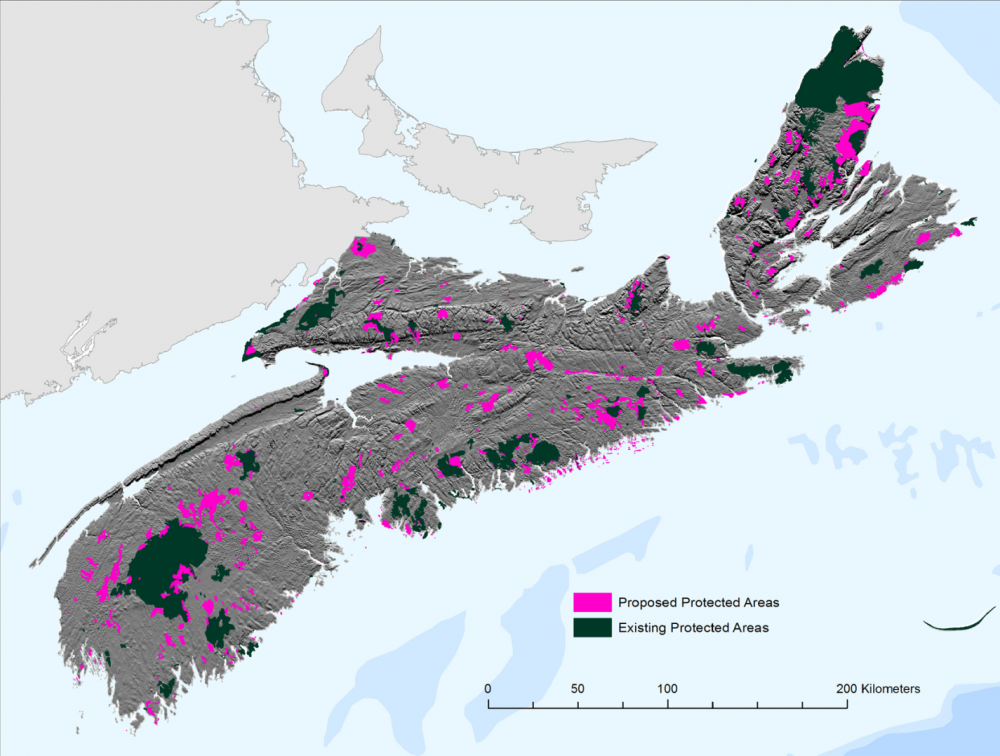 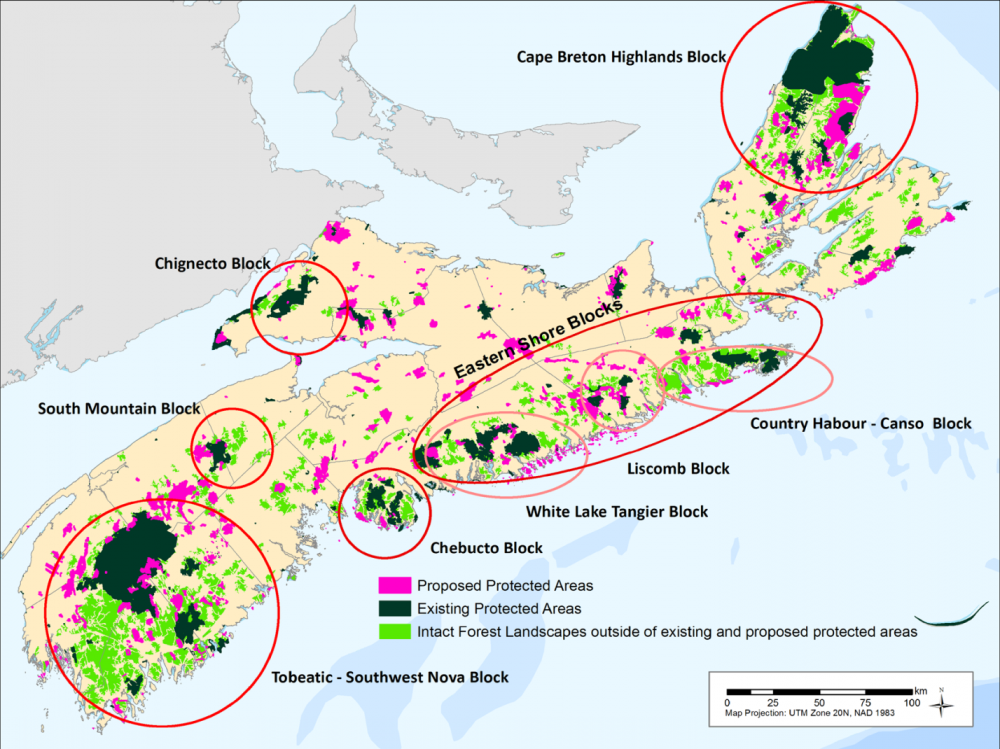 The Future of Forest Mapping and Monitoring

Without up-to-date data and maps, the Nova Scotia government would not have been able to determine where IFL forest existed or take action to protect these regions. Accurate and science-based mapping instead allowed the government to plan forest protections by knowing exactly where its highest-conservation value forest was located.

Canada's Forests at a Crossroads