Kenya announced on September 8th that it will restore 5.1 million hectares (12.6 million acres) of degraded land, an area roughly the size of Denmark, to more productive use. The move is poised to improve livelihoods, curb climate change, safeguard biodiversity and more.

Sizing the Problem—and the Opportunity 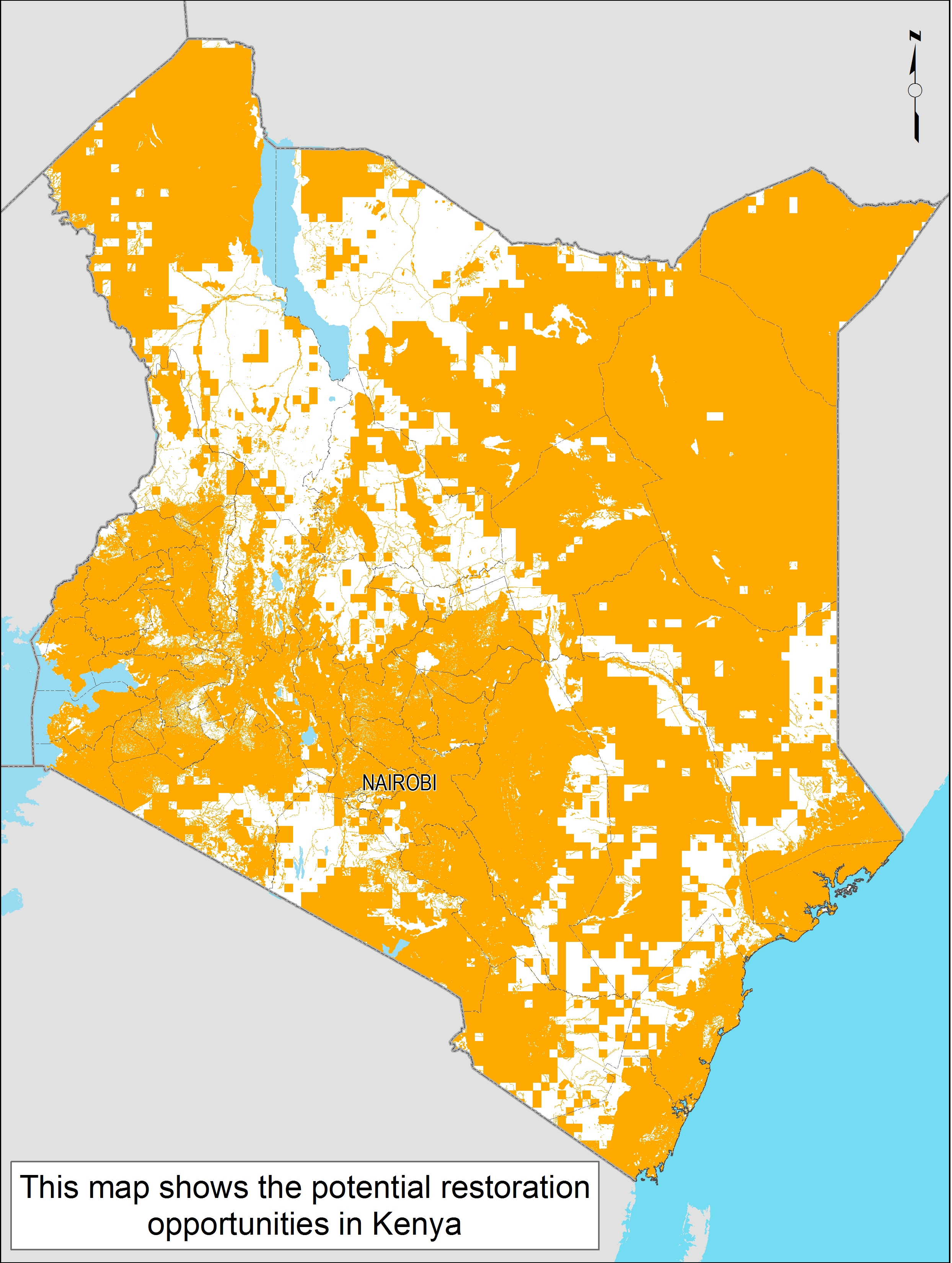 As a result of poor land use, including overcultivation and overgrazing, Kenya has been quickly losing land to desertification. The drylands that make up much of the country are particularly susceptible.

Kenya’s restoration plan is not only notable because it will reverse some of this degradation, but because of how the country set its international target.

The development of this map goes beyond spurring the commitment—it will help government, civil society and business leaders ascertain how they will achieve it. Local leaders can use the map to identify restoration activities, which could involve everything from planting trees alongside crops to reforesting clear-cut forests to adding vegetation along roads.

An Opportunity for Environmental and Economic Security

The benefits of these actions go way beyond land—restoration can bolster several sectors of the environment and economy all at once. Estimates show carbon sequestered by restored trees will lower the country’s CO2 emissions by 3.7 percent (14.5 percent of Kenya’s greenhouse gas emissions came from forestry and land-use change in 2011). These reductions will in turn contribute towards other international environmental agreements, such as Kenya’s nationally determined contribution (NDC) to reduce its emissions 30 percent below business as usual by 2030.

About three-quarters of Kenyans are farmers, and many citizens rely on land and resources for their livelihoods. Continent-wide, 3 percent of agricultural productivity is lost due to soil and nutrient loss. Restoration can boost the quality of soil, reduce drought and erosion, and increase crop yields. Restoring degraded lands to productivity can also improve air and water quality for residents.

In particular, land restoration will benefit Kenya’s least-advantaged, including members of nomadic tribes that make their living by grazing livestock and growing food crops in the rangelands. These arid and semi-arid landscapes constitute 80 percent of the country, and are widely degraded. Hitting the 5.1 million hectare target means wide areas of rangeland will have to be restored.

Kenya’s commitment is just the latest addition to growing global and regional restoration movements. The Bonn Challenge reached in 2011 aims to restore 150 million hectares (371 million acres) of degraded land by 2020; 350 million (865 million acres) by 2030. So far, 38 countries, now including Kenya, have made commitments to restore degraded lands.