While much of the time spent in negotiations at COP21 was meant to help deliver a plan for the future, countries around the world are already committing to actions they’ll take now. Three Brazilian states in particular made major announcements regarding the future of their forests.

In an event organized at the Global Landscapes Forum, local leaders from Brazil’s Espírito Santo, São Paulo and Mato Grosso states announced they would restore 3.28 million hectares (8.1 million acres) of degraded land as part of Initiative 20x20, a campaign to restore 20 million hectares of land by 2020 in Latin America and the Caribbean. These new Brazilian commitments already fulfill a quarter of the restoration goal set forth in Brazil’s national climate plan (INDC) to restore and reforest 12 million hectares (29.7 million acres) by 2030. 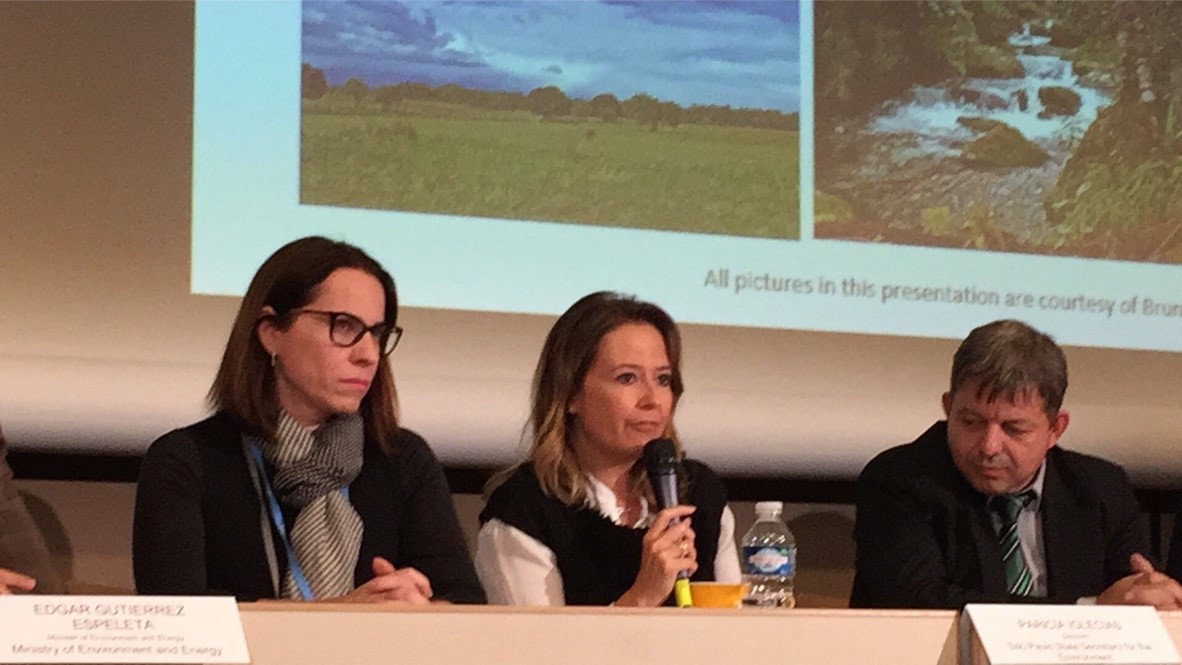 Brazil’s development model has taken a significant toll on its forests and landscapes. During the last decades, Brazil has been the global leader on deforestation. This process also resulted in more than 40 million hectares (99 million acres) of degraded lands. Restoration is key to for restoring life to those areas—creating wildlife corridors, increasing water security, absorbing carbon form the atmosphere and creating a new climate economy.

The new commitments from the three Brazilian states could go a long way in restoring and reforesting the country’s landscapes: 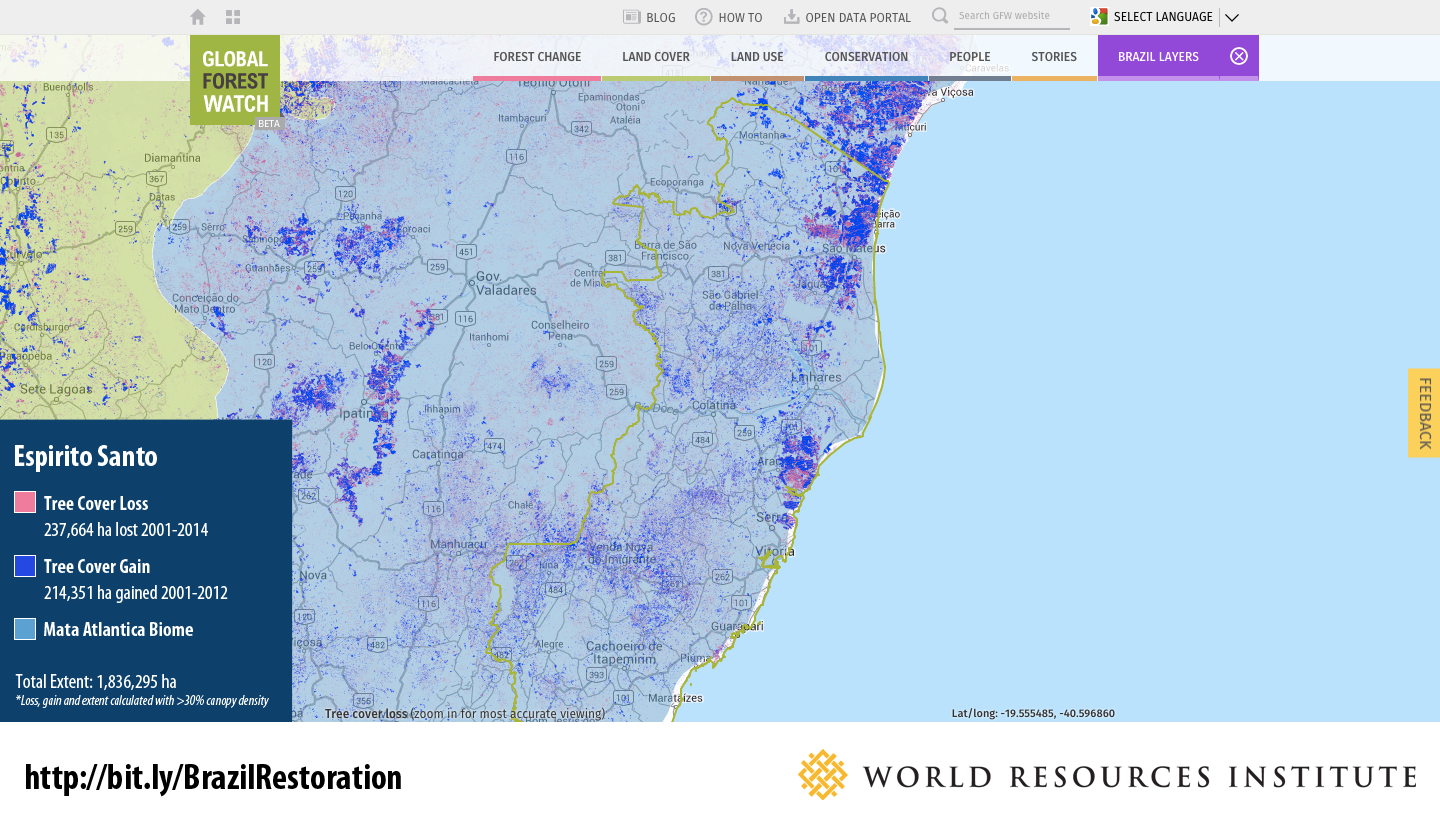 Espirito Santo, which covers 4.4 million hectares, is covered by Mata Atlantica biomes. The area gained 214,351 hectares of forest cover in the last decade, but lost 237,664 hectares, according to the GFW platform. The total forest extent is 1.83 million hectares. Click image to enlarge 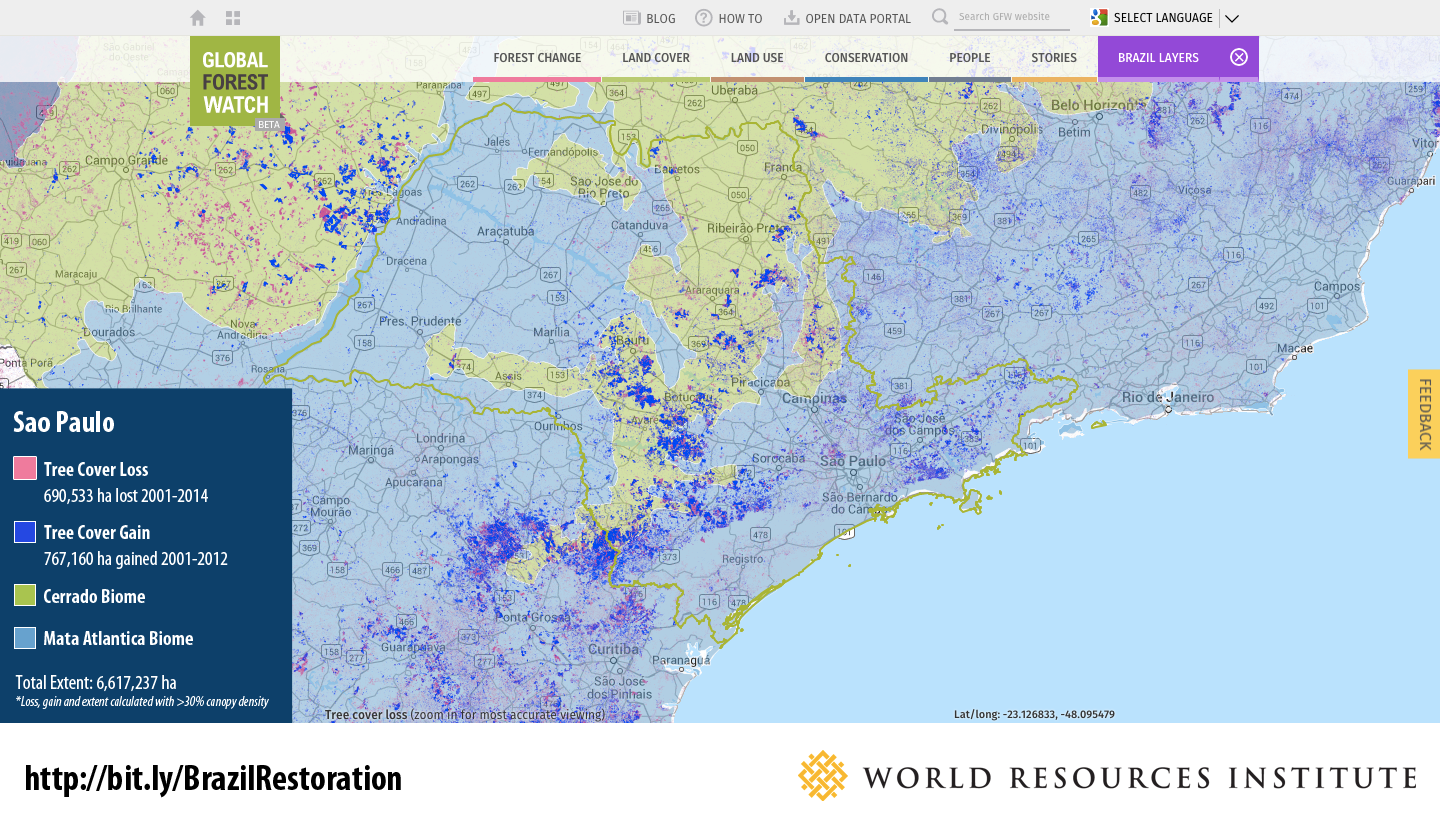 São Paulo, which covers 24.9 million hectares, is covered by two biomes, Cerrado and Mata Atlântica. The state gained 767,237 hectares of forest cover over the last decade, but lost 690,533 hectares, according to GFW. The state’s total forest extent is 6.6 million hectares. Click image to enlarge 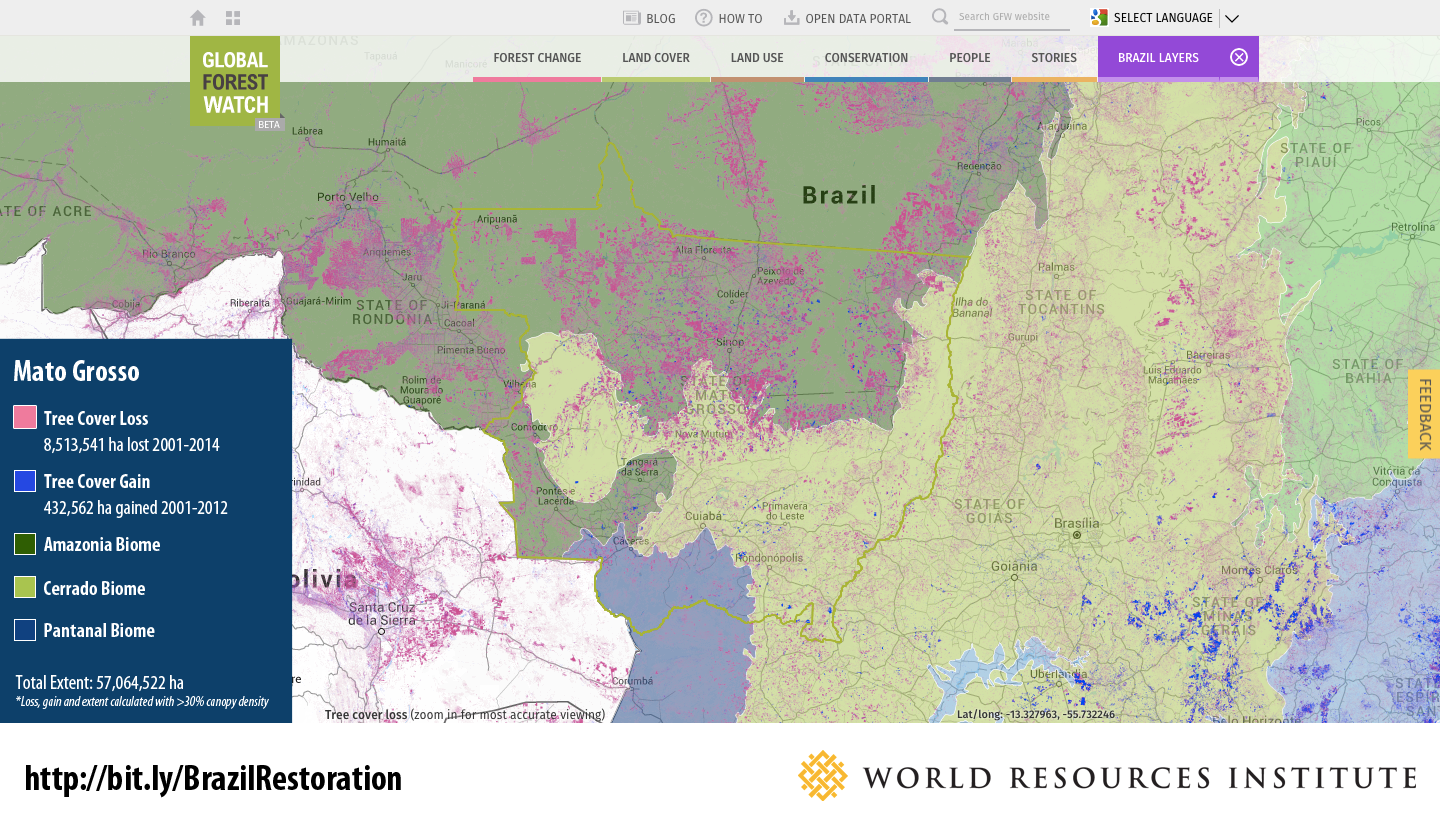 More and more decision-makers and civilians are understanding the environmental and economic gains associated with restoration. The new commitments from Espírito Santo, São Paulo and Mato Grosso demonstrate the kind of political will necessary to drive a large-scale movement of forest restoration in Brazil.

What is perhaps most striking about these commitments is that they’re more than just words on paper.  Inherently built into these state commitments is a process to expedite the CAR and build Environmental Adjustment Programs (PRA) to offer better conditions for farmers to comply with conservation laws. Ecological landscape analysis will also be necessary to estimate where it is most likely for natural regeneration to occur and, consequently, where it will be cheaper to restore. In addition, restoration models must be adjusted to provide economic returns, making the practice more attractive to landowners and potential investors.

These commitments won’t be easy to implement, especially considering the current economic and political situation in Brazil. But the important point is that it can be done and has been done, to great success. Brazil can draw inspiration from successful examples of restoration across the world, such as projects in countries like South Korea, the United States and Costa Rica. These countries and others demonstrate that with ambitious, large-scale forest restoration programs, it is possible to solve environmental problems, while also boosting the economy and improving livelihoods.

The Economic Case for Landscape Restoration in Latin America