Later today, the U.S. Environmental Protection Agency (EPA) will finalize its Clean Power Plan which, for the first time ever, limits carbon dioxide emissions from the nation’s power plants. Addressing the single largest source of U.S. greenhouse gas (GHG) emissions is one of the most important near-term tools the United States can use to help reach its goal of reducing emissions 26-28 percent below 2005 levels by 2025. Together with all the other actions the administration has taken so far (illustrated in the infographic), the United States is showing the world it is serious about combatting climate change. In the past six months alone:

When you consider the measures the administration has already taken -- like establishing GHG and fuel economy standards for passenger cars and trucks and proposing methane standards for new landfills -- and is planning to take later this year -- including proposed standards for new and modified natural gas infrastructure – it is clear that the United States is taking a comprehensive approach to reducing its GHG emissions. 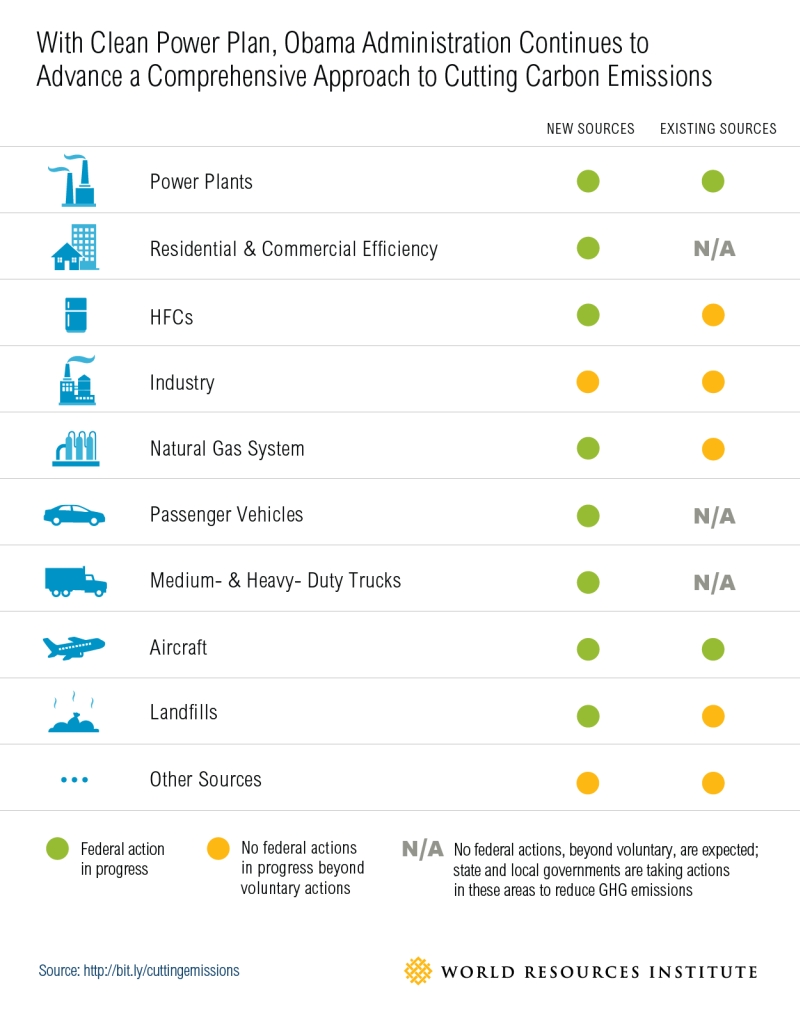 More Work to Do at Federal, State and Local Levels

Many states and local governments have long been leaders in addressing their GHG emissions, and many find economic benefits by doing so. Thirty-three states have renewable portfolio standards and 24 states have energy efficiency targets. Additionally, growth in personal travel demand has slowed significantly in recent years, helping to reduce emissions from passenger vehicles. But state and local governments can do more, such as enforcing building codes and adopting other efficiency measures, continuing to implement smart growth programs, and building out more renewable energy.

We also know more can be, and should be, done by the federal government. Even as President Barack Obama’s White House tenure moves to a close, the administration still has an opportunity to find cost effective opportunities for additional emission reductions, for example through emission standards for existing natural gas infrastructure and standards and voluntary programs for industry." And as we showed back in May, action in these areas will be necessary for the United States to meet or exceed its 2025 reduction target. Over the next couple of days we will be analyzing how the final Clean Power Plan can help meet the U.S. climate target and what that means for taking actions in many of these other sectors.