Activism for Land Rights: An Intimate Conversation with a 2019 Goldman Environmental Prize Winner

Environmental activists across the world are fighting to protect local resources despite increasing exposure to threat. They stand up to powerful corporate and political interests, refusing to be silenced.

Under threat of violence, environmental lawyer Alfred Brownell stopped the clear-cutting of Liberia’s tropical forests by palm oil plantation developers. His campaign protected 513,500 acres of primary forest that constitute one of the world’s most important biodiversity hotspots. For his safety, he is living in temporary exile in the United States.

Goldman Prize Winner Alfred Brownell Stopped Palm Oil Companies from Destroying Liberian Forests. Palm oil companies forcibly took communities' land in Liberia. When locals went to Alfred Brownell for help, his organization sprang into action and stopped the companies from cutting over 500,000 acres of forest. Amidst the fallout, Brownell received threats to his life and had to escape the country — but he's not done fighting.

About the Goldman Prize

The Goldman Environmental Prize honors grassroots environmental heroes around the world. The Prize recognizes individuals for efforts to protect and enhance the natural environment, often at great personal risk. The Prize honors grassroots leaders who are involved in local efforts, where positive change is created through community or citizen participation in the issues that affect them. Through recognizing these individual leaders, the Prize seeks to inspire other ordinary people to take extraordinary actions to protect the natural world. The Prize recipients focus on protecting endangered ecosystems and species, combating destructive development projects, promoting sustainability, influencing environmental policies, and striving for environmental justice. 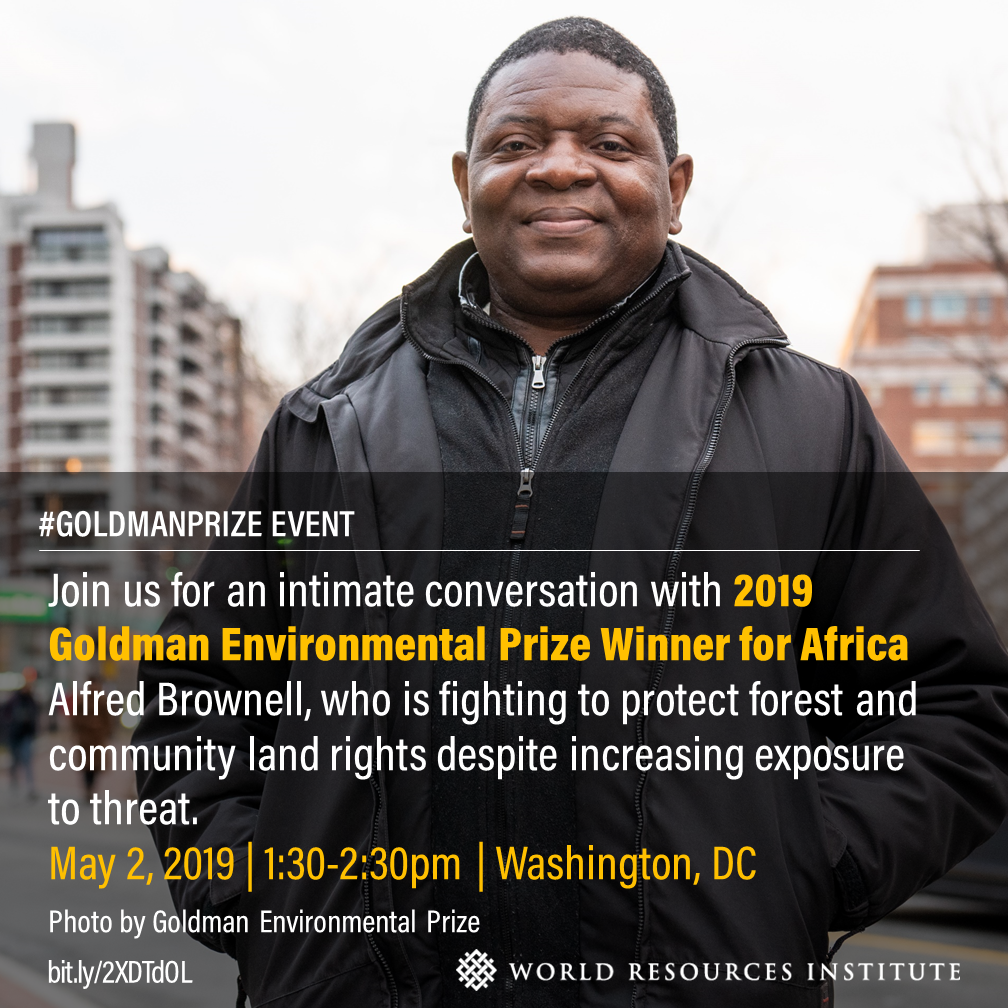