Alfred Brownell almost lost his life defending the rights of forest communities in his native Liberia. He escaped the country in 2016, and now works as a Distinguished Scholar in Residence at Northeastern University's School of Law in Boston, Massachusetts. But the forest and villages back home are not far from his mind.

The Lungs of West Africa

Liberia's Upper Guinea Forest is the largest intact forest in West Africa. According to Brownell, the ecosystem is home to 2,000 kinds of flowering plants, 1,000 different insects, 240 varieties of trees and 150 mammals (including the region's iconic but endangered pygmy hippopotamus). 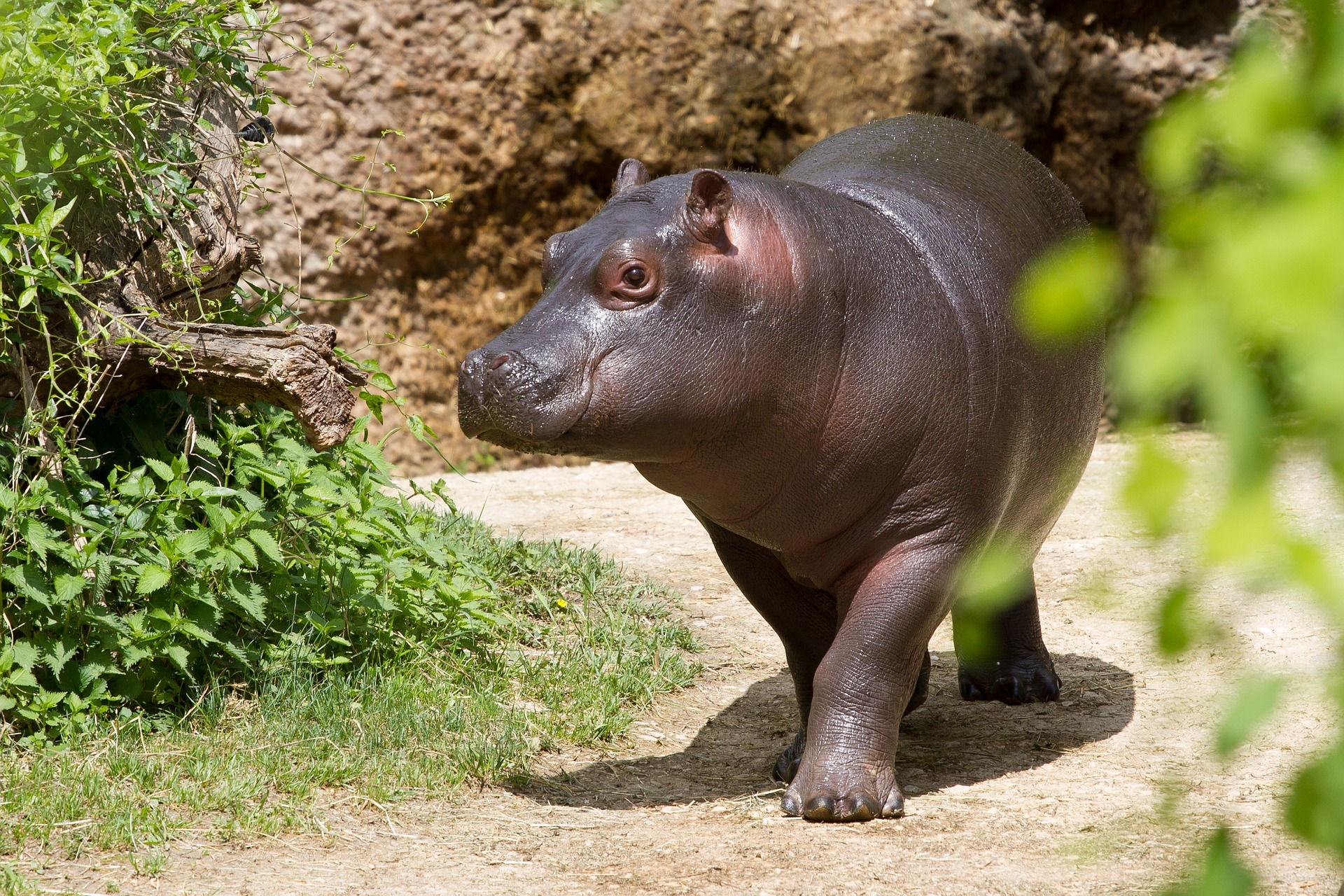 "The forest is a biodiversity hotspot," he explained. "It's a carbon sink reservoir and thus the lungs of the region."

The forest also provides livelihoods and ecosystem services, such as food and water, for thousands of West African people. Now multinational businesses have their eyes on the forest too. Palm oil — found in food, cosmetics and biofuel — is the world's most-used vegetable oil. Demand for this ubiquitous ingredient is driving the industry's expansion in West Africa, often onto land held by indigenous peoples and rural communities.

Standing Up to Powerful Interests

It was 2009 when palm oil companies ventured in to the Upper Guinea Forest. That's when Sime Darby signed a 63-year concession to develop more than 500,000 acres of land into oil palm and rubber plantations. 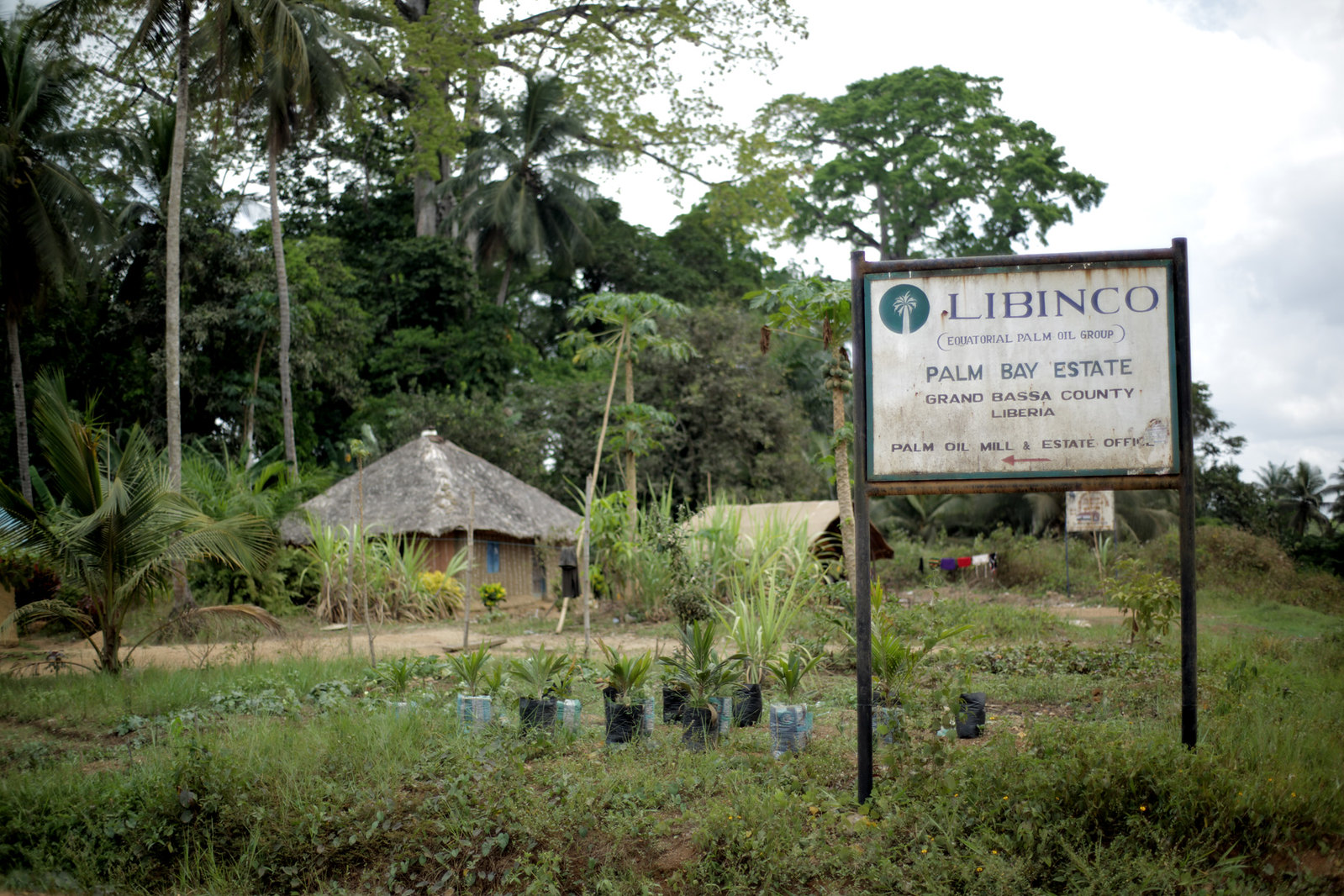 Global demand for palm oil is driving the industry's expansion in West Africa. Photo by Friends of the Earth International

Both corporations are members of the Roundtable on Sustainable Palm Oil (RSPO), an international network of companies, investors and NGOs that certifies producers of sustainable palm oil. Yet despite RSPO's criteria, Sime Darby and GAR subsidiary Golden Veroleum encroached on Liberia's forests without consent from the local communities.

Brownell said in the months following the companies' entry, Green Advocates received complaints from affected communities about human rights and environmental abuses by the corporations. They alleged that they faced harassment and intimidation, and that several sacred sites were desecrated. His organization sprung into action.

In 2011, Green Advocates provided legal counsel to the villagers and partnered with other NGOs to file a community complaint to RSPO's grievance system, a mechanism to address complaints against member companies. They first raised a complaint against Sime Darby for failing to adhere to RSPO principles. RSPO issued a stop order, mandating that the company consult with affected communities and obtain their consent before operating on their land.

In 2012, Green Advocates filed a second complaint, this time against Golden Veroleum. RSPO issued another stop order, ordering the company to negotiate a settlement with affected communities.

It was then that Green Advocates and villagers faced retaliation. Brownell said the Liberian government, rather than helping the community members, criminalized them. The police harassed, arrested and imprisoned several leaders and activists, one of whom died in prison. Brownell said some community members eventually had to flee into the forest for over a year, while their villages transformed into ghost towns with elite police units standing watch.

"I was lucky," Brownell noted. "Many defenders are not that lucky."

Brownell says that when he led a team from RSPO on a fact-finding mission, a private security company hired by Golden Veroleum "threatened to kill me, tear off my heart, and use my skull as a mug," prompting his family's departure from Liberia. "I escaped an assassination attempt on my life, but nothing was more troubling and disturbing than when poor villagers evicted from their land also had to face the brutality of elite police forces," he said.

In 2016, the government issued warrants for Green Advocates staff's arrests. The office was forced to shut down from October 2016 to March 2017, only reopening after an international campaign by other human rights and environmental organizations and a lawsuit filed by Green Advocates lawyers. 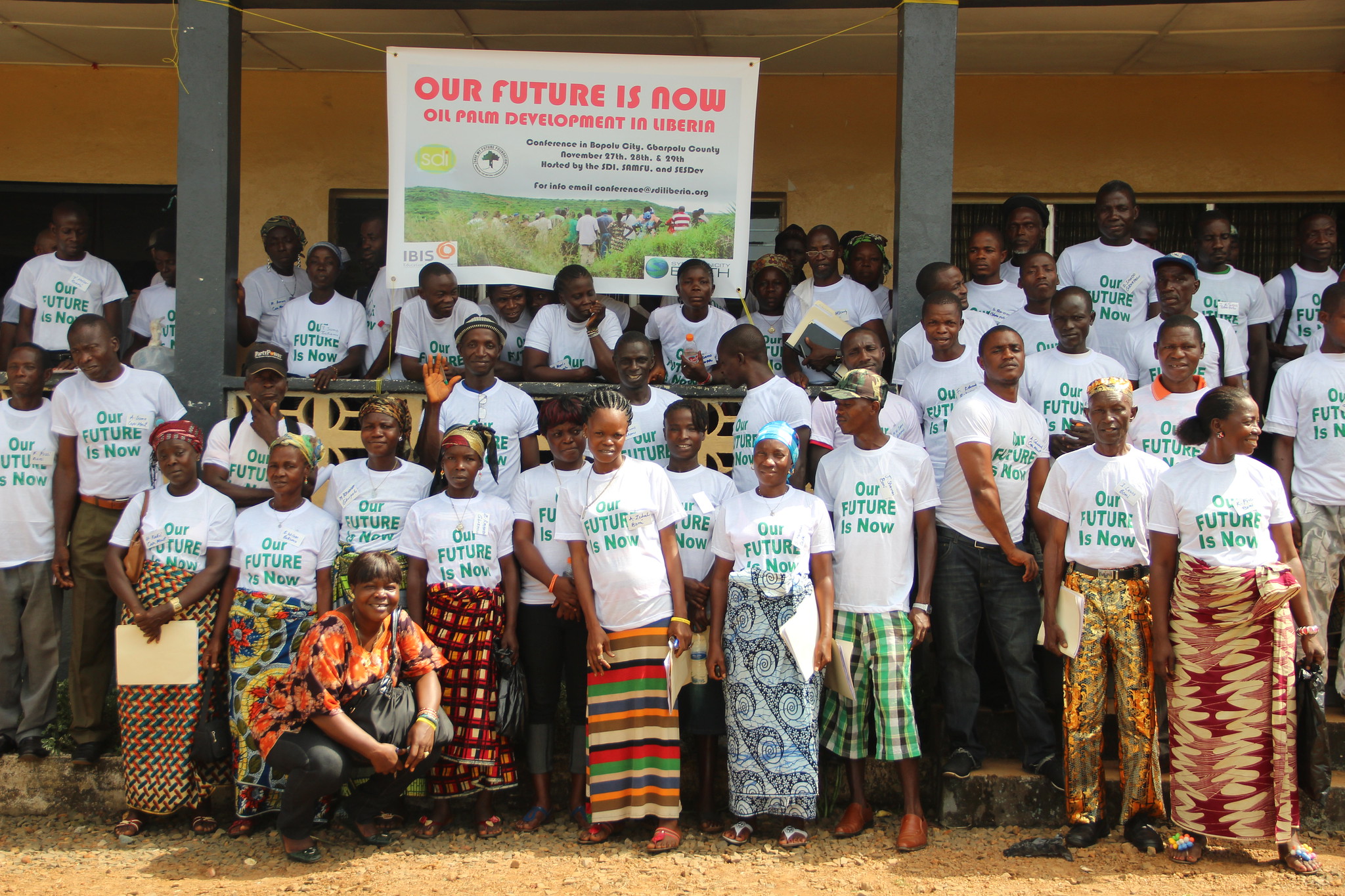 People from Liberia's Gbarpolu County at a conference to discuss palm oil plantations in their communities. Photo by Friends of the Earth International.

Both companies continue to operate in Liberia, although Sime Darby has considered exiting the country. Sime Darby has so far cleared and planted 25,946 acres, while Golden Veroleum cleared 123,552 acres. Brownell's work saved a corner of the Upper Guinea Forest for now, but the kind of corruption Green Advocates faced is a common barrier preventing Liberians from accessing environmental justice. Golden Veroleum has even attempted to withdraw from the RSPO; threatening areas that are now protected.

The threats Brownell faced are hardly unique. More than 200 people were killed in 2017 while defending their land and environment, according to Global Witness.

"I feel a deep sense of duty and obligation to represent the voices of those martyrs," Brownell said. "What is more important than defending the planet and its people? My life comes from the Earth; therefore it is worth my life to defend it and its people."

And the struggles of the communities he defends are common in other parts of the world. More than 50 percent of all land in the world is held collectively by rural and indigenous communities. This land provides livelihoods for an estimated 2.5 billion people and stores 25 percent of the world's aboveground carbon, but it's frequently threatened by companies looking to extract minerals, timber and other resources.

Asked what the Goldman Prize meant to him, Brownell replied, "The recognition is a victory for the indigenous peoples and local communities, who are the real heroes. They are our firewall." 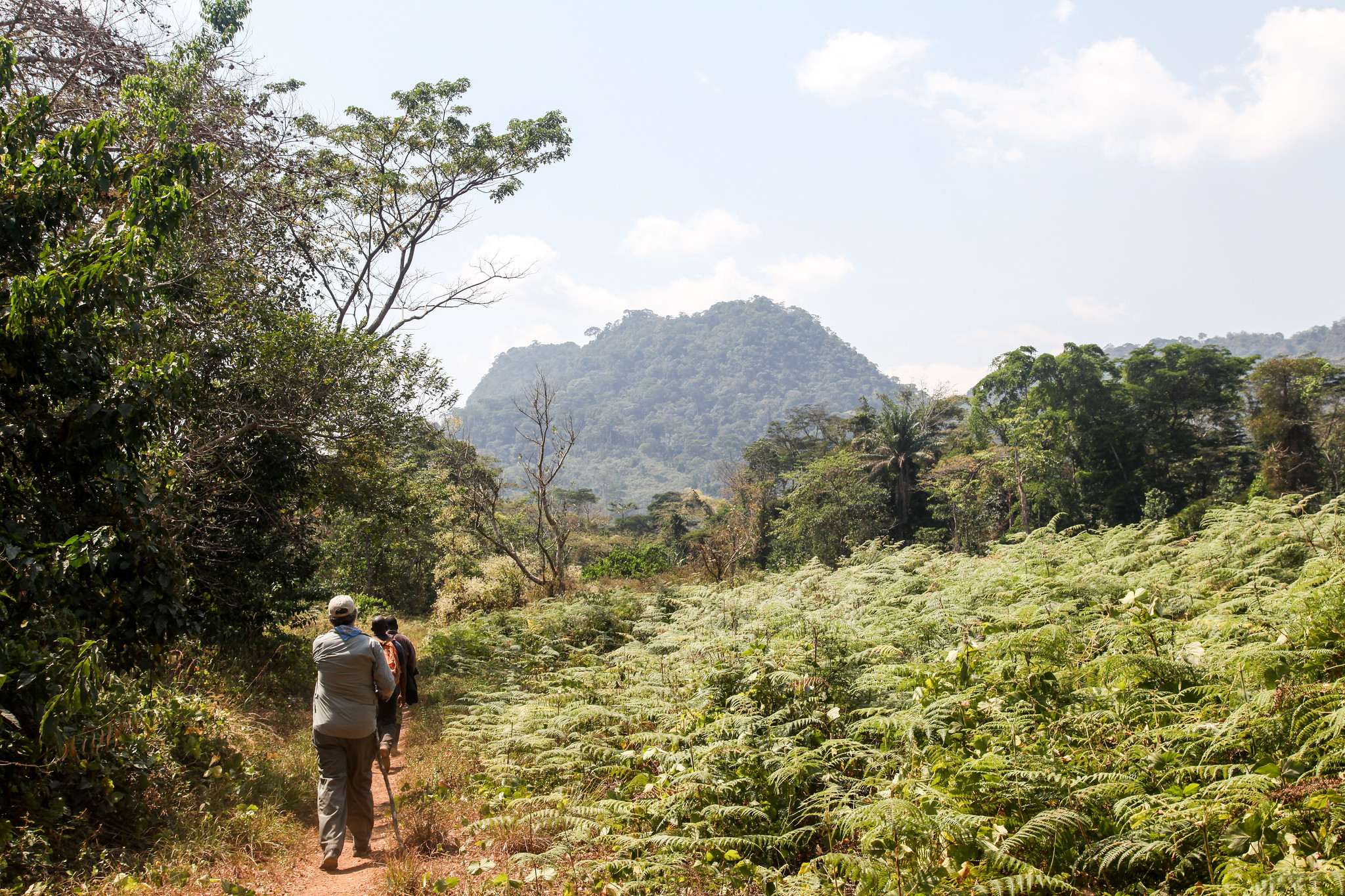