Launch event and opening ceremony of the Global Commission on Adaptation, which will catalyze a new global movement to bring scale and speed to climate adaptation solutions.

Join the livestream of the launch event and opening ceremony of the Global Commission on Adaptation, a new initiative that will raise the visibility of climate change adaptation and catalyze a global movement to bring scale and speed to adaptation solutions.

Participants will include heads of state and representatives from 13 convening countries, more than 23 global commissioners, leading research partners, senior advisors, and managing partners. The Commission will be led by Ban Ki-moon, 8th Secretary-General of the United Nations, Bill Gates, co-chair of the Bill & Melinda Gates Foundation, and Kristalina Georgieva, CEO, World Bank.

The managing partners of the Commission are the Global Center on Adaptation and World Resources Institute. 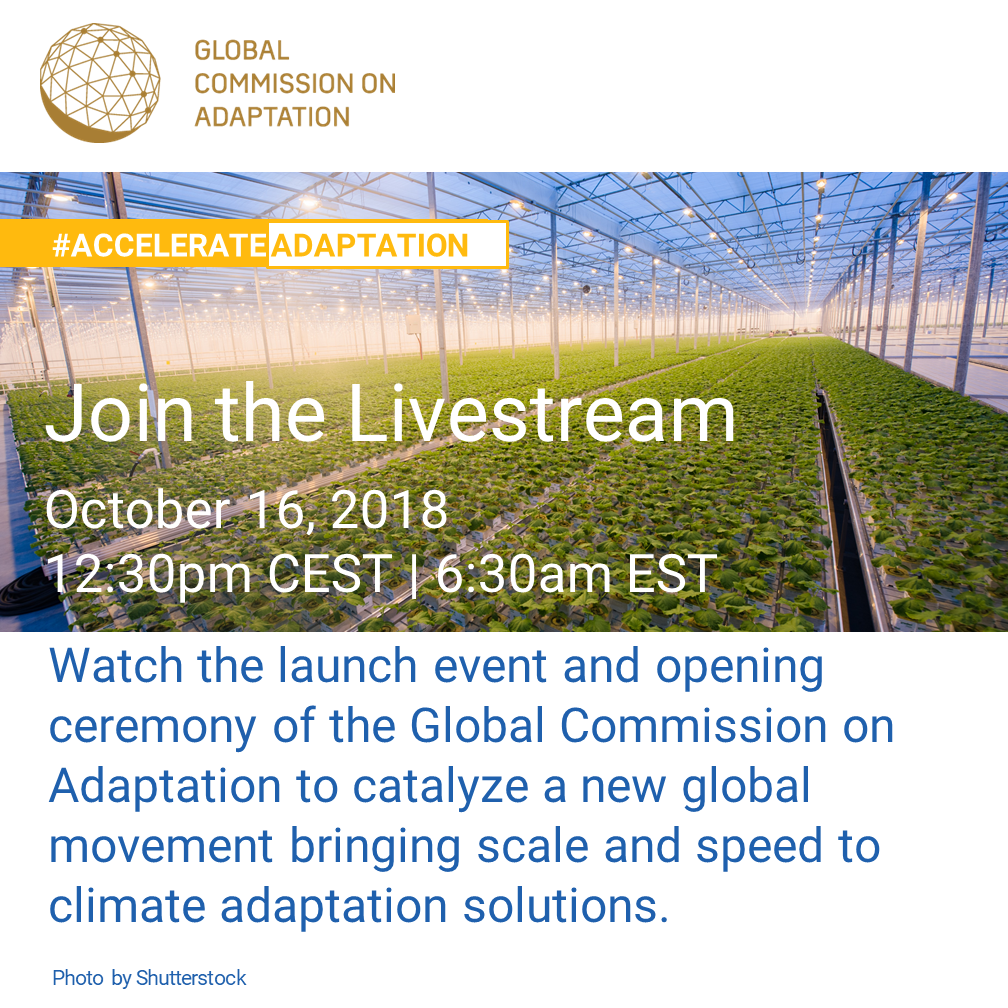 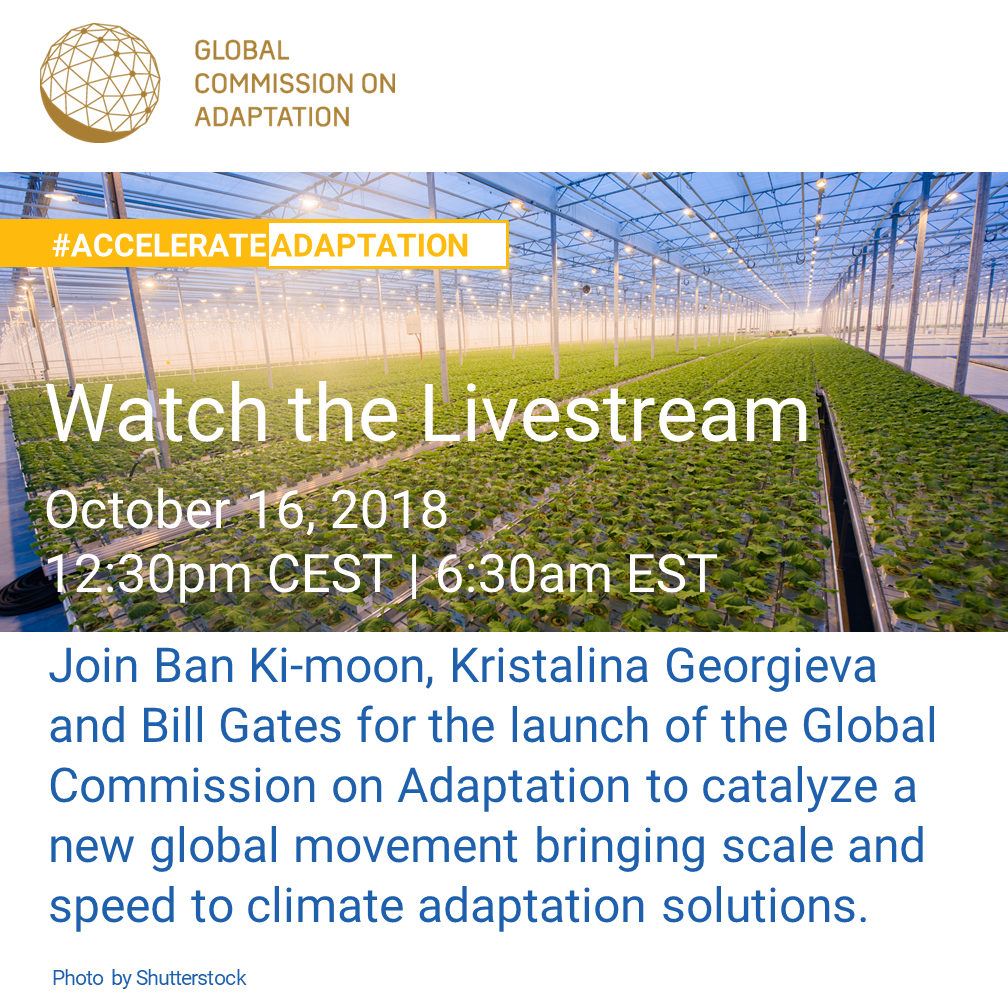