Rethinking urban transportation: how can cycling and public space contribute to better cities?

A closer look at the Danish experience in shaping great cities for cycling and public space, making streets safer and urban areas more livable and sustainable for all.

Urban Biking Advice from Copenhagen, Portland and Beyond. Does the future of city transport roll on two wheels? After a bike ride from World Resources Institute to Washington's National Press Club, advocates of city cycling offered advice on how to make bicycles a healthy, economical, environmentally sustainable mode of urban transportation. 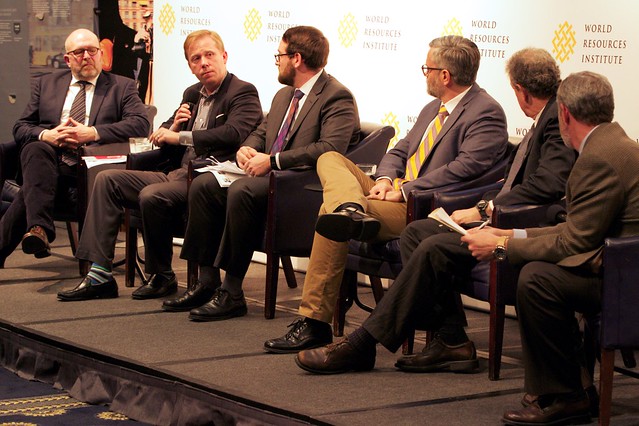 Globally, motor vehicles are on the rise in cities, causing congestion, pollution and traffic fatalities. With 54 percent of the population living in cities globally and nearly 80 percent in the United States, the decisions that political leaders, developers and planners make today have profound impact on the livability in urban areas over the next century.

In American cities, the transportation landscape is changing, with urban cycling growing in popularity and local governments facing the challenge of disruptive technologies like autonomous vehicles and on-demand ride sharing.

This event will highlight the Danish experience in shaping great cities for cycling and public space, and what other cities such as Washington, DC and beyond are and could be doing to make streets more livable and sustainable for all.

Panel 1: What is cycling’s future role in urban transport? How and why have American cities rapidly improved their cycling infrastructure?

Panel 2: How can cities, specifically their streets and public spaces, be planned for people and sustainability in the future? How can they enhance public life, and serve people while also doing things such as provide green infrastructure?

Speakers and panelists include Danish, US and global experts on bicycling and public space:

WRI Ross Center for Sustainable Cities works to make urban sustainability a reality. Through global research and on-the-ground experience, our experts work with city and national leaders in Brazil, China, India, Mexico, Turkey and the United States to spur action and improve life for millions of people. 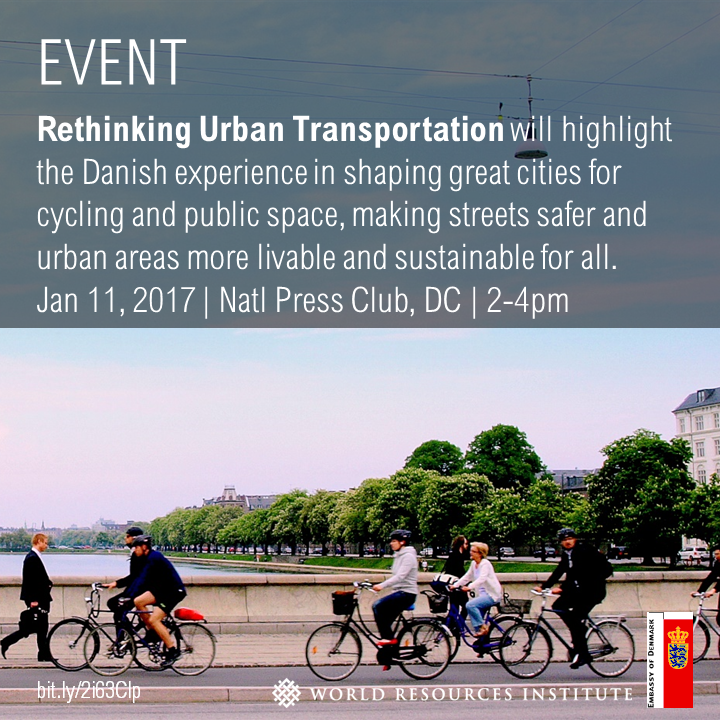