Could not retrieve the oEmbed resource.
Webinar

Could the “Special Relationship” between the United States and the United Kingdom extend to efforts to tackle food loss and waste?

In 2015, the U.S. Department of Agriculture and the U.S. Environmental Protection Agency announced a goal to reduce U.S. food loss and waste by 50 percent by 2030. Efforts are underway to realize this ambition. Overseas, the United Kingdom has emerged as a global leader in reducing food waste. In a period of just five years, the UK reduced food waste in households by 21 percent.

What lessons can be learned and shared between these longtime allies?

Ahead of World Food Day, Liz Goodwin - one of the driving forces behind the UK’s work to reduce food waste - discussed what worked in the United Kingdom. Elise Golan, Director for Sustainable Development at the USDA, and Cheryl Coleman, Director of the Resource Conservation and Sustainability Division of the U.S. EPA, shared U.S. experiences. Together, they discussed what lies ahead. 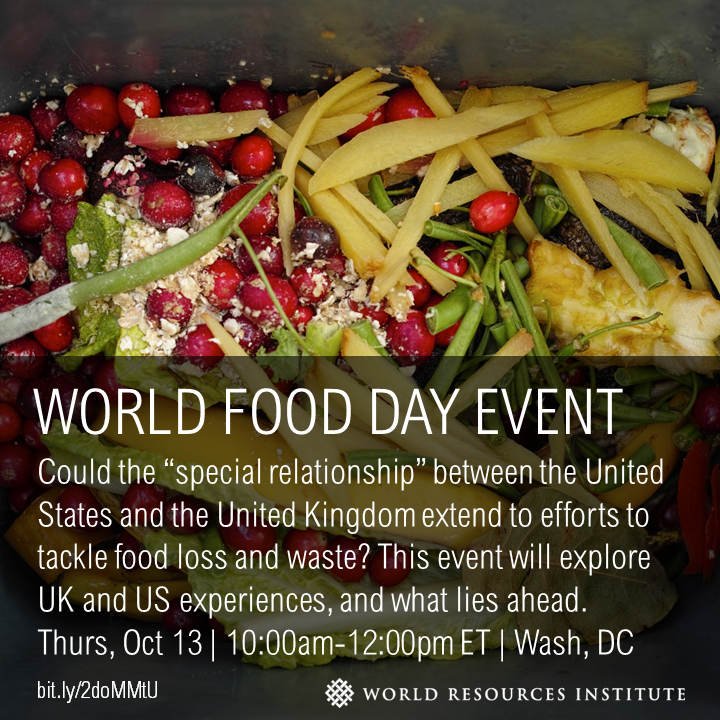