A version of this blog post originally appeared in Climate 2020.

The COVID-19 pandemic has given rise to one of the most challenging global crises of our time, already resulting in a tragic loss of lives and livelihoods for so many around the world as I write in April 2020. It is a poignant reminder of how our societies and economies are so deeply vulnerable. A health pandemic, like climate change, can affect anyone. However, we know that the poor and marginalized will suffer the most.

COVID-19 is a threat multiplier and underscores the urgency of building resilience not only to pandemics but also to other systemic risks such as climate change and ecosystem destruction. Now is the time to identify approaches that will help us ‘build back better’ following the pandemic, in a way that delivers the jobs and growth opportunities we so desperately need in the short term, but also reduces the risk from other such crises in the future.

In the coming weeks and months, governments and international finance institutions are expected to mobilize unprecedented funds—potentially as much as $10 trillion or more—to tackle and then recover from the COVID-19 crisis. Following these massive investments, budgets will likely be very tight for the coming years if not the next decade. So, we need to make these investments count.

The first wave of immediate response from governments and international financial institutions to the COVID-19 pandemic are focused on emergency measures to stop the spread of the virus and protect the people and communities most vulnerable to it, whether from the virus itself or income and job losses as economies grind to a halt. This is the first priority.

Most of these measures have no direct link to climate action. The exceptions are potential bail-outs for high-carbon industries, such as the oil and gas sector or airlines, or calls in some countries to loosen environmental regulations. But we should not boost growth coming out of one health crisis by exacerbating others, including air pollution—which already kills more than seven million people worldwide annually—and the climate crisis. 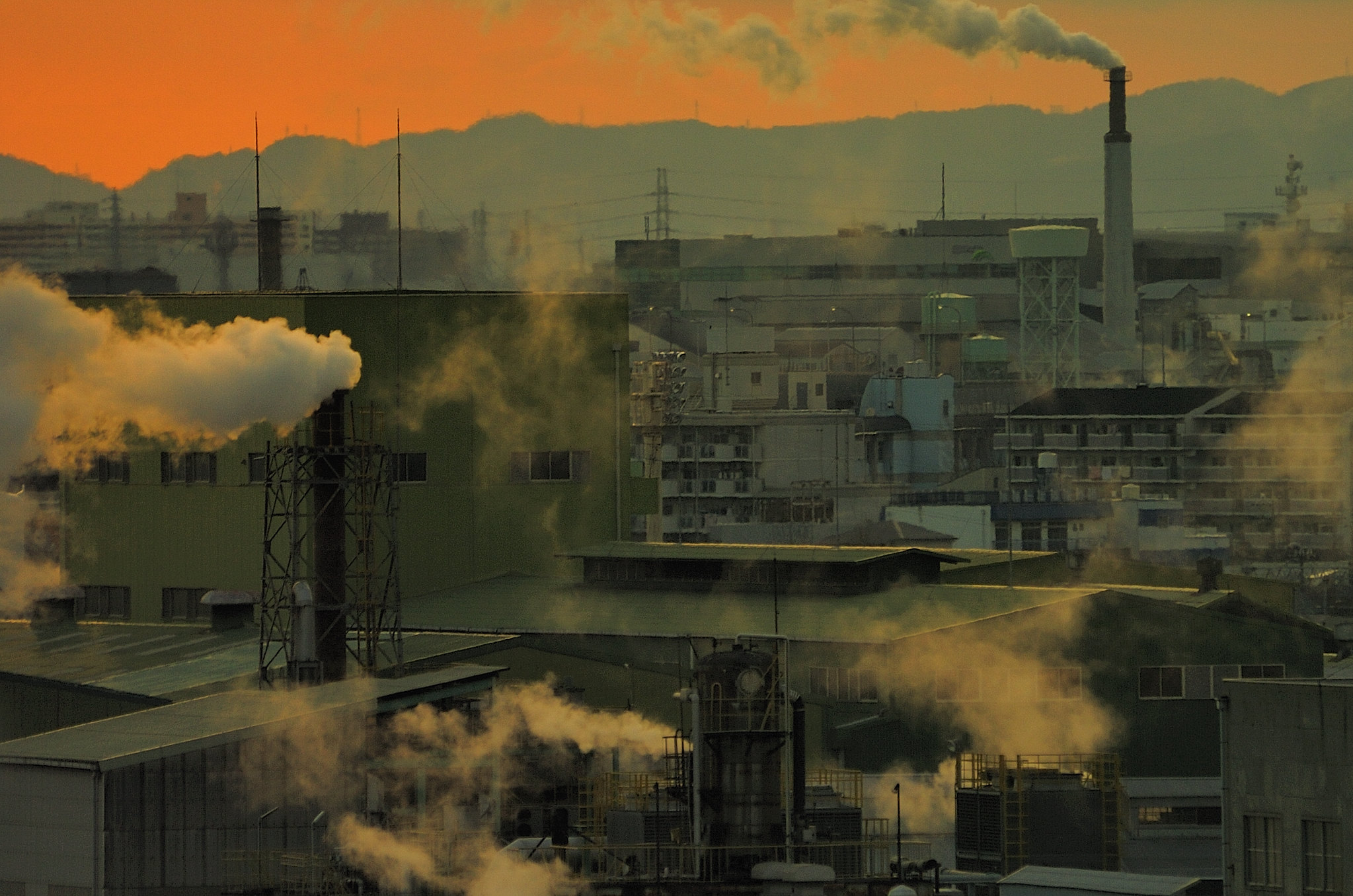 Some emergency measures to address COVID-19 and its impact on communities are linked to negative effects on the climate, including worsening air pollution. Photo credit to Shinobu Sugiyama/Flickr.

The second wave of responses to COVID-19 will focus on stimulating or reflating the economy. These will have more impact on climate action – either positive or negative. One element is likely to be the investment of trillions of dollars in large, shovel-ready infrastructure projects to boost demand and jobs. These investments could simply restore the high-carbon, vulnerable and unequal economies of today, or they could help accelerate the transition to more inclusive, low-carbon and resilient economies. The types of infrastructure investment chosen will be critical.

There is evidence from the 2008-09 economic recovery packages that well-targeted green stimulus measures generated more jobs and better growth than alternatives in some cases, and there are good reasons to believe they would be even more promising today given technological advances and increasing cost-competitiveness. For example, of the 2009 stimulus funds used in the U.S., it was found that one billion dollars spent on public transit infrastructure projects created almost double the job-hours of the same level of investment in highways.

The 2009 American Recovery and Investment Act was also the largest clean energy investment in U.S. history, providing more than $90 billion in clean-energy investments and tax incentives, leveraging approximately $150 billion in private and other capital, and supporting 900,000 job-years in clean-energy fields from 2009 to 2015. It jump-started a major scale-up of the American wind and solar industries, which are now directly competitive with fossil fuel power plants.

Korea was the country that invested the most—about 69 percent—of its 2008-09 stimulus in green measures, and it was also one of the OECD countries to rebound the quickest after the crisis.

In the second wave of response measures, governments may also look to realign fiscal policies to stimulate growth and jobs. This is an opportunity to reform environmentally harmful and inequitable subsidies, replacing them with more direct payments that support the incomes of vulnerable workers or communities while reducing government outlays.

Current low oil prices mean that fossil fuel subsidy reforms or use of carbon or energy taxes would have little impact on household expenditures, and the revenues raised could easily offset any impacts and still have funds left for other pressing public priorities.

This is a moment to look at options to shift taxes away from things that we want to encourage, like employment, and towards those we don’t, like pollution. Phasing out the over $400 billion per year in subsidies to fossil fuel use is one opportunity, another is to join the 77 countries, states or cities now applying a price on carbon globally, covering about 20 per cent of global emissions. Both approaches can raise funds for cash-strapped governments, be done in a way that ensures low-income and vulnerable households are better off, and would allow countries to step up their climate ambition.

Given the unfolding COVID-19 crisis, the COP26 UN climate negotiations have been postponed from November 2020 until 2021. This was not an easy decision, but it was the right one. However, while these meetings may be delayed, the urgency of tackling the global climate crisis is only clearer today.

In some ways, it is not surprising that those most vulnerable to the climate crisis woke up first and have emerged as the true leaders. As of early April 2020, 106 countries have committed to enhance their climate ambition in 2020 – primarily small and medium-sized economies, including many climate-vulnerable, developing nations. In April, Chile joined six other countries in releasing its updated national climate commitment, reflecting significant progress towards a prosperous and safer future. This will be a critical part of its broader economic recovery from COVID-19 and its continued efforts to address inequalities.

However, the hard truth is that the 106 countries leading the charge cannot achieve what is needed alone. Together these countries represent just 17.8 percent of global emissions. So even with the greatest ambition, they cannot move the needle enough on global emissions. Major emitting countries must stop equivocating, join this growing movement and step up their efforts to address the global climate crisis as they build back their economies following the COVID-19 crisis.

There are promising signals emerging from some major economies. The European Council has released official statements linking the pandemic response to the green agenda, delivering a mandate to factor the ‘green transition’ into its response. This builds on the European Commission’s release of a European Green Deal in December 2019, which puts forward a vision of a prosperous, fair and resource-efficient economy.

In South Korea, the ruling party has tackled the COVID-19 and climate crises simultaneously and with equally high ambition, with an impressive response to the pandemic and also announcing new plans to set a net-zero emissions goal, including shifting away from financing for coal and instead promoting renewable energy.

In Indonesia, the potential for a broader shift to a low-carbon and resilient development path is clear. Indonesia’s Planning Ministry launched a Low Carbon Development report in early 2019 that identified a sustainable growth path that will deliver higher annual GDP growth than business as usual, from the very first year, and provide a more rapid reduction in poverty together with more than 15 million additional green jobs in 2045, while also reducing emissions faster than their current NDC. This is an opportunity to reflect this stronger, more inclusive, low-carbon and resilient growth path as they build back following the COVID-19 pandemic and economic crisis.

Now is the time for transformative climate action – and major economies can and should take a lead. We have the tools and solutions available to make the shifts needed – and they can benefit people and economies in the global response to the COVID-19 pandemic and beyond. This action must put people at the centre, in a way that can deliver a safer, more inclusive and more resilient world for all.