Rainy season arrives at the same time in the lowlands of central Uganda and the country’s eastern highlands. Both regions grow coffee. And coffee farmers in both locations worry about how their crops and finances will fare in a warmer world.

Look beyond these similarities, however, and you’ll see that these regions are environmentally, socially and economically diverse. They experience different climate risks, and farmers in each region differ in their ability and approaches to adapt to them.

The experience of Ugandan coffee farmers underscores one of the greatest challenges for climate adaptation: There is no one-size-fits-all solution — even within the same industry, in the same country. What works is something rooted in the realities of the farms and farmers themselves: locally led adaptation. 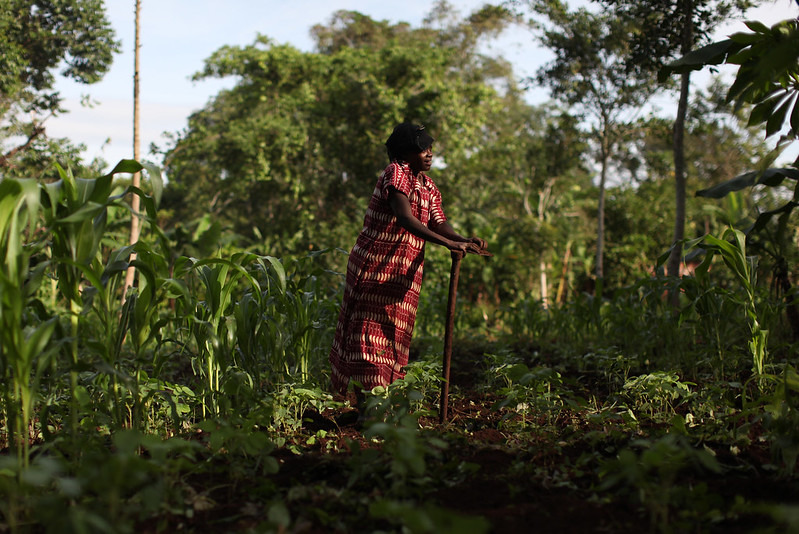 A coffee farmer in Kamuli, in the eastern part of Uganda. Photo by Bread for the World/Flickr

Climate change is already threatening coffee plants worldwide, and those threats are projected to grow. Coffee is a major crop in Uganda, employing about 1.7 million smallholder farmers. The country is unique in that it grows the world’s two major commercial coffee species, Robusta and Arabica. Rainfall-sensitive Robusta grows in the lowland regions. Arabica, highly sensitive to temperature, grows in the highlands.

Farmers of either species depend on the coffee for their entire livelihood, says Makerere University climate scientist Catherine Mulinde. Her research focuses on climate risks and drivers of adaptation in Uganda. “We want to understand which adaptation technologies will be able to work, within a particular altitudinal gradient and with particular farmer characteristics,” she said.

Because climate risks can be highly localized, understanding these nuances is crucial to effective adaptation.

Adaptation technologies can be everything from fertilizer to intercropping practices. Climate, geography and socioeconomics all play a role in how effective technology can be. For example: Coffee farmers in the highlands struggle with poor soil. Fertilizer and hardier crop species are potential adaptation technologies. Yet access is limited. Highland roads flood often, physically preventing farmers from accessing fertilizer or seeds.

Mulinde’s research found that adaptation drivers — what pushes farmers to implement new technologies or respond to climate risks — depend on qualities you might expect, like rainfall, and others you might not. Household size, whether the household decision-maker is a woman, and whether bananas or maize (or bananas and maize) are grown alongside coffee all affect farmers’ ability to adapt.

When adaptation is affected by such a myriad of factors, implementing solutions and planning at scale is challenging. 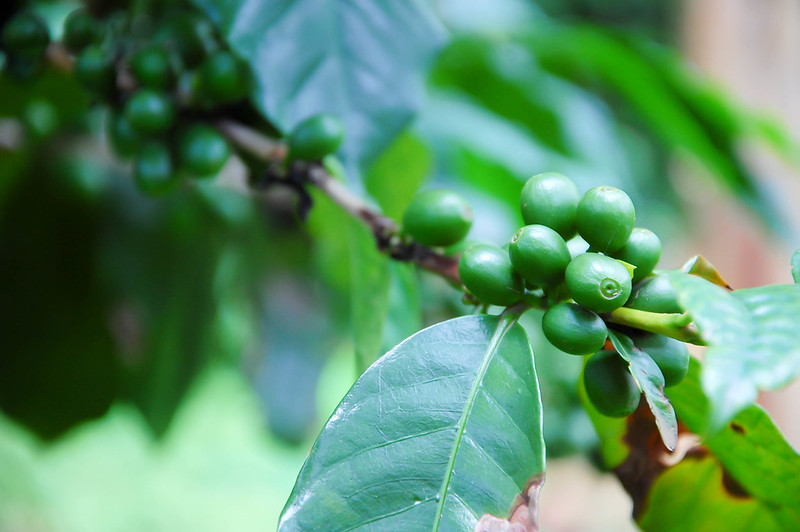 Challenging, but not impossible. Mulinde’s research offers recommendations for scaling adaptation successes: namely, local communities must be in the driver’s seat designing and implementing solutions.

“The farmers themselves are not sleeping and waiting for help,” Mulinde said. They are adapting to climate shocks, and are already rich with lived experiences about their land and community. “What we need to do is upscale their knowledge.”

When local actors lead, it ensures projects leverage existing knowledge and are culturally and environmentally appropriate, and therefore more likely to be successful and sustainable.

Mulinde’s research found that when coffee farmers were connected to social groups like farming cooperatives, they were more likely to implement certain beneficial adaptation solutions, such as using fertilizer. Collective power channeled through local organizations has also helped coffee farmers manage climate change in Costa Rica. Strengthening local organizations — and connecting them to planning and policy networks — is one way to scale adaptation.

Locally led adaptation is a focus area of the Global Commission on Adaptation. Managed by WRI and the Global Center on Adaptation, the Commission works to accelerate adaptation action and increase political support for climate resilience. The Commission’s Locally Led Action Track aims to empower and scale up planning, implementation and learning from locally led adaptation. The Commission will work to expand the quality and quantity of financial resources available to those working at the local level — including community-based organizations and local governments.

Uganda is Africa’s biggest coffee exporter, and the country has plans to increase its coffee production. With increasing climate uncertainty putting the long-term survival of Robusta and Arabica at risk, it’s crucial to work with farmers and farming communities to find solutions.