It is a humid monsoon afternoon, and Dr. Ann Miriam and Dr. Vijay Anand Ismavel are worried as they check their diesel stocks. It is the fifth day with no electricity, and their hospital is running entirely on backup diesel generators. If this keeps up, they'll soon need to send someone to the nearest fuel station, 25 kilometers (15 miles) away, to buy more diesel. But there's no guarantee they'll be able to get more fuel in time — the rains have flooded the roads.

Located in the hills bordering the northeastern Indian states of Assam, Meghalaya and Tripura, the Makunda Christian Leprosy and General Hospital serves 100,000 patients and delivers more than 5,000 babies every year. But during the monsoon season, which typically lasts from July to October, storms and floods often damage the electricity grid. The resulting power outages can last several weeks.

Unreliable electricity forces Dr. Miriam and Dr. Ismavel to work double duty as mechanical and electrical engineers. For example, to operate patients' ventilators with erratic electricity, they set up large, centralized tanks for oxygen and compressed air. The tanks can supply 20 minutes of air to the ventilators during short power interruptions. But longer outages lasting hours and days require expensive and polluting diesel generators. 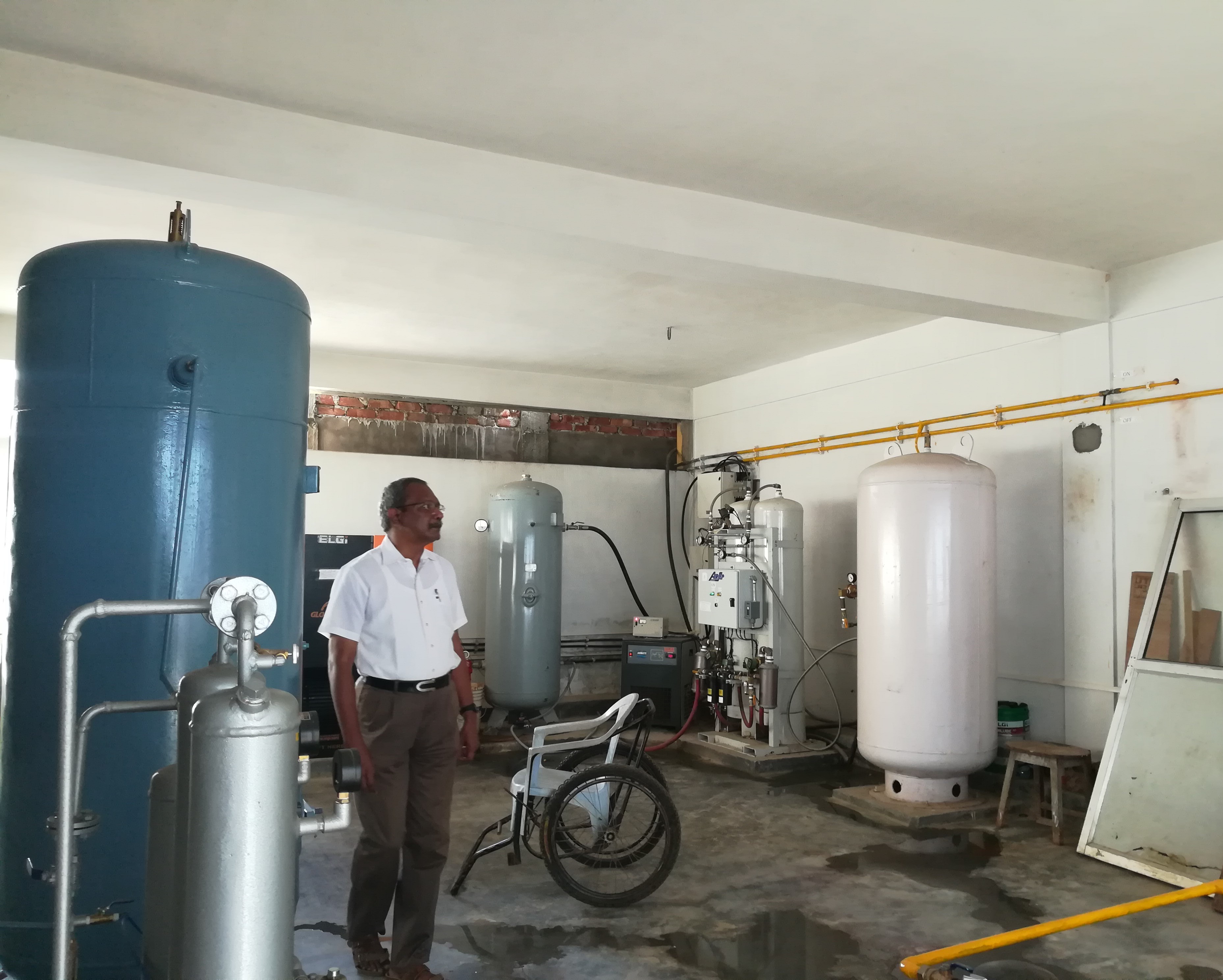 Unreliable electricity is a common challenge for healthcare centers located in rural areas. Some health centers across Asia and Africa are increasingly turning to solar power to meet basic energy needs. However, larger hospitals in remote areas, like Makunda, still hesitate to install solar panels for two key reasons:

Located several hours away from the nearest cities, rural hospitals are often excluded from solar markets. Given the remoteness of rural areas, and little information on potential electricity demand there, solar vendors have limited interest in venturing into such areas. Even if vendors do choose to sell solar in remote locations, the turnaround time for repairs to panels presents another problem, as it often takes a long time for a technician to reach the site. Large hospitals, where a delay of just a few minutes may mean lives lost, cannot afford to wait so long. 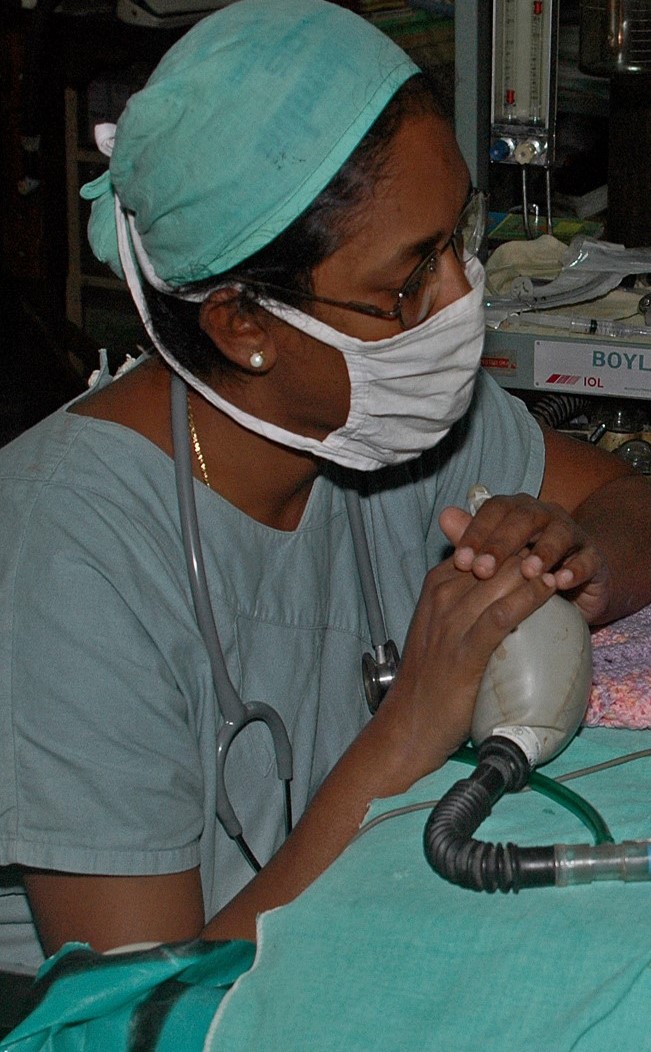 Larger hospitals run surgical centers, intensive care units, neonatal intensive care units and emergency rooms. These critical services also require the most power. Be it the suction machine, the ventilator or the cautery machine, everything needs electricity. When power supply from the grid is unreliable, hospitals must plan for a 24/7 power backup.

Powering such large loads with renewable energy sources like solar is expensive. 24/7 power backup for a fully-equipped operating theater and neonatal intensive care unit would require a 50-kilowatt solar system, costing around $75,000 (about 53 lakh Indian rupees). The upfront cost of such a system is still very high for hospitals serving poor and marginalized communities, often through a non-profit business model.

Reliable Solar Power for the Hospitals that Need It Most

A coordinated effort can help remote hospitals overcome these challenges and tap into the benefits of solar technology.

The first step is to ensure that rural communities can access solar energy providers. For solar companies to offer products in rural markets, it is important to showcase the market potential in remote areas and generate interest from vendors. In India, government data shows that close to 2,600 government health sub-centers lack electricity in the Indian state of Assam, representing 2.6 megawatts of demand. This kind of information can help vendors and other stakeholders identify and develop robust markets for solar in remote locations. WRI's Energy Access Explorer provides information on health center locations, electricity demand, renewable energy potential and more for Kenya, Uganda and Tanzania. Data for India will be available on the platform early next year, with other countries soon to follow.

One way to cover the upfront cost of solar systems in India is by tapping into the Indian Corporate Social Responsibility (CSR) funds. Under India's CSR law, large companies are mandated to invest 2% of their earnings in corporate social responsibility projects, including programs like rural hospitals. Dr. Miriam and Dr. Ismavel currently spend close to $5,000 (3-4 lakh Indian rupees) per month on diesel costs. Solar systems could bring down these operational costs, provided hospitals are able to pay the upfront costs. A portion of the money that would have been spent on diesel can be used by hospitals to cover expenses for operating and maintaining the new systems. 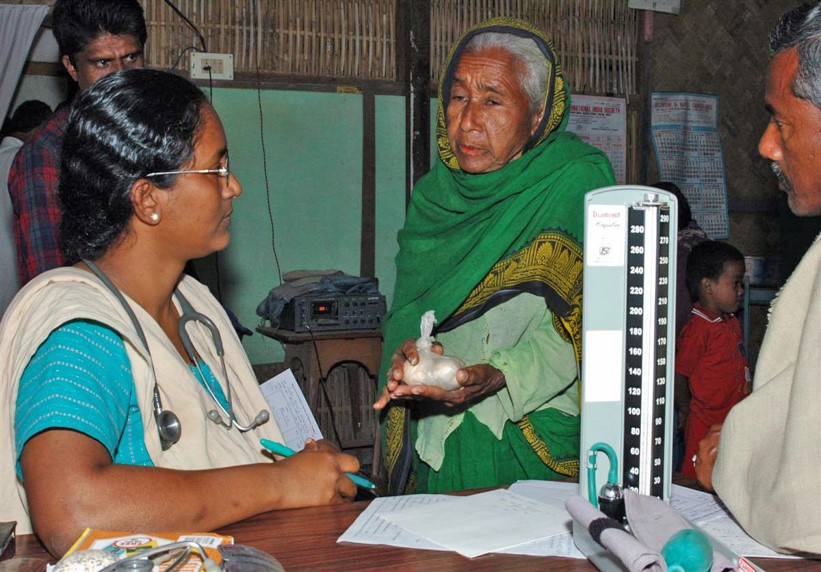 Dr. Ann Miriam with a patient who could only afford eggs as payment. Many rural hospitals in poor communities operate as nonprofits. Photo by Makunda Hospital

In areas with enough market demand, an alternative option is for a solar vendor to pay the upfront cost of setting up the system and then sell the power to a local hospital and nearby homes. This model reduces liability for the hospital and ensures continued maintenance of the system. Such models are already in place in areas where the grid is reliable, and can be adapted for off-grid solar systems by integrating them with the hospital's existing electricity infrastructure.

Given the challenges of traveling to and from remote locations, it is imperative to build local capacity to service solar systems. India has innumerable training programs, including the Suryamitra program to train solar technicians. Such programs could train people in remote areas and provide them with good jobs, as discussed in WRI's report, Can Renewable Energy Jobs Help Reduce Poverty in India?. 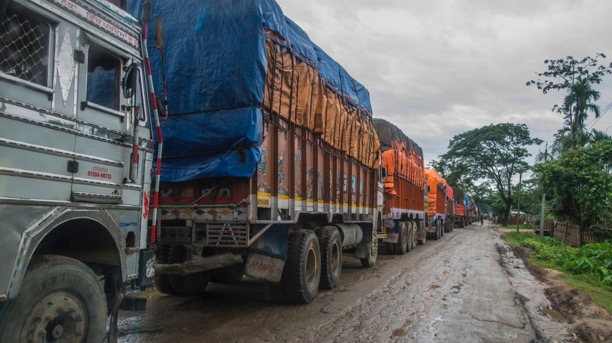 During floods, rural roads in India are often blocked and getting diesel for hospital generators can be challenging. Photo by Makunda Hospital.

Finally, discussions at sub-national, national and global levels aimed at improving energy infrastructure need to include the voices of the energy consumer — in this case, doctors and hospital staff. Together, we must identify solutions to support doctors like Dr. Miriam and Dr. Ismavel, who have spent decades setting up quality medical services in the most remote parts of the world.