The conservation finance market hit a new high-water mark in recent weeks as the Dutch government issued one of the largest green bonds ever: 5.98 billion euros (roughly $6.8 billion). This bond for low-carbon development and sustainable water management will finance, among other things, natural infrastructure solutions in the Netherlands that are crucial for protecting one of the world's lowest-lying countries from floods and sea-level rise.

The enthusiasm for the bond also signals a bigger trend: the shift in conservation finance from a niche market to a mainstream, large-scale investment strategy.

What Is a Green Bond?

A bond allows an institution (in this case the Dutch government) to borrow money from multiple investors and pay them back over time. For example, the U.S. government issues treasury bonds to raise money from citizens to finance government projects. Now the concept is being applied to the challenges of climate change and disaster risk management.

The bond benefits the Dutch government by allowing it to raise capital for major infrastructure projects, such as renewable energy facilities, low-carbon transportation systems and water and flood defense infrastructure. The bonds benefit investors (which includes pension funds, banks, and insurance companies) by offering them a stable and predictable investment with a regular rate of return. The Dutch government can repay investors with money raised through a variety of tax and revenue sources.

So, what qualifies as a "green" bond? Several labeling and certification schemes have been developed to determine if the investments meet certain criteria for sustainability. The Dutch bond was certified by the Climate Bonds Initiative (CBI), which uses a robust set of standards that have become a leading framework for green bonds. The certification followed CBI's Water Infrastructure Criteria, which was crafted with the help of experts at WRI and the Alliance for Global Water Adaptation, along with technical and industry professionals.

The Netherlands is naturally vulnerable to climate change. Much of the country lies below sea level and is protected by dikes, levees and sea walls. Massive floods periodically inundate parts of the country, often causing extensive damage and loss of life. In response, the Dutch have become not only a world leader in engineering solutions to rising sea levels, but a nation heavily invested in fighting climate change even as it adapts to it.

The bond will fund a wide range of low-carbon projects, including renewables (such as onshore solar energy and offshore wind energy), energy efficiency (such as residential energy efficiency upgrades) and clean transportation (such as public passenger transport infrastructure). The bond also has a focus on sustainable water management, especially the use of nature-based solutions and green infrastructure approaches for reducing flood risks in coastal and low-lying areas.

The Netherlands has already embraced the natural infrastructure approach through its Room for the River program, a pioneering example of how to live with rising water, rather than fight it. Instead of building higher and higher levees to confine rivers to narrow channels, the project restored part of the natural river flood plain by pushing back dikes and digging new channels. The flood-prone areas are restored into wetlands, reservoirs or public parks that are designed to temporarily store flood water. The new green bond could take the lessons learned from Room for the River and scale them even more widely across the country.

The Dutch have several examples of projects that harness natural processes to enhance large-scale infrastructure construction. In the province of South Holland, erosion of sand dunes and shoals on the Delfland Coast put the inland areas at risk for flooding. Engineers devised a system to address this through regular "sand nourishment" – replacing the lost sand with material dredged elsewhere. In 2011, the Dutch Ministry of Infrastructure and Water Management developed an innovative approach by building a giant "Sand Motor" that mimics the natural structure and movement of dunes – continually replenishing the sand while providing primary sea defense. 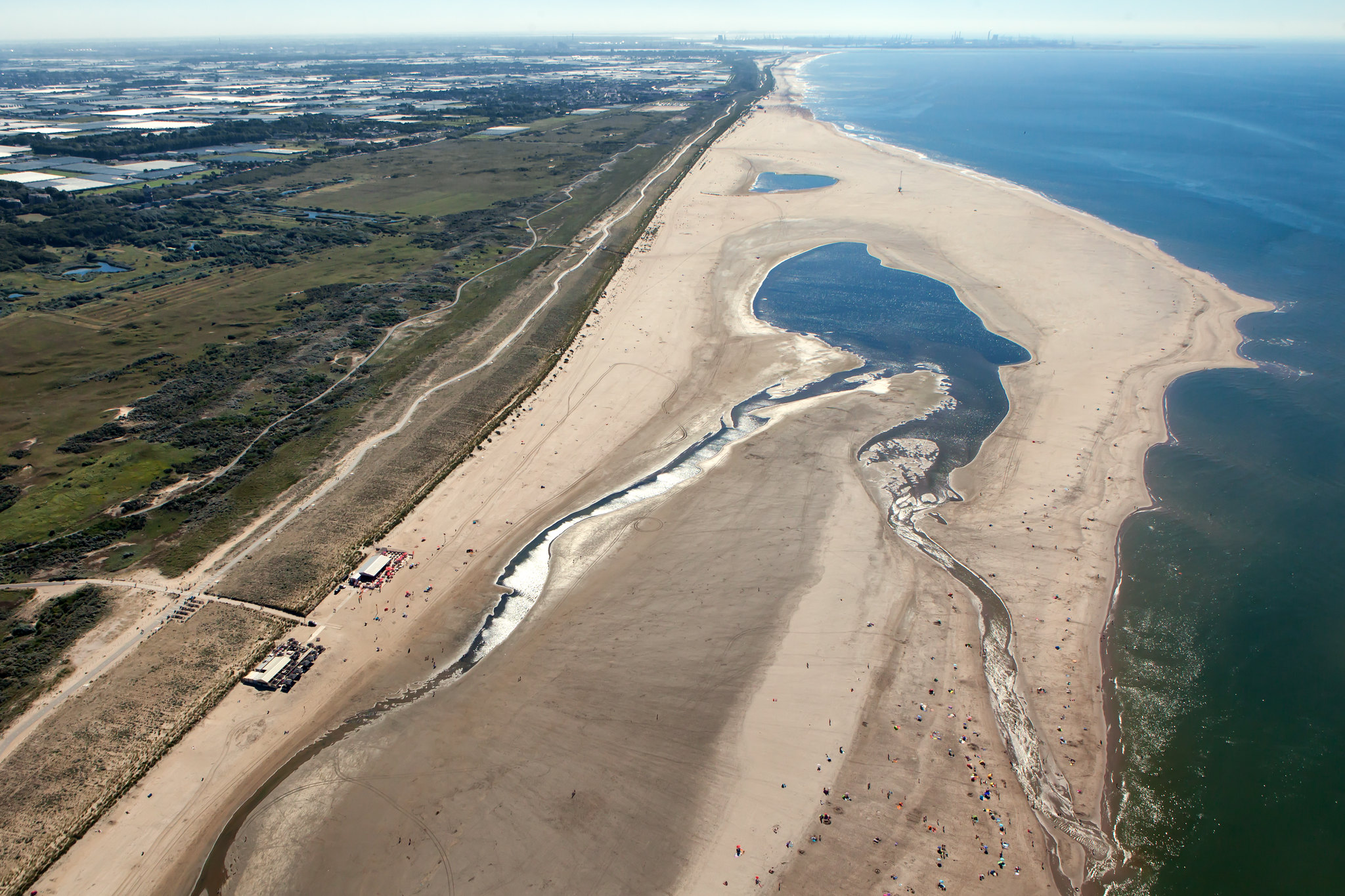 So how did investors react when the recent Dutch Green Bond was issued? Within 90 minutes of the bond's issuance, the government had received 21.2 billion euros ($23.8 billion) worth of orders for 5.98 billion ($6.71 billion) euros of certificates, over-subscribing the bond by 3.5 times the original amount. The prospect of a AAA rated bond that credibly met investors' needs for certified and innovative green investments clearly hit the mark. The Netherlands for their part gave preference to investors with registered sustainability credentials. 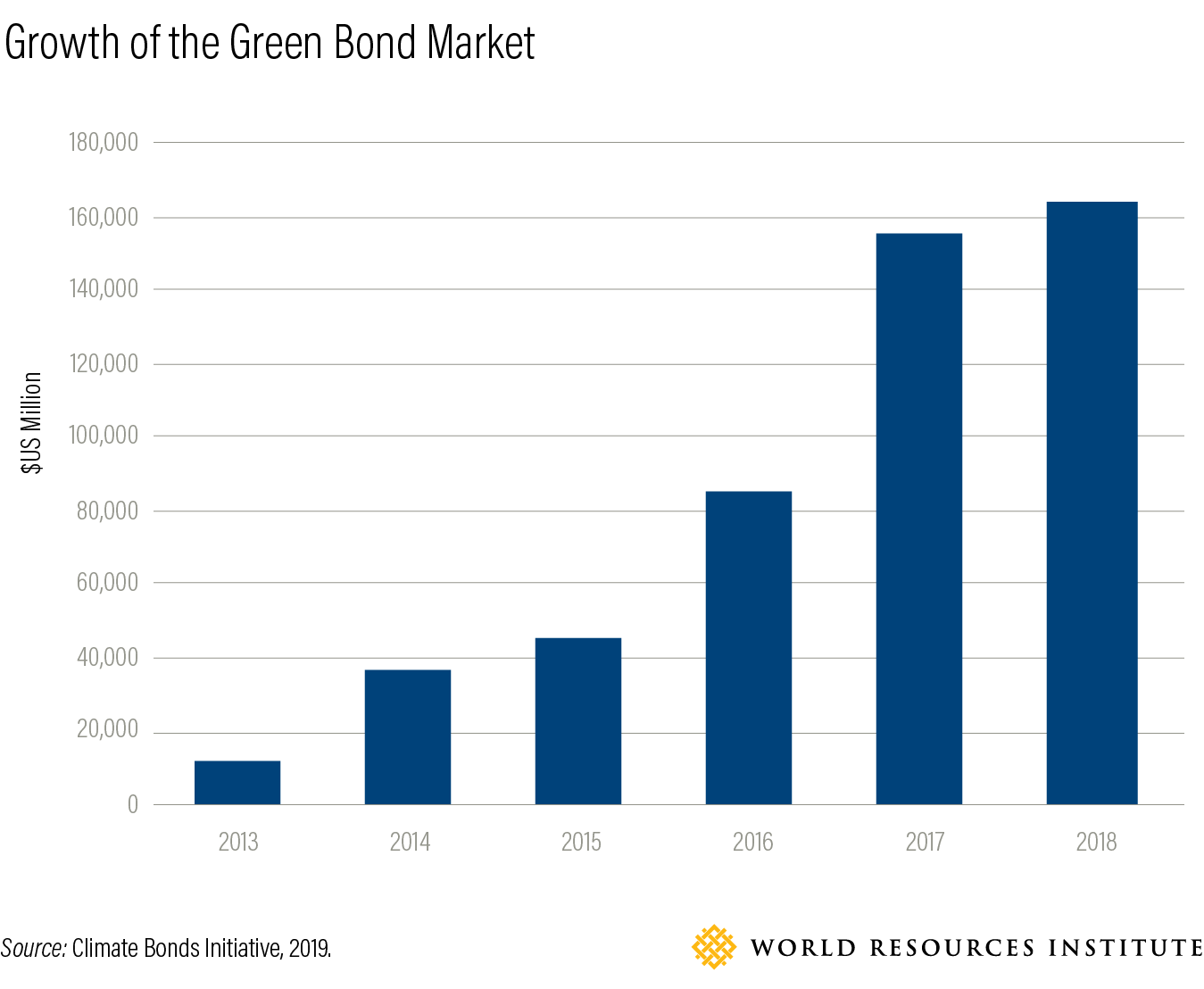 This green bond, while exceptionally large, was not an anomaly. China, France, Nigeria, Indonesia, Fiji and dozens of other nations have also issued green bonds. Others, such as a large green bond from Germany, are anticipated to follow soon. Globally, the green bonds market reached about $168 billion in 2018, up more than 80% from 2016. And despite some recent slow-downs, many estimate that the green bonds market will continue to grow as more emerging economies begin to issue green bonds of their own. There is also growth in related conservation finance tools, such as "sustainability bonds", "social bonds", and investments focused on water resources.

Many historians trace the birth of modern banking back to the Netherlands in the 16th and 17th centuries, including the issue of the first general government bonds. Why did this happen in the Netherlands? Water likely played a role- the Dutch financial system was cultivated out an elaborate system of global trade enabled by the city's waterways and access to the sea. Now once again, water and finance are inextricably linked in the Netherlands. It likely won't be the last time.