Home > Blog > Planning for a "Just Transition": Leaving No Worker Behind in Shifting to a Low Carbon Future
Comments
|
Add Comment
|
Print
Tweet

Last year the global climate change community convened in the heart of Poland's Silesian coal region. While those working in the coal industry are often overlooked in efforts to address climate change, the Polish government, as host of COP24, drew attention to the need to drive change for both together. With the Solidarity and Just Transition Silesia Declaration, Poland advanced a strong call for a transition towards a resilient, low-carbon world with a central focus on social aspects and the need for decent work for those whose jobs might disappear as fossil fuel consumption winds down.

This need to reconcile demands for climate action and social justice is playing out around the world.

Not far away, France experienced a more intense clash as the Yellow Vests Movement made their own statement demanding social justice in the transition to a low-carbon economy. This effort has driven a nationwide debate and led to the establishment of a High-Level Climate Council to monitor social impacts of the low-carbon transition. In recent weeks, in the U.S., legislation for a Green New Deal was announced, aimed at mobilizing an equitable transition to a net-zero greenhouse gas future.

Social movements have recognized the interrelationship of economic and climate justice for years. Now, the Paris Agreement has recognized the role of a 'just transition' as integral to climate transformation. And, guided partly by the International Labor Organization's guidelines for a just transition towards environmentally sustainable economies and societies for all, governments are beginning to consider the human element of climate policy and prepare for negative social impacts of some climate policies.

What Is a Just Transition?

Countries around the world are shifting towards a climate‐resilient and low‐carbon economy. This shift will bring profound changes in how people live and work. Economies that rely on the production and consumption of fossil fuels will be transformed. The skills necessary to keep the economic engine running may look very different than they do now. 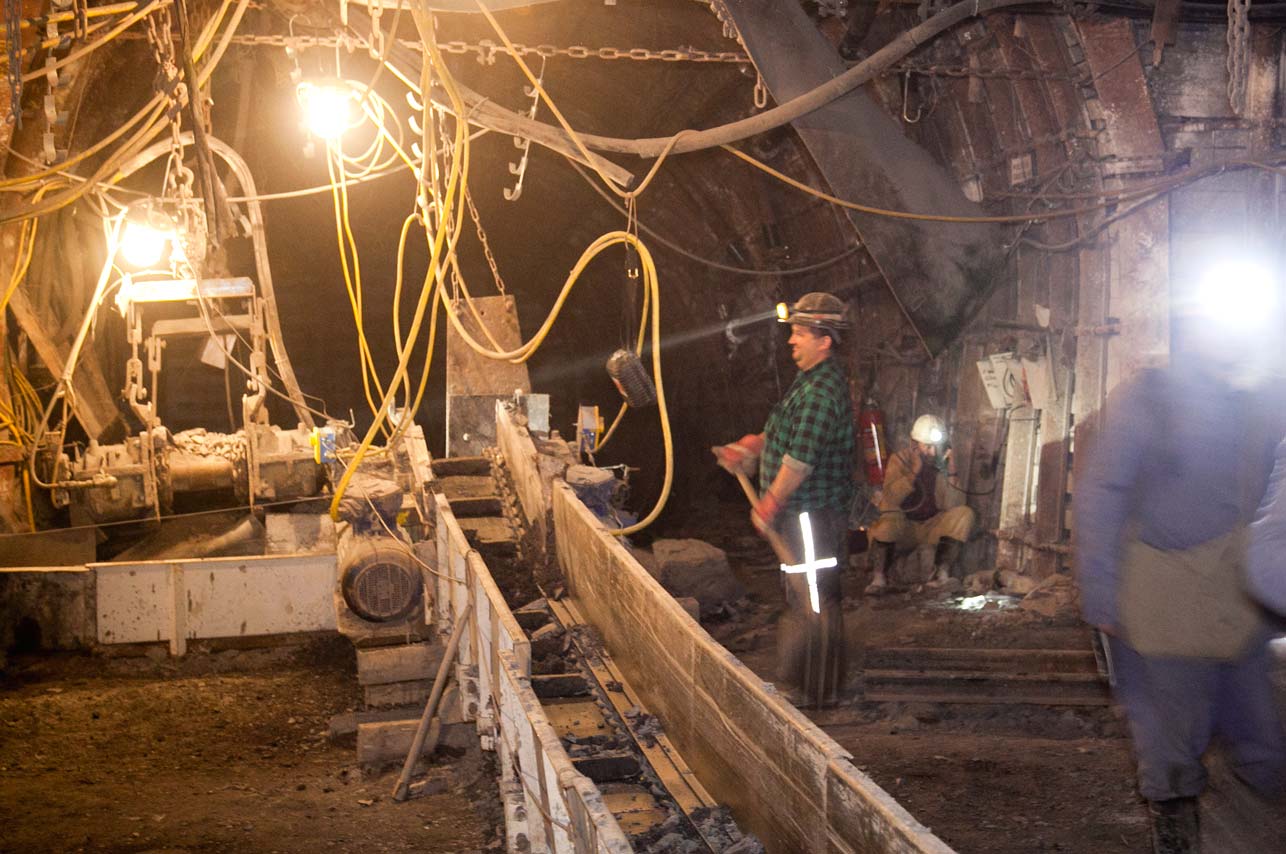 A coal mine in Silesia, Poland. Wikimedia/Krzystof Kwasny.

How can countries plan a thriving low-carbon economy for all people, including those whose livelihoods are closely tied to a high-carbon economy?  How can they stave off growing income inequality, and design an equitable low-carbon transition that does not disporportionately impact low-income households and provides the kind of employement needed in the 21st-century economy?

A "just transition" is one that checks these boxes—and it's something all countries must grapple with as they put together their long-term national climate strategies.

Without this kind of planning, drastic changes in single-industry communities can be devastating. In the 1990s, power plants in Australia's Latrobe Valley were privatized , devastating the region for decades, and ultimately over one-third of jobs in power generation disappeared. The region was hit once again in 2016 when a French corporation, Engie, gave only five months notice that it would close its Hazelwood coal plant. There were no existing plans or programs to manage the transition, and only after the Engie announcement did the federal government and Victoria State government mobilize measures for immediate assistance to the workforce to mitigate the impact.

The central question for governments today is whether they will build social equity into climate solutions. Some countries are already developing promising approaches.

Costa Rica included this cross-cutting issue directly in their recently launched decarbonization plan to be sure no workers are left behind when moving toward net-zero emissions by 2050.

To support Germany's long-term strategy, a special German commission spent the past eight months developing a phase-out plan for coal by 2038. While the recently unveiled plan satisfied neither environmental groups (who saw it as too slow in its emissions reductions) nor the German utility and labor unions (too fast), it's often said the sign of a successful negotiation is when each party leaves equally dissatisfied. It is important that conversations like these are happening. To prepare for the planned transition, German states affected by the coal transition are to be offered federal assistance of more than $45 billion for restructuring, retraining and job creation.

In Canada, the government set up a Task Force on Just Transition for Canadian Coal Power Workers and Communities to provide advice on how to make the transition away from coal a fair one for workers and communities. 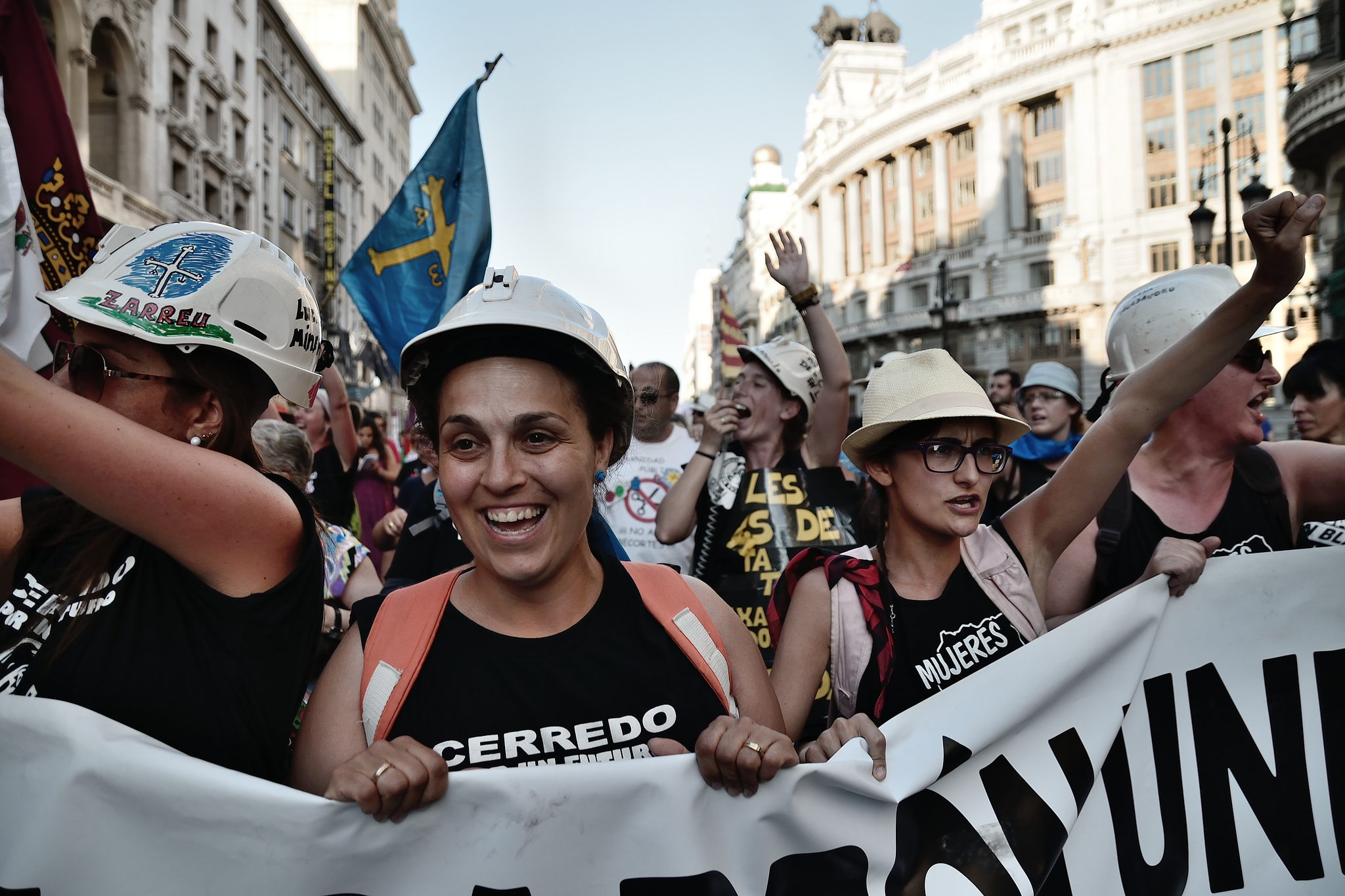 In Spain, while working on an ambitious draft climate change law to cut emissions by 90 percent by 2050, the government agreed to a €250 million ($286 million) just transition plan to support mining regions where nearly all coal mines will be shut down over the next decade.

And in South Africa, the National Planning Commission has been leading a public dialogue to develop a consensus on what a "just transition" to a low-carbon society means as it determines the long-term role of coal in its energy future. This comes as the country is experiencing some of the worst blackouts in its history, in part as a consequence of complications with two new coal plants (development of which put its sole energy utility, Eskom, deep in debt). The country is also facing the prospect of major job losses due to the restructuring of Eskom—heightening the urgency of developing a just transition plan.

Anticipate, Protect and Support the Workforce of the Future

As noted above, several countries are already considering the impact of climate policy on the workforce. Long-term strategies provide an ideal venue for doing so.

The Paris Agreement invites countries to prepare long-term, low emissions development strategies in addition to the national climate commitments they pledge every five years starting in 2020. These strategies--which take a far-sighted approach to climate and development—should guide countries on a path to limit warming to 1.5°-2°C by the end of the century.

Long term strategies can do more than reduce emissions. They should also help governments prepare for workforce impacts before they hit. They offer an opportunity to analyze options, weigh trade-offs, and develop plans to transition to a low-carbon future while minimizing the burden on the workforce and maximizing the benefits of the transformation for workers. Policies to secure a just transition could include measures such as pension schemes and retraining fossil-fuel workers for employment in a new sector.

Long-term strategies should incorporate policies, actions and resources that anticipate the impacts of climate policies on employment. They should protect and ideally improve workers' livelihoods with better health, new skills and labor rights. And they should be grounded in and support the needs of communities.

By facilitating socially fair outcomes, long-term climate and development strategies can facilitiate broader political support for the transition to a zero-emission economy. In short, they provide an indispensible roadmap toward overcoming the climate challenge.