Boniface Mutua, the head cook at Jamhuri High School in Kenya, reports for duty at 5AM every weekday. He often works until 8PM, serving breakfast, lunch, dinner and evening tea to staff and more than 1,000 students. But it isn’t the long hours or the hard work that bother him—it’s the smoke. 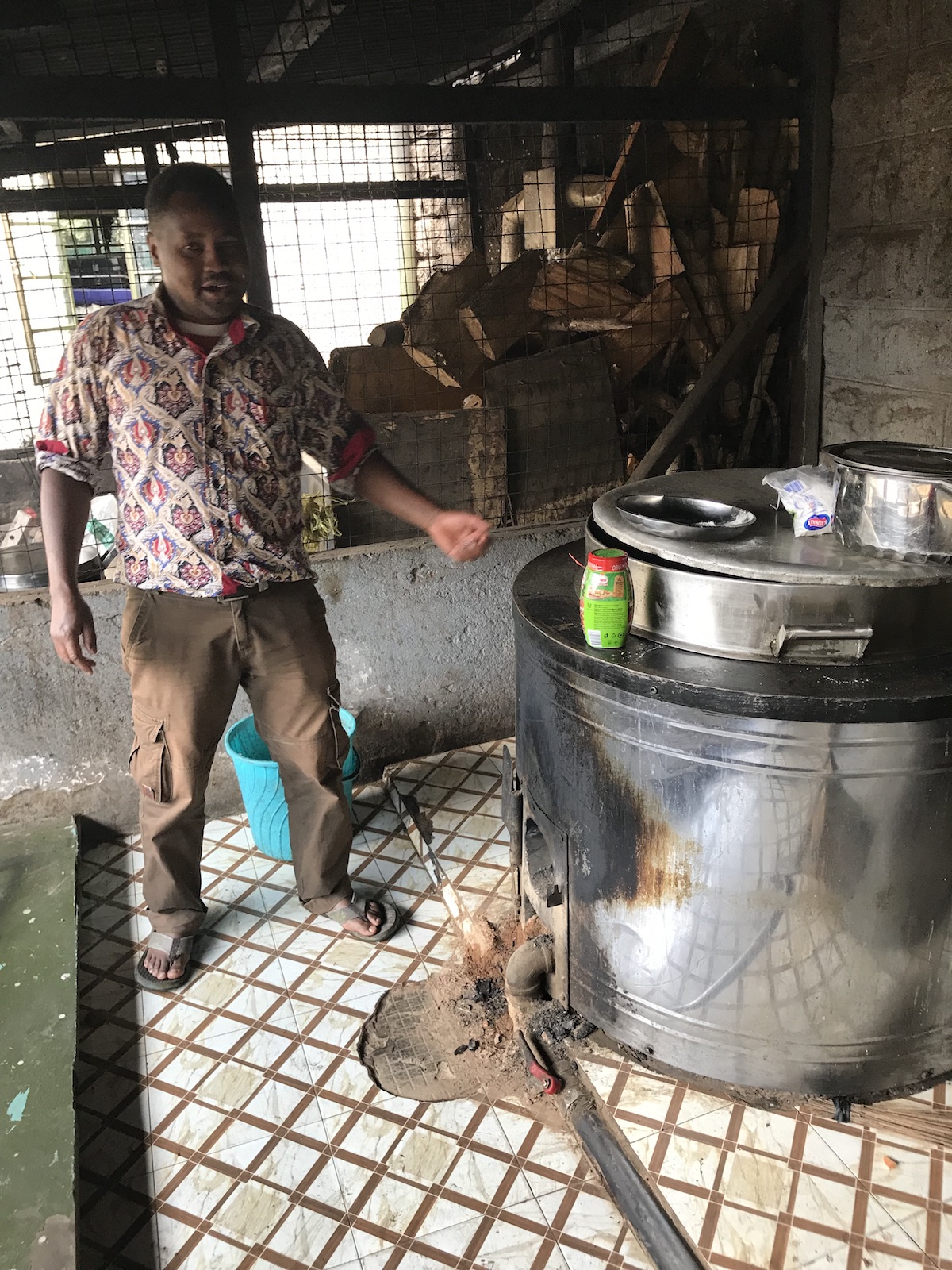 Until recently, Mutua used firewood for cooking meals at the all-boys school in Nairobi. The resulting smoke became so bad that two of his cooks left after the doctor advised them that their health was in jeopardy. Firewood is the main fuel for cooking and heating across Kenya, used by households, industries and the country’s more than 20,000 schools.

But this year, Jamhuri High School started doing things differently. The school shifted to biomass briquettes made from organic wastes like sawdust and sugarcane stalks. Mutua and his staff are already breathing easier. John Kioko, a cook, said that the briquettes burn faster and save time. It previously took two hours to prepare breakfast; it now takes an hour-and-a-half. 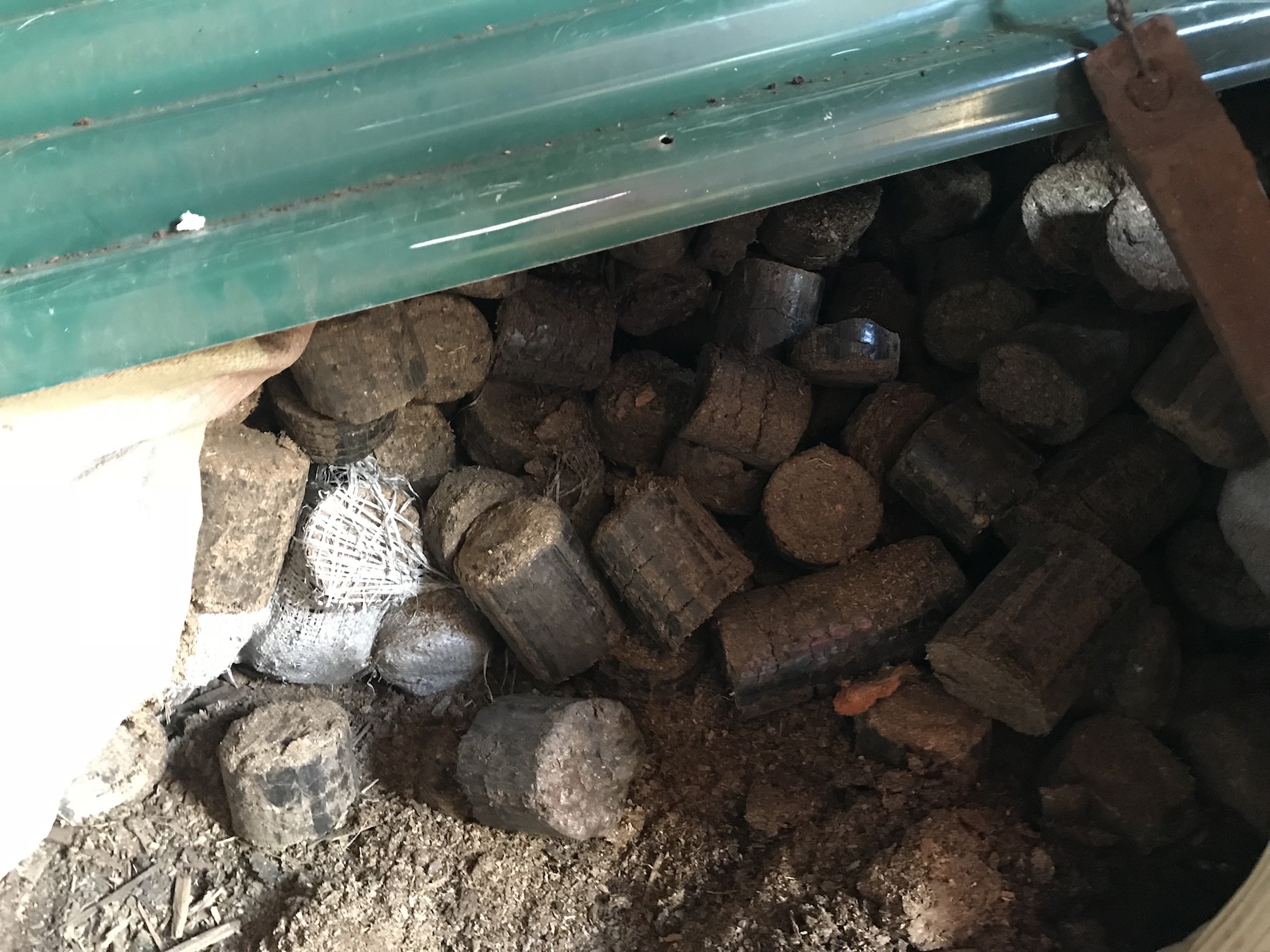 Photo by Esther Kahinga for WRI

Switching to briquettes could help forests, too. Kenya has lost roughly 9 percent of its trees since 2000, in part because of the country’s reliance on firewood. Schools are one of the biggest culprits. Each Kenyan school alone may be responsible for the clearing of 56 acres of forest every year, according to estimates by Nature Kenya. That’s more than 1.1 million acres of forest cleared every year just for school firewood.

Additionally, many of the students coming to Jamhuri High School are seeing biomass briquettes for the first time. Several said they would tell their parents about them. Shifting rural and urban households from firewood and charcoal to biomass briquettes could take tremendous pressure off forests while also improving human health. According to the World Health Organization, indoor air pollution from burning firewood and charcoal is linked to diseases like pneumonia, heart problems and lung cancer.

While Jamhuri High School’s shift to briquettes should serve as an inspiration to other schools and facilities in Kenya, there are hurdles to overcome before the use of briquettes is widespread.

Biomass briquette manufacturers often do not have the production capacity or working capital  to consistently supply the product. For example, Mutua lamented that Jamhuri’s supplier, Olkario Bio, could not provide briquettes in May and June this year. “During the rainy season, the trucks could not pick up the sawdust from deep inside the forest where the saw mills have been dumping their waste,” said Janet Nyambura, sales and operations manager at Olkaria Bio.  “The company did not have the money to stock enough raw material in anticipation of the rains, and production was disrupted.”

Other entrepreneurs in the biomass briquette business have faced similar struggles meeting demand. Some lack the equipment needed to ramp up production. Others face challenges like getting sufficient access to electricity.

Biomass briquette manufacturing companies often also lack the financial strength to provide customers with complete solutions. For example, Jamhuri shifted to using briquettes only after Olkario Bio supplied them with a cookstove equipped with a blower designed to burn briquettes faster. While the company expects to recoup the cost of the cookstove (260,000 Kenyan Shillings, or $2,600) through a six-year contract, it does not have the ability to finance this expenditure for more schools. 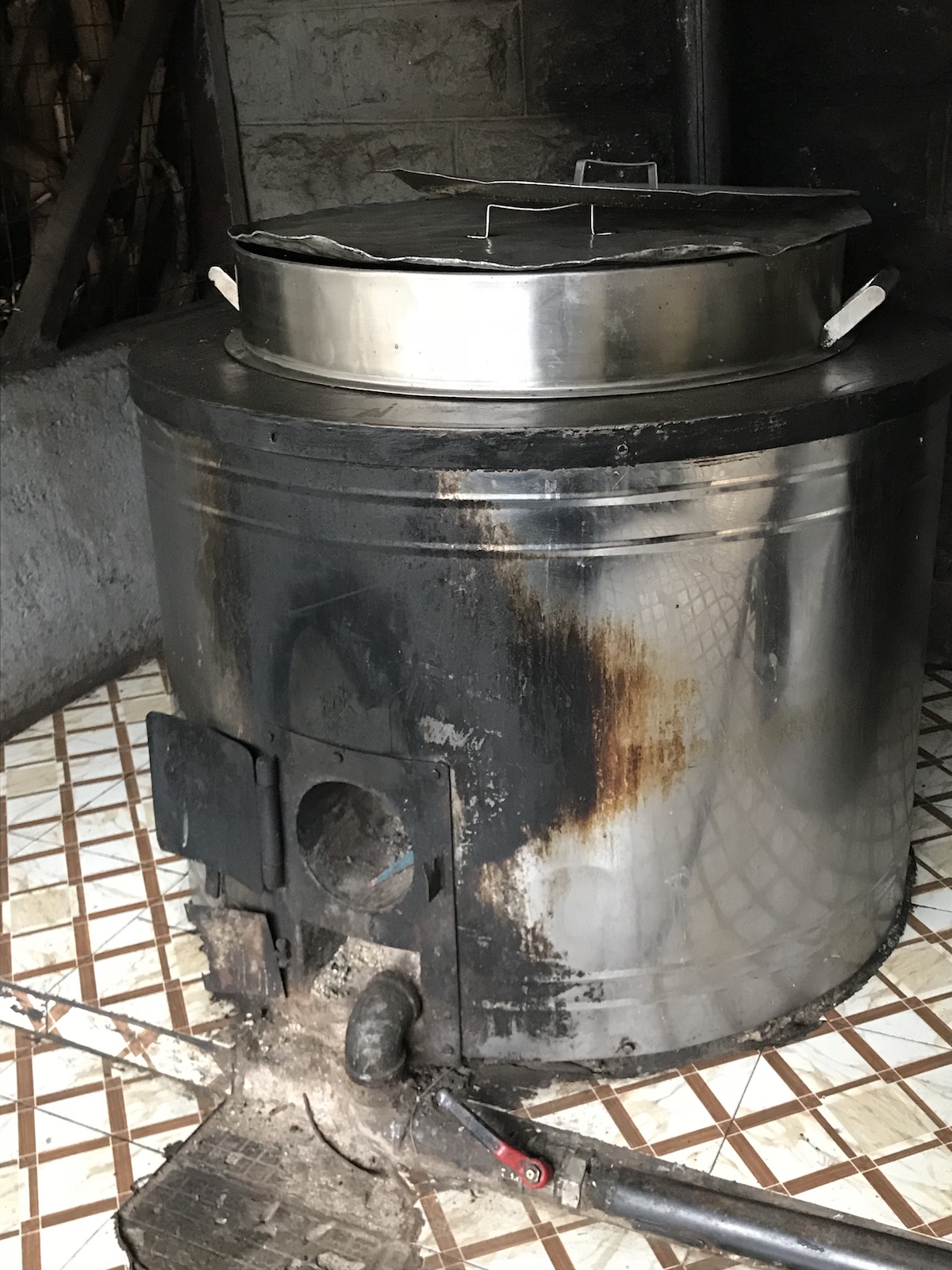 Financing is key for overcoming these hurdles. Biomass briquette manufacturers need greater access to capital that would help them expand their production capacity – which could take the form of bank loans or equipment leasing. Banks could also provide funding to schools, which are often larger and more established than briquette entrepreneurs, to buy the cookstoves themselves.

As the experience of Jamhuri High School shows, the demand for biomass briquettes exists and the benefits are clear. Now, this facet of the clean energy industry needs just a little help to take off.

Esther Kahinga is a knowledge management and communication specialist based in Nairobi, Kenya. Her main areas of interest are social enterprises, clean energy and sustainable development.